Posted on September 22, 2018 by lynnkelleyauthor

In Part 1 of Hollywood Boulevard, we covered how George and I ventured to Hollywood and Vine to meet my online writer friend, Cait Reynolds.

I shared photos of some of the sidewalk stars with the names of famous old-time movie stars. 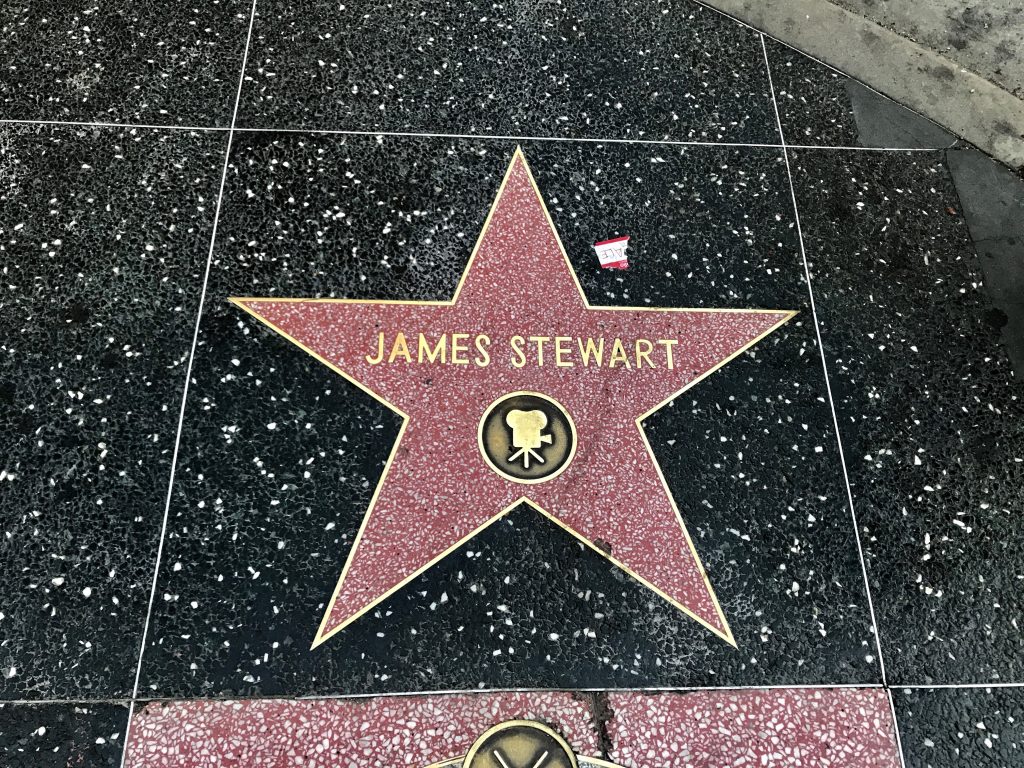 While waiting for Cait to arrive at our meet-up spot, my imagination got the best of me as I gazed out the window of  The Pie Hole, intrigued by the assortment of fashion statements and hair styles, the wide range of expressions on some faces and yet others masked with blank stares.

Such a strange mixture of sights in that massive city: towering buildings interspersed with small businesses sporting creepy signs, plus the nonstop noise of traffic battling through mazes of streets, racing to get ahead in the rat race.

Definitely felt displaced and sensed a pinch of paranoia creeping in. Thankfully, Cait and her husband arrived just in time to save my thoughts from plunging into a deep, dark worm hole leading to Planet Nerdout. Whew! 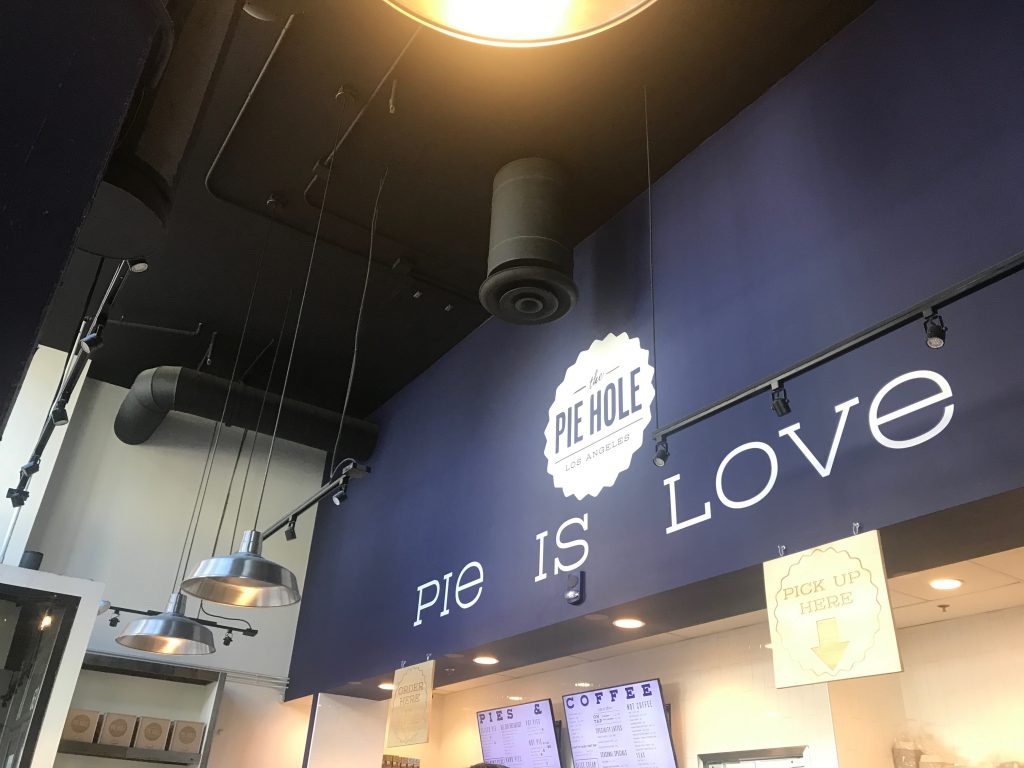 It was awesome to meet Cait in person. She’s an instructor for WANA International, an online hangout for writers founded by social media guru and author, Kristen Lamb.

WANA stands for We Are Not Alone. Writing can be a lonely business, so it’s important to connect with other like-minded beings. Fiction writers can be quirky, with mind-bending ideas that often scare regular folks. Many writers manage to evoke an image of normalcy, so kudos to them. Maybe one day they’ll share their secrets with us. 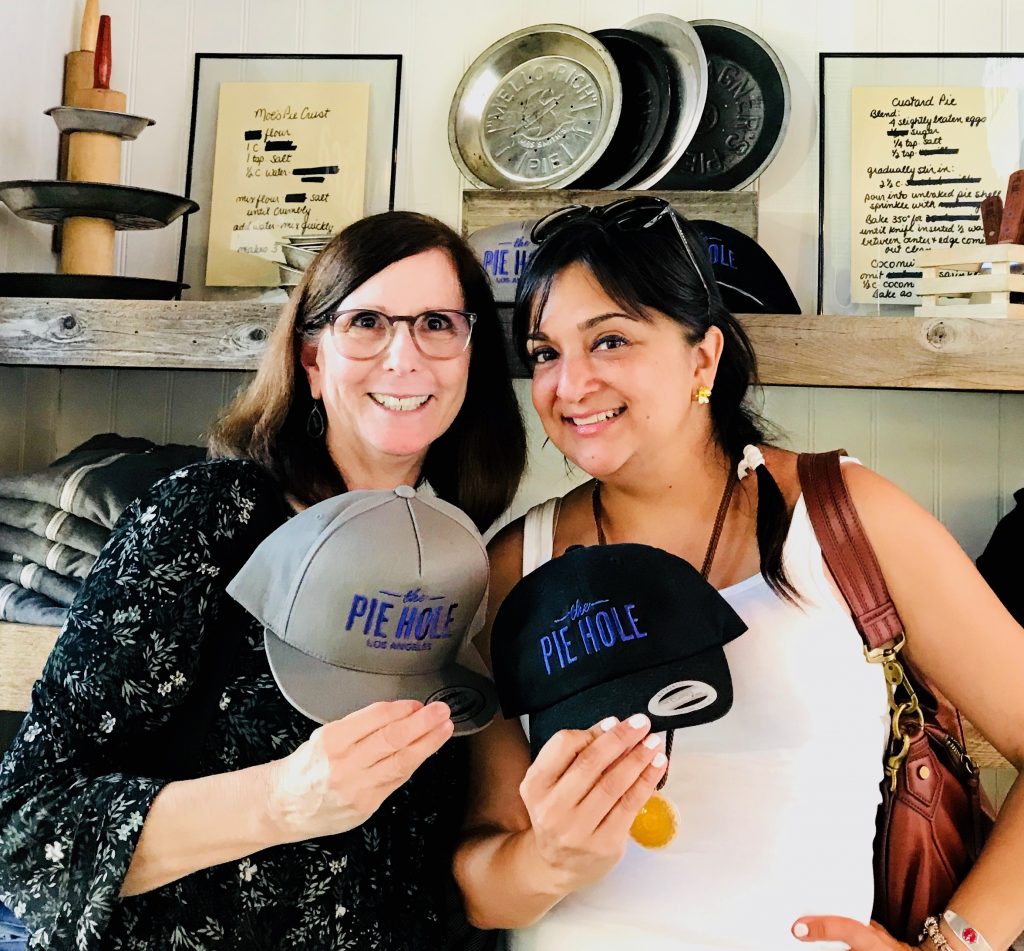 Cait is friendly, full of spirit, and has a sharp sense of humor. We discussed some of the concepts she had taught in a WANA class a few days prior. Picking the brain of a brilliant creative is like eating a piece of inspiration pie. Boom! The brain explodes with more other-weirldly ideas. (Thank you, Cait!)

How ironic that I had just taken Kristen and Cait’s speculative fiction classes, which included Building Planet X, Populating Planet X, and Beyond Planet X, and now here I was meeting up with Cait in a real-life dystopian setting. No wonder I was on the verge of a panic attack.

In Beyond Planet X, Kristen covered topics such as building parallel timelines, time travel, non-linear, unreliable narrators, and much more.

When they get together, those two are a riot (as in funny, not a mob wreaking havoc on Pandemonium Boulevard).

I’d be willing to bet they’re destined for galactic domination. Check out this short clip:

Part of the description for the Building Planet X class stated, “Is Soylent Green gluten-free? All the questions you need to ask about your world, but didn’t know…and how to keep track of all the answers.”

Soylent Green? Ew, blech, gag! Can’t even imagine what it tastes like or what kind of consistency it would have. Hmm, that might be a great writing prompt challenge, huh?

If the thought of eating that slimy green concoction grosses you out, let’s change the subject to more appealing food. The Pie Hole’s Earl Grey Tea pie is to die for, and their pumpkin pie is spicy, zesty, and scrumptious. Mm-mmm.

Oops! My mind is wandering again, so I think I’ll go along. Wanna come, too? 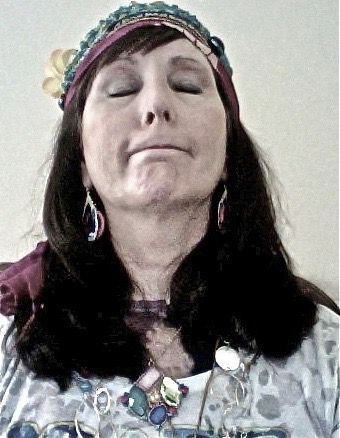 How do you think old-time movie stars would react to present-day Hollywood if they were beamed through time and landed on the giant X in the middle of a Hollywood intersection?

Would they freak, or would they be fascinated? Or something else?

What are your thoughts? Do you like speculative fiction? If so, what kind? Would you enjoy hanging out on Hollywood Boulevard? Do you like pie? I’d love to hear from you!