Need a Fun Game to Play for New Year’s?

Posted on December 28, 2018 by lynnkelleyauthor

Are you looking for a fun game to play for New Year’s? 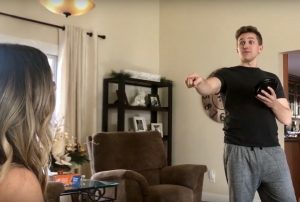 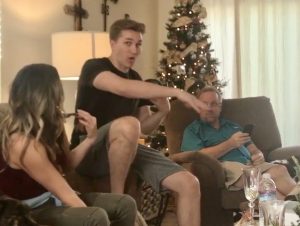 George and I got together with our kids and grandkids Christmas Eve, but then we went to my sister Cindy’s on Christmas Day, and we played Catch Phrase. I’d never played it before, but it was great fun. The category was “Everyday Life.” 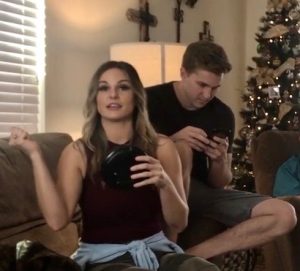 Here’s a video below. At first, nobody wanted me to record us playing the game, but then my dad’s expressions were so funny, my mom asked me to get my camera out.

He’s pretty funny at the 30-second point of the video. 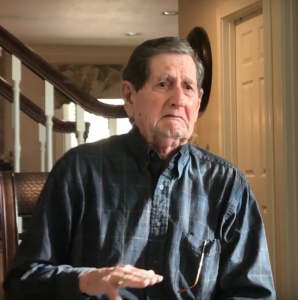 I’ve mentioned in previous posts about my Dad’s Alzheimer’s, and I wanted to say that despite having dementia, he was able to participate in Catch Phrase with a little bit of help. 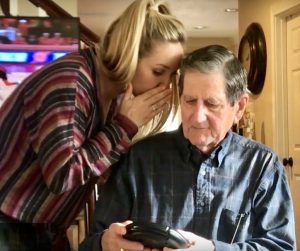 He participated in various ways, such as guessing at other player’s clues and also giving appropriate prompts for us to guess his “phrase.” 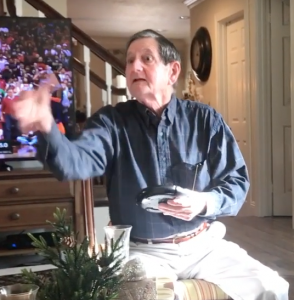 He came alive and became fully engaged. A game like this is what people in early to mid stages of dementia need, in my humble opinion. It’s all about brain games, learning new skills, doing something different, and thus building and reinforcing new pathways in our brains.  In other words, neuroplasticity, which is fascinating. 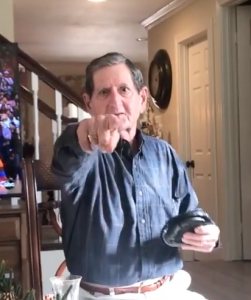 Dementia begins years before any symptoms appear. I’m 62 and old enough to be concerned about getting it myself. Any activities, especially new activities, that engage our brains are going to help us ward off this dreaded disease. So, I always appreciate opportunities to exercise my brain. The laughter is a huge bonus and is super healthy for us, too. 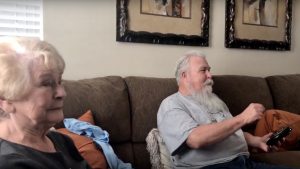 Keep in mind the game is geared for ages 12 and up, so it worked out well that the grandkids weren’t at this gathering.  You can bet we’ll play it with them in the future when they’re older.

Catch Phrase can be played with teams or you can keep track of individual points. We didn’t keep score.

The other cool points about a game like this is that it’s not only inexpensive fun, but it gets people off their cell phones (somewhat)  and strengthens family (or friendship) ties, not to mention making precious memories.

Catch Phrase is available on Amazon if you’re interested in purchasing it.

For a small group of four to six people, the card game 99 is a kick. Here’s my post about 99. It’s one of our favorites.

What are your thoughts? What kind of games do you like to play, if any? Do you have any special plans to celebrate New Year’s? I’d love to hear from you!

1 Response to Need a Fun Game to Play for New Year’s?