Posted on October 15, 2018 by lynnkelleyauthor

This is a real-life parenting story, one that gave me tons of gray hair.

I revised one of my favorite parenting stories and then recorded it. At the time it happened, it gave me quite a scare that caused a full-blown panic attack.

For anyone who can’t watch the video, here’s the manuscript:

Back in October 1997, all four of our kids still lived at home. It was a few days before Halloween, and I dragged my husband, George, with me to a play at the Montclair Plaza, leaving 16-year-old April in charge of her two younger sisters, Amy and Suzee, ages 12 and 8. Our eldest, 17-year-old Mike, wasn’t cut out for babysitting back then. I’ll leave it at that. 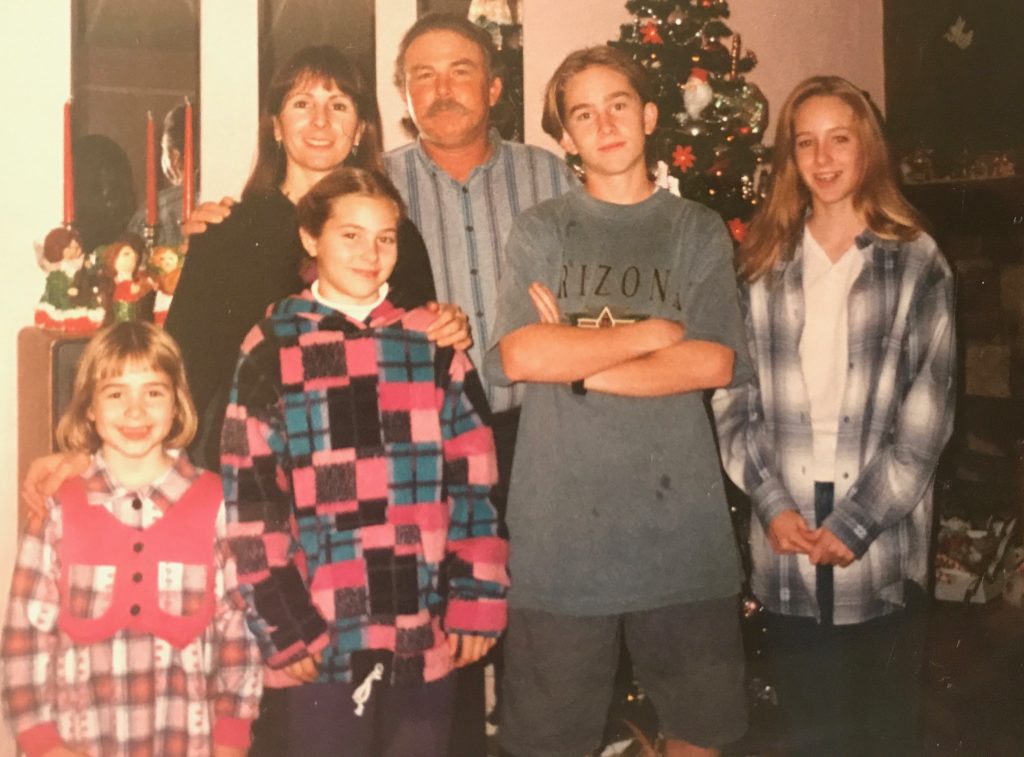 The play was titled “Everyman in the Mall, ” a modern spin  on a morality play from the late 15thcentury titled “Everyman.” The performance started in the evening after the stores had closed up, and the audience followed the characters through the Montclair Plaza, up and down escalators and elevators and all over the place to view the various scenes.

The theme was “death” and how every person must face it sooner or later. The grim reaper character creeped me out. So did the spooky, eerie atmosphere.

Let’s just say I don’t deal well with the horror genre and can’t watch movies like Friday the 13th.

About halfway through the play as we headed to the next scene on the lower level, a security guard walked up and read my name tag. Then he asked, “Is there a ‘George’ in the crowd?”

“Yes, right here.” I pointed at my husband.

The guard spoke into his walkie-talkie, “Okay, I found them.” He pulled us aside and told us to call home, that there was some kind of emergency.

My stomach clenched. I was at a play about death and now something terrible must have happened to one of my kids. I dialed our home number, but my chest tightened up and I couldn’t talk, so I handed the phone to George.

A moment dragged on in slow motion as my imagination conjured up horrible scenarios, too horrific to even mention. I prayed silently throughout the full-blown panic attack.

Finally, George told me, “They’re all right. It’s not an emergency.” I caught my breath as I listened to George tell April she almost gave her mother a heart attack by calling us. 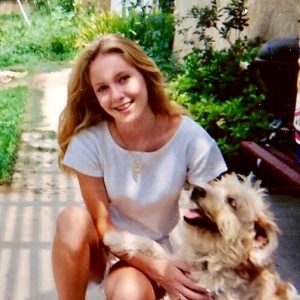 As it turned out, April had started feeling sick and was running a fever. Mike and his friend, Brad, had dressed up as the killer from the movie “Scream” and were banging on the windows and scaring Amy and Suzee. Next, the boys climbed up onto the roof.

Their stomping back and forth and pounding on the skylights set off Amy and Suzee’s hysterical screaming and our two dogs barking and howling at all the commotion.

April tried again and again to settle everyone down, to no avail. She was afraid the neighbors might call the cops, so she resorted to calling us at the play. My cell phone must have been turned off, so she got a hold of mall security and stressed to them that it wasn’t an emergency but very important that she reach us.

Apparently, security didn’t listen to that part. Maybe the background noise sounded like bloody murder with the screaming and barking, but they treated it like it was a dire situation that demanded our immediate attention.

It was hard to follow the rest of the play after that, but that was okay because we were thankful our kids were all right. We grounded Mike for life, and that was letting him off easy.

What are your thoughts? Have you had any experiences like this, either as a parent or as a prankster trying to scare your siblings? Please share your story in the comments and I might feature it in a future post. It’s okay to change the names of the guilty parties. 🙂

7 Responses to Parenting – It’s a Scream!