Posted on September 21, 2018 by lynnkelleyauthor

Have you ever walked down Hollywood Boulevard? 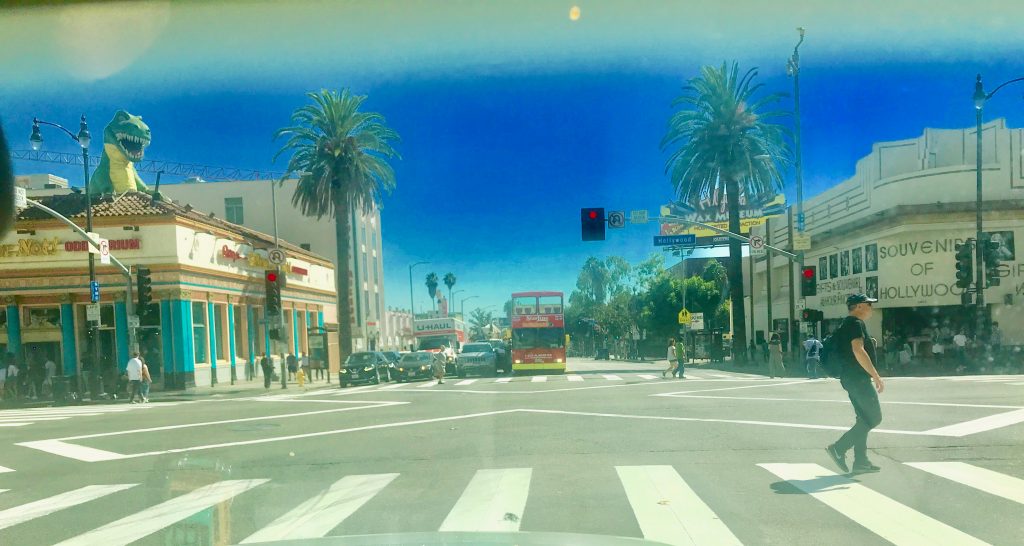 The other day, my husband George and I ventured out to Hollywood to meet up with one of my online writer friends, Cait Reynolds. She lives in Boston, and I was looking forward to meeting her in person.

While stopped at a traffic light at Highland and Hollywood, I noticed the intersection had diagonal crosswalks. There’s a giant X painted onto the street. Are you familiar with that kind of crosswalk? Maybe I’ve been living under a rock?

You wouldn’t believe the crowd of people who had crossed the street before I snapped this photo. It was wild to watch them crossing diagonally and how they had to maneuver around each other when they merged in the middle of the X.

Honestly, I felt like I was thrust into one of the dystopian novels I’m a fan of. Neat to read that kind of stuff, but I must confess I felt uncomfortable and claustrophobic in this real-life setting. 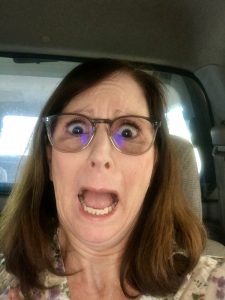 Once we found the public parking structure, we walked along Hollywood Boulevard toward our meet-up spot, The Pie Hole.

It was so cool to see all the stars in the sidewalks. I snapped pics of some of them. This was on the corner of Hollywood and Vine: 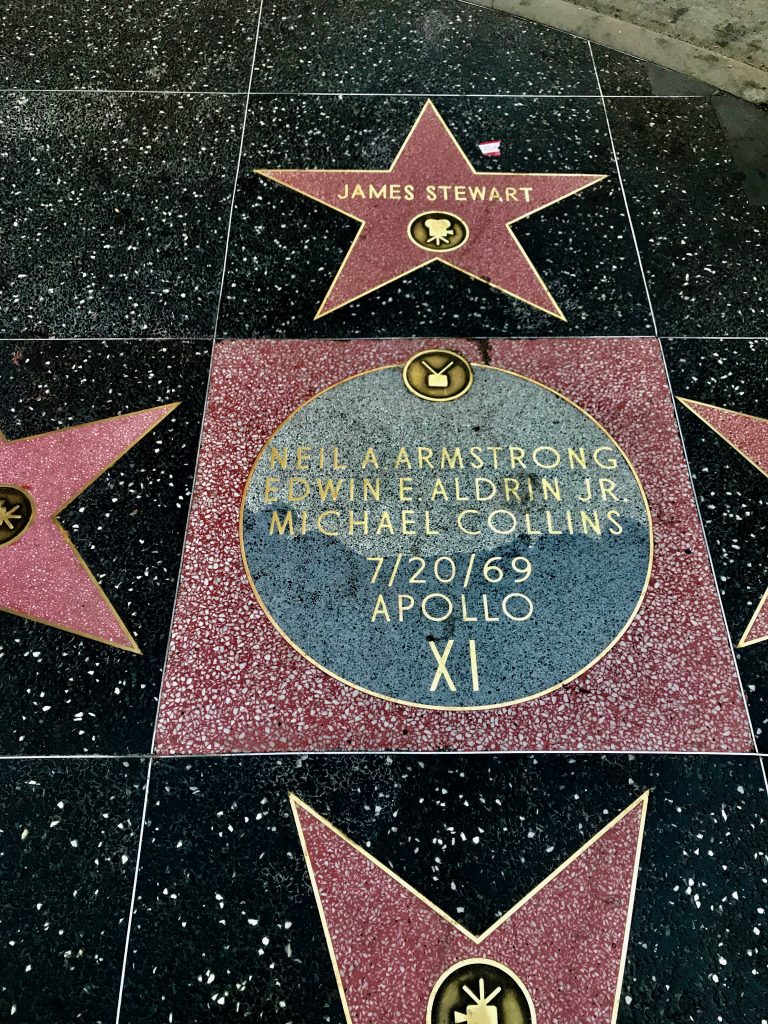 Jimmy Stewart! My all-time fave. I love George Bailey, the character he played in “It’s a Wonderful Life.” James Stewart is a legend.

And the Apollo XI astronauts! Wow, out-of-this-world thrilling to see their names inscribed in the sidewalk and preserved for future generations to discover.

George and I got a kick out of the sidewalk stars, though there were many names we’d never heard of. It reminded us of the Kinks’ beautiful and poignant song, “Celluloid Heroes.” Man oh man, it evokes so many emotions. Actually, brings me to tears.

Are you familiar with it? 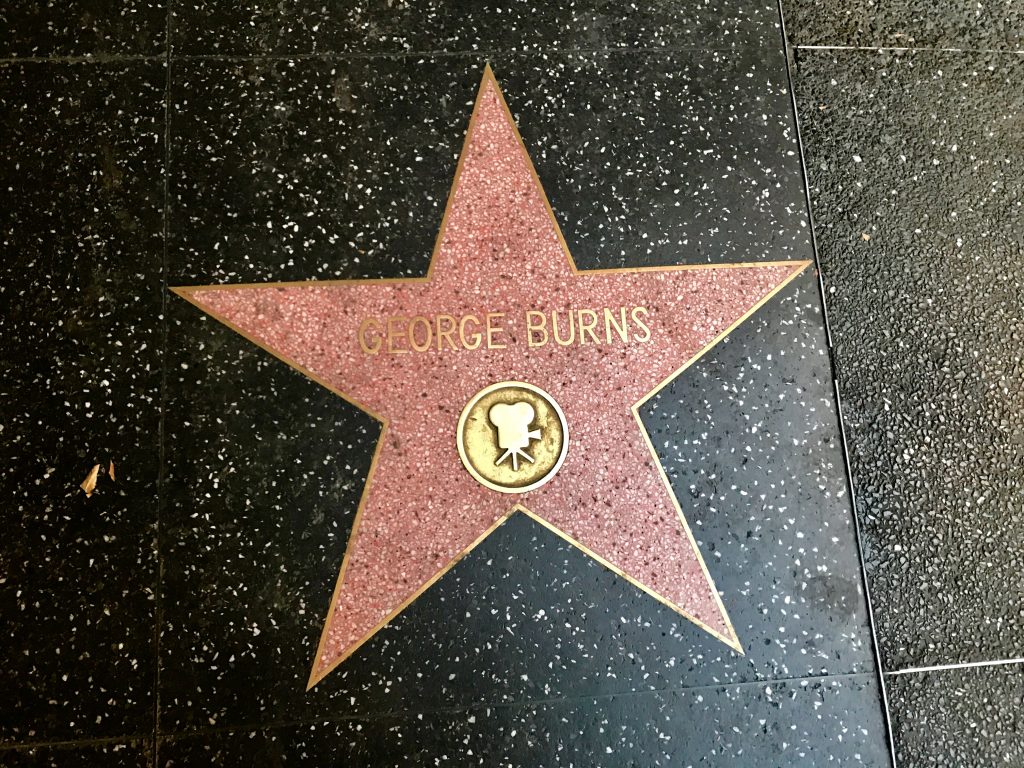 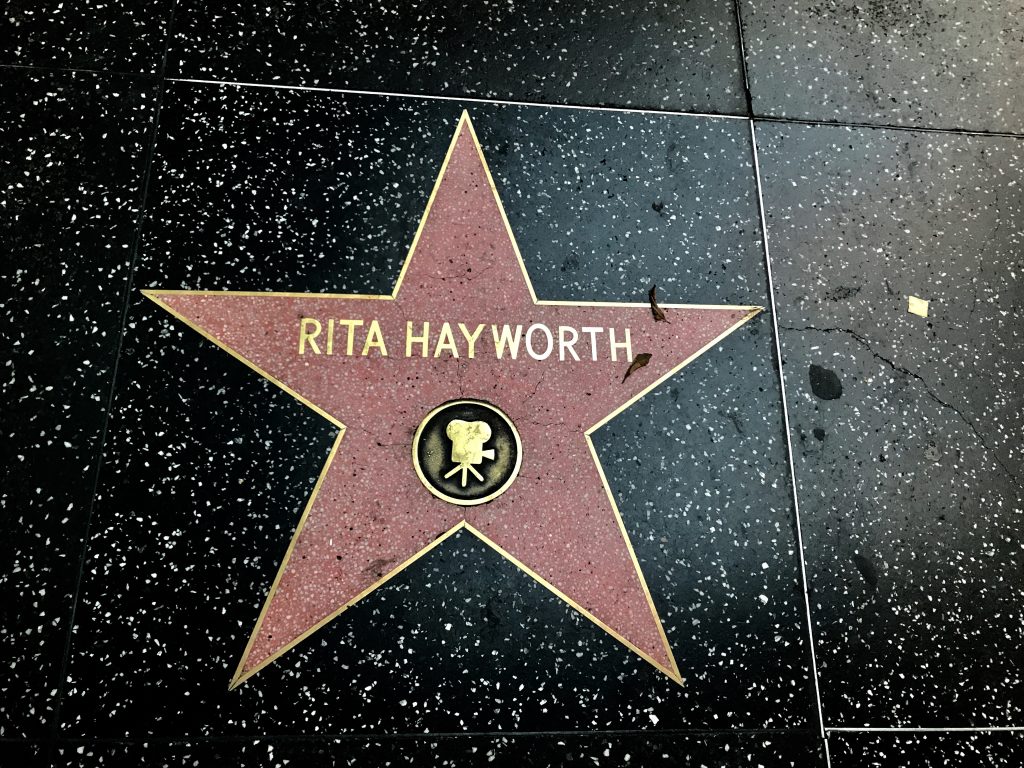 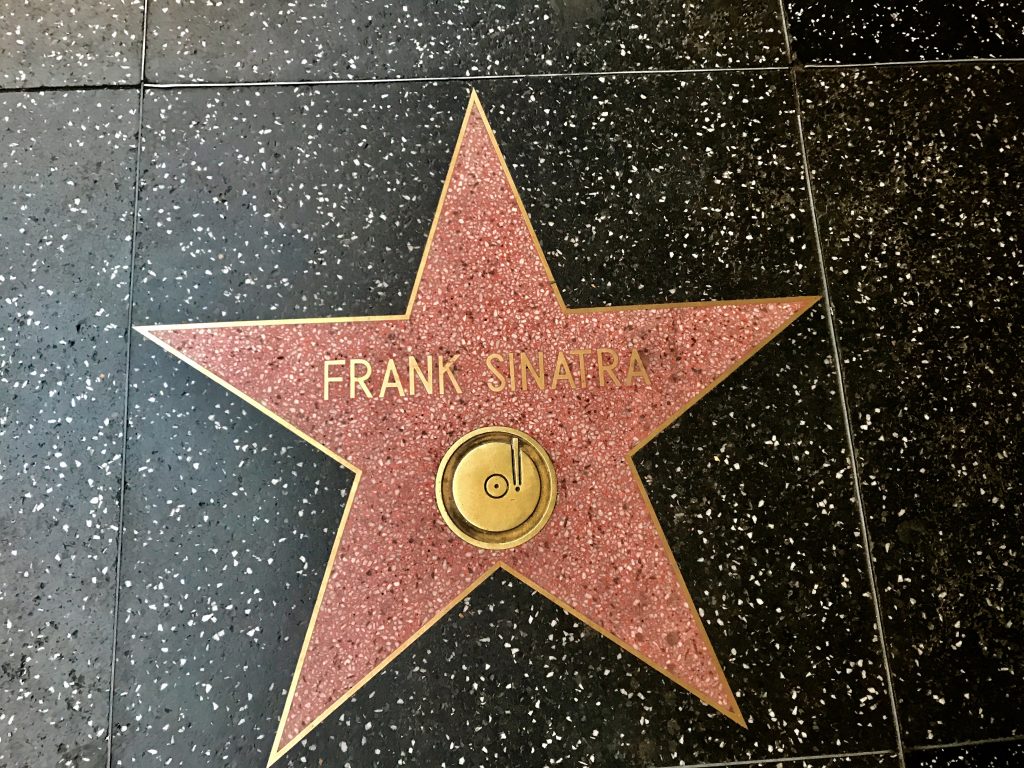 Once George and I settled in at The Pie Hole to wait for Cait to arrive, I spotted Capitol Records in the distance: 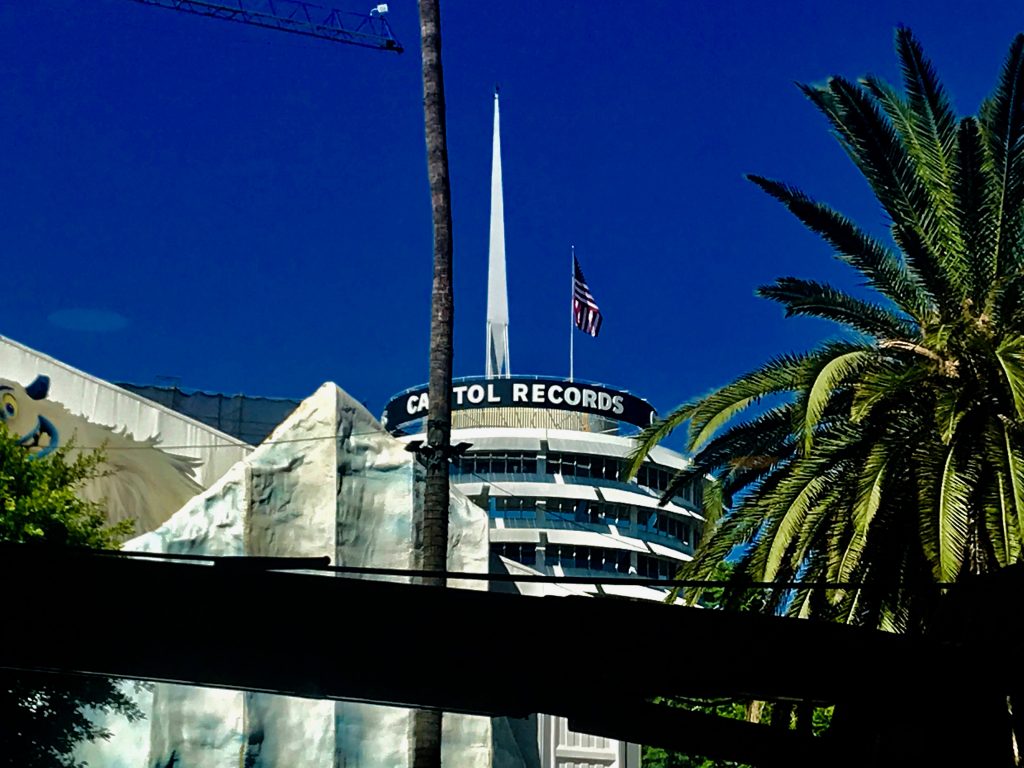 George reminisced about his teenage days when his friends and he liked to hang out on Hollywood Boulevard. People passed out copies of the Free Press, and he said it was kind of like the Haight-Ashbury of L.A.

Hmm, married for 42 years and I never knew that about him.

Looking out the window from my seat, I had a prime view to people watch. Unending characters scrolled past us. Crowds and crowds of people. As I looked closer, I realized each person had a unique look, their own distinct vibe, and I’m sure if I sat down with each one, their life stories would move me. I reflected on how easy it is to get lost in the shuffle of humanity in a big city and a world full of billions of souls.

My muse was having a field day messin’ with me.  Thankfully, Cait Reynolds arrived and yanked me back to the third dimension.

Tomorrow, in Part 2, I’ll share more about my adventure on Planetoid Hollywood.

What are your thoughts? Have you walked down Hollywood Boulevard? If not, would you dare to? Does your imagination sometimes get the best of you? I’d love to hear from you. Please share!