Old, New, and Weird Facts About the Flu

Posted on January 31, 2018 by lynnkelleyauthor

Note: It is recommended that you talk to your doctor before taking new supplements or medications or starting any new health program or treatment.

If you missed my post about the large study that shows Vitamin D can help prevent the flu, it’s worth taking the time to go here and read it.

Pretty much everyone and their cousins know how important hand washing is to avoid getting the flu. I guess knowing it and doing it are two different things for some people. 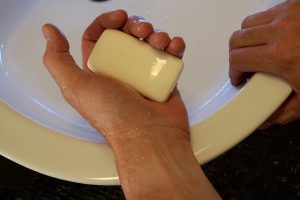 One man did his own study in a public rest room while standing at a sink, washing his hands off and on during a short period of observation. He noted 11 men used the rest room. Seven walked out, never bothering to even glance toward the sinks. 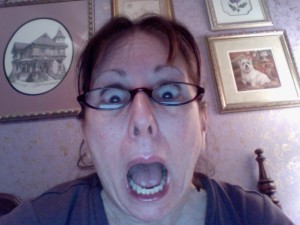 Two acted like they were washing their hands, but they didn’t. Of those 11 men, two actually did wash their hands. 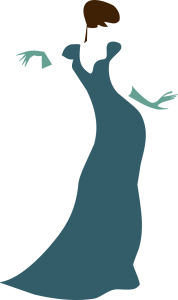 That little study makes me want to find a nifty pair of gloves to wear whenever I have to go out in public, especially if shaking hands is likely.

There’s a short video that’s new on YouTube that I almost added here, but it was extremely upsetting because it showed pictures of children who died from this year’s influenza outbreak. So heartbreaking.

If everyone watched that video, we’d all be diligent about washing our hands and preventing more germs from being spread. Such a simple act that can make a huge difference. 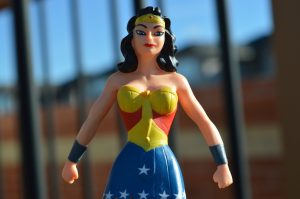 The Flu and Stomach Flu (Norovirus) Are Different

Many people confuse these terms. The flu is influenza, which affects the lungs. Stomach flu (norovirus) is actually a gastrointestinal virus. You can learn more about the differences here.

For more info about norovirus, watch this 3-minute video.

Note: Norovirus survives on surfaces much longer than influenza and it can live in food, thus causing people to think they have food poisoning.

How Long Does the Flu Virus Survive on Surfaces?

According to “NHS Choices” the flu virus can survive on hard surfaces for up to 24 hours.

“The influenza virus can survive on paper money for 10 or more days,” according to an article in “The New York Times.”

The exception is copper, brass, bronze, and zinc, which kill the virus almost immediately. 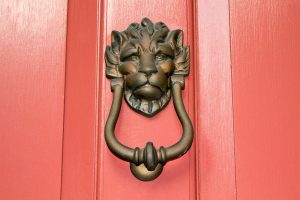 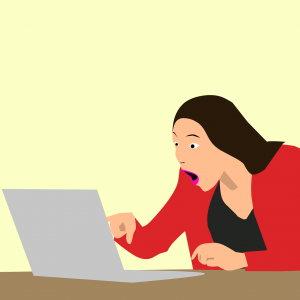 What if all doorknobs were replaced with influenza fighting metals? I was feeling hopeful when I Googled, “What metal are most doorknobs made out of?” and the answer was “brass.” Less germs being passed around. Yay!

What a bummer to read “Sweat disables copper’s antibacterial properties, with implications for doorknobs and handles everywhere.” 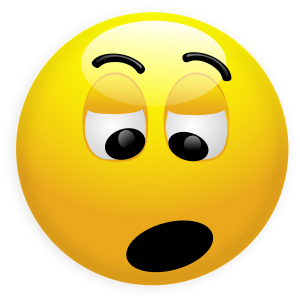 Bob Hirshon from AAAS the Science Society commented, “So even if an institution has germ-resistant copper fixtures, they still need to clean them and encourage frequent hand-washing.”

More Things You Can Do to Help Prevent Getting the Flu 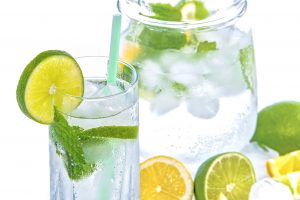 Stay Hydrated. I’m sure you’ve heard that advice a million and one times. If you have dry mouth, you may be dehydrated. Drink plenty of liquids throughout the day to help your system run smoothly and ensure your saliva is doing its job. Yes, we’re talking about spit. Who woulda thunk?

Saliva “provides a defensive barrier against bacteria, fungi, viruses” according to Health Blurbs.

As if this post could get any stranger, an article in a June 2013 ACS News Service Weekly PressPac explains “Saliva proteins may protect older people from influenza.” It states that in addition to starting the process of digestion, “Saliva also contains germ-fighting proteins that are a first-line defense against infections.”

That wasn’t new information to scientists, but Zheng Li and colleagues looked into how this benefit of saliva affects different age groups as related to influenza:

“Their tests of 180 saliva samples from men and women of various ages suggested that seniors, who fought off the bird flu better than the younger groups, might thank their saliva. Glycoproteins in saliva of people age 65 and over were more efficient in binding to influenza than those in children and young adults.” 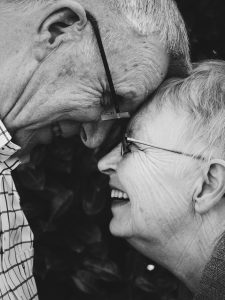 According to an article in “Letters in Applied Microbiology,” flu vaccines aren’t always sufficient because “viral mutagenesis occurs rapidly (Ujike et al. 2010). Therefore, it is desirable to boost the immune system and promote resistance against IFV infection in daily life.”

An article in “US National Library of Medicine National Institutes of Health” reports the results of a study done on a probiotic drink made from a Japanese pickled turnip, Lactobacillus brevis KB290, works against the flu virus because it produces flu-specific antibodies and it’s tolerant to stomach acids.

Probiotic Foods Recommended by “Eat This Not That” 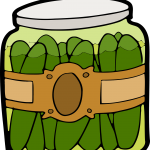 An article in “Eat This Not That” titled 18 Probiotic Fermented Foods for a Healthy Gut lists foods which have probiotics. You’ll want to read up on each specific food for the details:

Were you surprised by some of these foods? Me, too!

Unfortunately, this year’s flu vaccination isn’t as effective as experts had hoped, so if your immune system has been weakened, do your best to build it up with a probiotic supplement or fermented foods mentioned above.

Also, get plenty of sleep and exercise and eat well-balanced meals. Same advice you’ve been hearing for years. This is a reminder from Grammy. 🙂

If you’re in the high-risk category, avoid crowds as much as possible.

If you get the flu, stay home. You may save a life.

What Does the Future Hold?

Research is underway to develop a Band-Aid vaccine. It’s supposed to be pain free, doesn’t require refrigeration, and remains stable at room temperature for a year or so. One side looks like a Band-Aid and the other side has 100 microneedles that feel similar to velcro pressing against the skin when applied to the back of the wrist.

Band-Aid vaccines would eliminate the need for needles or syringes to vaccinate against influenza, plus the patches would be much easier to distribute.

“Radio New Zealand” reported “Scientists are digitising our immune system so they can quickly design custom-made antiviral proteins that shut down deadly and rapidly evolving diseases like influenza and HIV.” 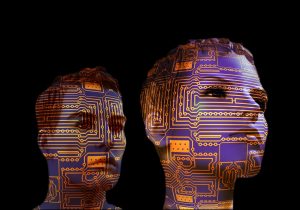 Wow! Honestly, who woulda thunk? Technology has come a long way since I was a kid. What do you think about the advances being made?

Here’s an interesting article about Why This Year’s Outbreak is One of the Worst.

If you do get the flu, here’s a video with some helpful suggestions to help you get through it:

Note: It is recommended that you talk to your doctor before taking new supplements or medications or starting any new health program or treatment.

What are your thoughts? Anything you’d like to add that I didn’t cover? I had to pick and choose from all the info online and I could have spent another month on this, but you’d have been long gone.

I’d love to hear from you. Thanks for stopping by!

Like Loading...
This entry was posted in Health and Wellness, Lynn Kelley and tagged antibacterial doorknobs, antiviral proteins designed by computers, Band-Aid vaccine, facts about the flu, flu and stomach flu are different, flu hacks, how long does flu survive on surfaces, Lactobacillus brevis KB290, preventing getting the flu, probiotic foods, probiotics boost your immune system. Bookmark the permalink.

4 Responses to Old, New, and Weird Facts About the Flu