Posted on January 24, 2016 by lynnkelleyauthor

Rumors of shape-shifting creatures have haunted humans for ages. Werewolves, also known as lycanthropes, along with vampires, are the most well-known shape-shifters. 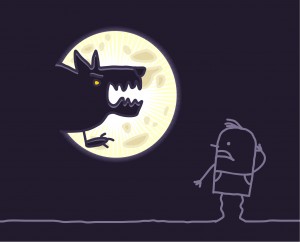 Here are some common folklore beliefs about werewolves:

The belief that the only way to kill a werewolf is with a silver bullet or silver object started with modern literature. 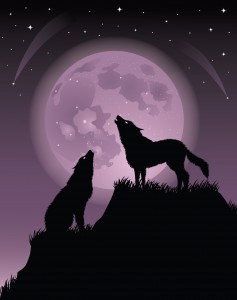 Long ago, people believed a person could turn into a werewolf for the following reasons:

Nowadays, there are still reports of werewolf sightings around the world. In areas where wolves never existed, there are reports of other types of man-animals. In Africa, it’s werehyenas. In India, it’s weretigers and werepumas. In South America, there are werejaguars.

Are werewolves and other were-animals real or just a myth? 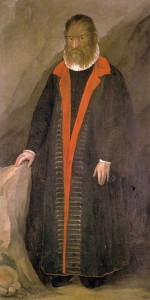 Petrus Gonsalvus (1648), the first recorded case of hypertrichosis – This work is in the public domain in its country of origin and other countries and areas where the copyright term is the author’s life plus 100 years or less.

There’s a rare disease, hypertrichosis (also known as Wolfitis), which causes excessive hair to grow all over the body, and in super bad cases, all over the face and neck, too. This disease can make a human look like a wolf, but they don’t have animal-like behavior.

Another thing that causes hallucinations (and even death) is a fungus called Ergot, which infects the grains of wheat and rye. Hundreds of years ago, people were unaware of this fungus. The infected grains were used to bake bread. Eating bread containing the poisonous Ergot caused mass hysteria and hallucinations.

Some scientists believe the legend of werewolves is the result of constant low levels of Ergot poisoning in some locations, causing many villagers to have visions of being chased by werewolves. Ergot poisoning might explain how the belief in werewolves became so strong in some areas, but wolfmen have been reported in places where no Ergot-infected grains ever grew.

Another possible explanation for werewolf sightings may come from rabies, a viral infection caused by being bitten by an infected animal. People with rabies can have hallucinations and strange behaviors, which make them want to bite other humans, so rabies has played its part in werewolf legends, too.

These explanations probably wouldn’t change the minds of many people in the state of Wisconsin who claim to have seen werewolves or other creatures with wolf features. Between the towns of Delavan and Elkhorn near Bray Road, there is widespread belief that werewolves are real. They are called the Bray Road Monsters. You can read more here and here.

Witnesses say they’ve seen werewolves. Scientists say there are other explanations. What say you?

Do you like werewolf tales? If you do, grab my free ebook, Trio of Haunting Tales, Spooky Short Stories for kids ages 8 and up.

In Night of the Howling Werewolf, Eric Lung searches out the bullies who jumped his best friend, Ben, and stole his bike. Things get weird on Slaughter Hill, the bullies’ favorite hangout.

And you might enjoy the other two short stories. Cyclops Clyde, a freaky computer monster, wreaks havoc both on and off screen, taunting and paralyzing his victim.

Ghost Warrior kicks the fright factor up and will creep out even the bravest of souls. Connie worked overtime and now worries that she’ll be punished with extra pushups for being late to karate class, but pushups become the least of her problems when rival ghost gangs that haunt the parking structure claim first dibs on this mortal prey.

Here’s a not-so-spooky book teaser. I had fun making it a few years ago. It features another werewolf, Wild Hairy. It’s actually me (Shh, don’t tell anyone) with a bad case of Wolfitis.

So, do you think werewolves are fact or fiction? Does reading this stuff creep you out and give you the heebie jeebies? I think it’s spoo-oooky! Watch the video. It’ll shake your fears away.

17 Responses to Werewolves – Fact or Fiction