Posted on March 11, 2015 by lynnkelleyauthor

This is a different kind of post on health and wellness. Dreaming, setting goals, and working toward those goals plays an important role in our overall well-being.

I have a lot of goals these days, and I’m applying creative visualization as I work to achieve them. Here’s a Toastmaster speech I gave a few months ago. If you can’t access the video, the text is below.

Have you ever dared to dream an impossible dream, or did your dream seem so far reaching that you buried it deep within your heart, where it left its mark in the form of a little crack, a reminder that it still claims a piece of who you are?

Did you try for that dream, but failed? Or are you one of the few who achieved their impossible dream? Why does one person fail yet another succeed? How do the successful ones do it?

Does the old saying “practice makes perfect” apply? Yes. But there are various ways to practice. Take Jim Thorpe, for example, a Native American who proved to be one of the greatest athletes of all time. In 1912, Jim and the other American athletes who qualified to compete in the summer Olympics headed to Stockholm on a voyage across the Atlantic.

While the other athletes trained on deck, Jim kicked back in a lounge chair, relaxing with his eyes closed. A reporter named Francis Albertani asked, “What are you doing, Jim? Thinking of your Uncle Sitting Bull?” 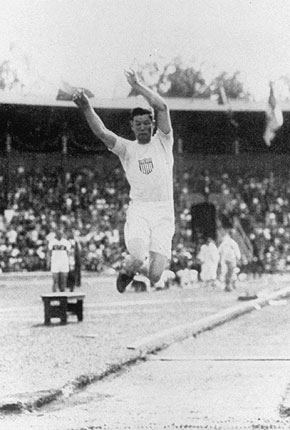 “No,” Jim said. “I’m practicing the broad jump. I’ve just jumped 23 feet, eight inches. I think I can win it.” He did win, taking the gold in both the decathlon and pentathlon.

Jim Thorpe practiced creative visualization. I have no doubt it played a huge role in his success as an Olympian, a star NFL running back, and a major league baseball player. I don’t know if he was a pioneer in visualization for athletes, but nowadays, it’s a common technique athletes use to perfect their skills.

First, what is creative visualization? It’s similar to day dreaming. We use the power of the mind to achieve goals, become successful, be healed of an illness or disease, manage pain, grow spiritually, or pretty much accomplish anything we wish by envisioning the desired result in our mind’s eye. 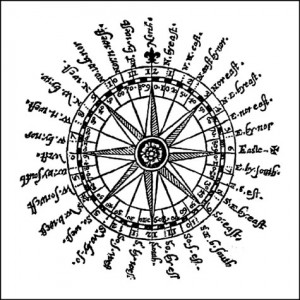 According to Rich Avery of Life Compass Blog, “It’s not just about seeing it clearly, but hearing it, smelling it, and tasting it, too.” He explains, “When you continuously focus on an idea or image in your mind, you program every cell in your body and mind to work toward achieving that idea or image. Once you impress it into the subconscious part of you, it eventually becomes ‘fixed’ and you automatically attract and move towards that which you desire.”

Rhonda Byrne, Author of the book, The Secret explains, “Law of attraction is forming your entire life experience and it is doing that through your thoughts. When you are visualizing, you are emitting a powerful frequency out into the Universe.”

Buy The Secret on Amazon.

The law of attraction can have positive or negative effects, depending on what kind of thoughts people dwell on. If you’re around negative people, chances are you’ll adapt similar thinking.

Naysayers are dream stealers. Tune them out. Let them consider themselves practical thinkers, but let them apply those thoughts to their own lives, not yours. And certainly not mine.

Research reveals how powerful our minds are. Not only do our thoughts and beliefs affect our moods and behavior, but thoughts physiologically affect our bodies. 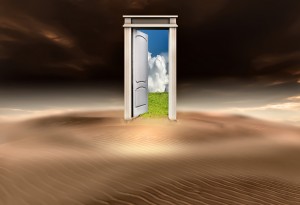 Patient B had a personality who wore eyeglasses, and that personality had different eye pressure readings than the other personalities in Patient B.

There are also instances of people who have discovered wounds or scars on their bodies after dreaming they suffered an injury, such as some people who dreamed they were caught in a fire and then discovered burn marks on their skin when they woke up.

Our thoughts hold power and can affect not only our own bodies. For example, some Tibetan Monks viewed an ultrasound of a cancerous tumor in a woman and then prayed it out of existence.

Does that blow your mind or what? There’s even a video of it on YouTube.

(The healing can be viewed about five minutes into this video. He explains it before that.)

Successful people from all walks of life practice creative visualization to achieve their goals. You might be surprised to learn many famous people throughout history have gained success by applying this same method.

Albert Einstein visualized each stage on the way to his goals. He said, “Imagination is everything. It is the preview of life’s coming attractions.”

Shakespeare said, “Nothing is, unless our thinking makes it so.”

The concept of visualization can even be found in the Bible under Mark 11:24: “What things so ever you desire, when you pray, believe that you received them, and you shall have them.”

Dig up those dreams, those buried dreams, and breathe life back into them. You can use creative visualization to become the person you’re meant to be. So dare to dream the impossible dream, over and over and over…until it’s no longer a dream, but becomes your reality.

Do you have goals you’re working toward? How do you go about it? Have you ever tried creative visualization? Please share how you fulfill your dreams. We’d love to hear what you have to say!

If you enjoyed this post, I’d love it if you would sign up to receive future posts. Fill in your email address in the Subscribe window near the top of the right-hand sidebar.