Posted on December 5, 2018 by lynnkelleyauthor 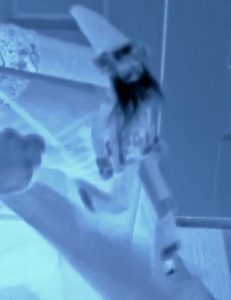 This is my version of making lemonade out of lemons. The video of my dancing Santa LimberJack turned out awful. The lighting was poor, the quality of the video wasn’t good, and it’s pretty much a dud.

Here’s what LimberJack looks like with the Santa outfit I dressed him in: 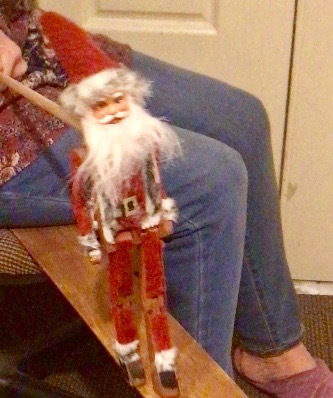 I found a Santa ornament at the 99 Cents Only store and used the face and hat for LimberJack’s head. Then I cut up the coat to cover his body, arms and legs. Small pieces of card stock worked to make a belt with a buckle and boots for his feet.

Mistakes Can Force Us to Be More Creative

George shot the video for me, but it just didn’t turn out as I’d hoped, so we’ll redo it today. However, it would be a shame to waste these clips, so I played around with them in iMovie’s special effects options. The x-ray feature looked kind of neat. It doesn’t look like Santa, though, so he became the dancing elf from Dimension X. Haha! By slowing the clips down, LimberJack is easier to view. The music is added after the video is edited.

Poor little elf had an accident at the end of the clip. 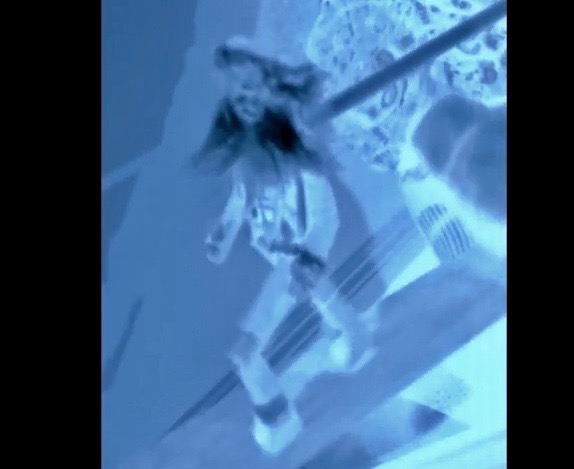 If only I’d thought to play around with those skeleton clips in iMovie’s special effects. I wonder what it would look like? Hmm, it’s not too late to try it. If it turns out, I’ll feature it in a future blog post.

I’m taking part in Vlogmas 2018 on YouTube. We’re supposed to post a video each day. While many of the other blogs are long, some 20 or 30 minutes, mine are all short. We’re all busy this time of year, so shorter is better. If you want to follow me on YouTube, the link is at the very bottom of the sidebar.

Do you make lemonade our of lemons? How do you handle projects that don’t turn out the way you planned? I’d love to hear your story. Isn’t it rewarding to turn things around and find a satisfying solution?

What are your thoughts? Are you super busy these days? Have you had any projects run amuck? I’d love to hear from you!