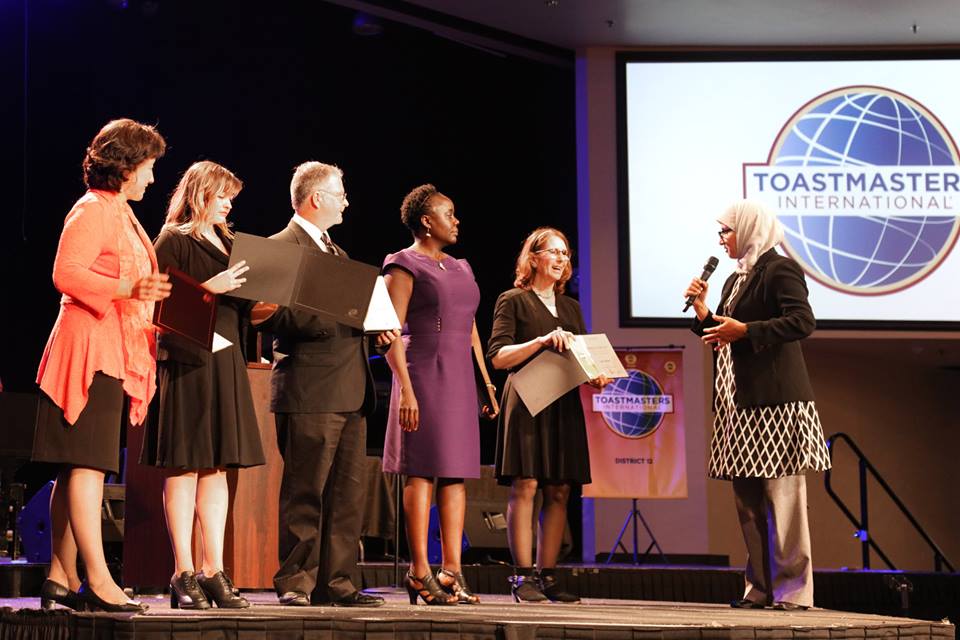 In Part 1, I shared the final version of my speech, “Reduce Your Risk of Dementia,” which I delivered at the Toastmasters District 12 contest in Temecula, California on May 12, 2018. Wow, I’ve learned a lot on this journey.

When I participated in the first contest at the club level in February, I had no idea what the entire process involved or what I was getting myself into. 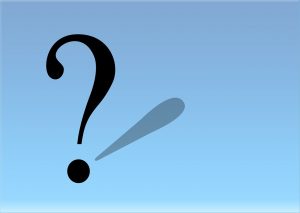 I now know Toastmasters Speech Contests have various levels, but I didn’t know what they were when I won the Division Competition in April. Here they are:

Here are the various contests held by Toastmasters: 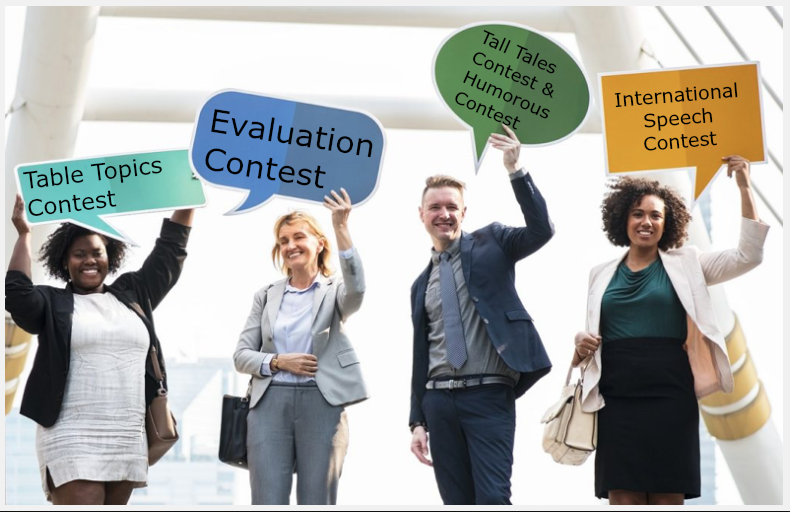 Toastmasters International’s website states, “The International Speech Contest is the only contest that proceeds beyond the district level to Region Quarterfinals, Semifinals, and the World Championship of Public Speaking.”

I didn’t discover that information until a good while after I placed 1st in the division level. I was excited I’d get to compete in the District 12 competition at the Spring Conference, but I had no idea what to expect because I hadn’t attended any Toastmaster conferences up to that point.

My mind raced with questions. During a break at a Toastmaster club meeting, I asked, “What’s after District?”

“Region,” one of my club members said. “Some regions cover more than one state. Maybe even Hawaii.”

Another state? Hawaii?  This could get expensive. 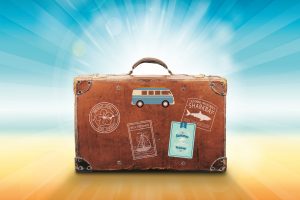 So region was above district. I didn’t see this mentioned in the levels, however, so I have left it out in the above list. What region was I in? I searched the Toastmasters International website for information about the regional contest, but I had no luck and remained clueless about where it would be held.

Avoid making the mistake I made. Ask all the questions you want answers to. If you’re not comfortable asking an experienced Toastmaster, you can go to the Toastmasters International website contact us page. For inquiries about speech contests, send an email to speechcontests@toastmasters dot org.

Although I couldn’t find information about the region competition, I stumbled across a list of some of the rules. 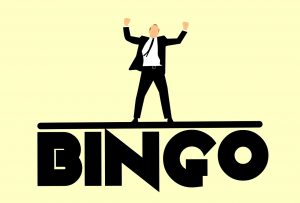 I was floored when I came across this one:

“Twenty-five percent or less of the speech may be devoted to quoting, paraphrasing, or referencing another person’s content. Any quoted, paraphrased, or referenced content must be so identified during the speech presentation.”

Are you kidding? My speech was based on tons of research about Alzheimer’s and dementia for blog posts I had written. Some of the content is common knowledge in my field as a Master Certified Health Coach, but still . . .

I spent two days revising it.  Despite the overhaul, I knew my speech would be questioned since breaking it down to what percentage of the content was from other sources would be difficult.

Okay, so the likelihood of winning was slim, but I felt sharing the important message contained in my speech with about 200 people was an opportunity I couldn’t pass up. Plus, the experience would prepare me for future competitions. 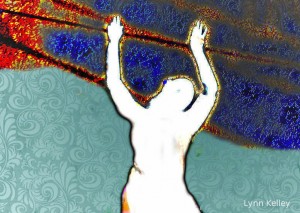 Now that I know the rules, I’ll take care to write contest speeches that are in line with the requirements. My mistake cost me countless hours revising and re-learning the material, which could have easily been avoided if I’d only seen a copy of the rulebook.

Clearly, I have a lot to learn about public speaking and competing in Toastmasters contests. I’m going to cover some of those points in a future post, Part 3, so if you’re new at this, too, perhaps what I learned (and am still learning) will be helpful to you. 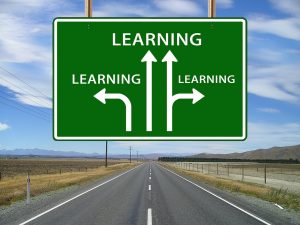 Also, while browsing the Toastmasters.org website, I found information about the International Conference, which will be held in Chicago, Illinois in 2018 from August 22 to the 25th. There was mention of Semifinals, so I surmised there were no regional contests, but the winners of the District level contests continue on to compete in the Semifinals at the 2018 Conference. 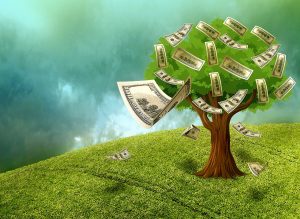 Aha! The rulebook addresses that, too. The travel expenses are paid by Toastmasters International for semifinalists to attend the International Conference. Awesome!

Toastmasters International has more than 352,000 memberships, 16,400 clubs in 141 countries. The International Speech Contest starts out with about 30,000 contestants worldwide, until it’s whittled down to all the district winners.

According to David Carpenter, newly elected District 12 Program Quality Director, “Each district sends a winner. As of right now Toastmasters has 106 districts. Those 106 will be split up into 10 semifinals and each winner will compete in the top 10.”

One of those 10 will be crowned the World Champion of Public Speaking at the end of the conference.

There are some major changes in the works for the 2019 competition.

Distinguished Toast Master (DTM) and 2017-2018 District 12 Director Karen De Vries stated, “Beginning next year, districts will be required to video the winner. The video will be sent to a judging panel as a quarter-final round. Those selected will move on to the semifinals at the International Convention. There still are a number of unanswered questions related to how this new process will work. Likely more information will be discussed at the Convention in August.” 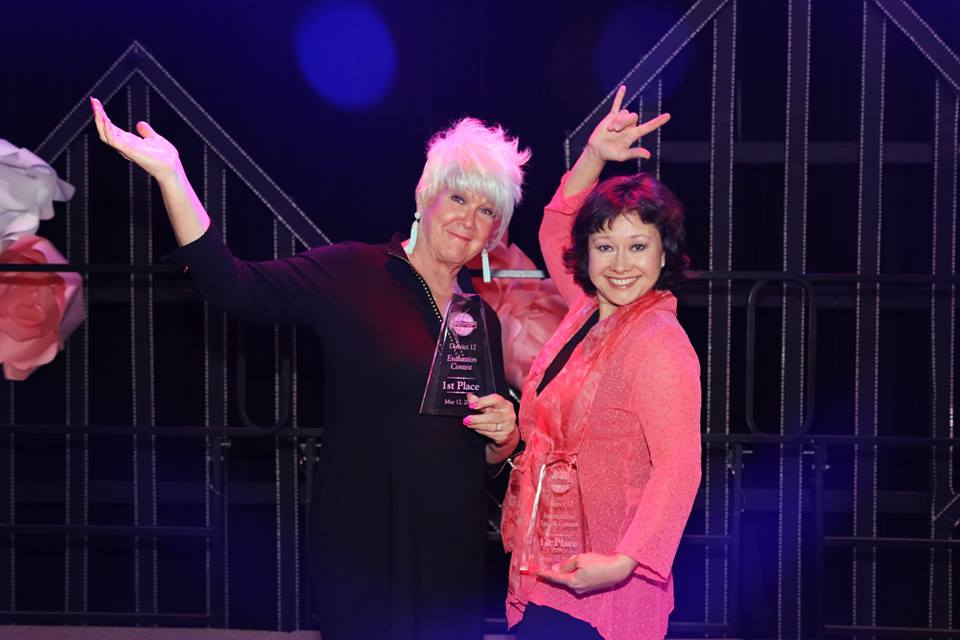 There are a lot winning Toastmasters speeches on YouTube. Very impressive! In one video, something was mentioned about International Speech Contest finalists needing a different speech other than the one they gave in the semifinals. Say what? *Gulp* 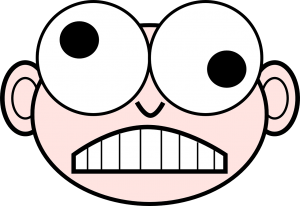 They have to come up with a whole new speech? Talk about P-R-E-S-S-U-R-E! One contestant interviewed in the video said he was so busy working on his semifinal speech, he hadn’t had time to finish his second speech. He had until the next day to practice and polish it. 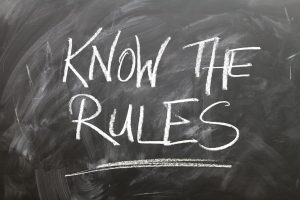 For instance, the night before the district contest, I was still making changes to my speech after visiting another club to practice one more time and get their suggestions for improvement.  One member suggested I start off with a dance move.

I decided it was a good idea, and maybe clicking my fingers would be a good way to lead into the dance, but if I began the speech by clicking my fingers, would the timer start at that point or would it start when I spoke my first words? Here’s what the rulebook states:

“Timing will begin with the contestant’s first definite verbal or nonverbal communication with the audience.”

That’s another valuable piece of info.

I left out the finger clicking since it wasn’t worth risking going over the allotted time limit and being disqualified.

Also found in the rulebook pertaining to Humorous Speeches, it states, “The speech must be thematic in nature (opening, body, and close), not a monologue (series of one-liners).”

Aha! The only other speech contest I had participated in was the Area Humorous Contest in 2015, and I placed 2nd. My speech “Funny Things Are Everywhere” had some one-liners and a lot of short anecdotes about friends, family members, and myself. If I understand the rules correctly, the 25%-or-less rule applies to the humorous speeches, too. 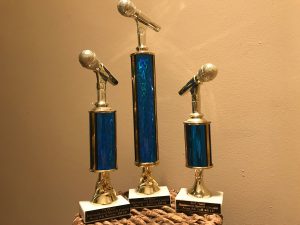 I thoroughly enjoyed participating in the Humorous Speech Contest, despite the nervous jitters that go along with it. Even though I didn’t win 1st Place, it felt great to step out of my comfort zone to share amusing anecdotes and entertain the audience.

In this 2015 video, I’m practicing at my club meeting, preparing for the competition:

I’m still processing all the information I’ve taken in while competing at the various levels of the International competition.

Watching YouTube videos is helpful in becoming familiar with what the finalists go through. I love this one:

Does this clip inspire you? Can’t help but smile while watching it because I can feel the finalists’ anxiety, anticipation, and excitement. It makes me appreciate all the hard work they put into the speeches that got them that far.

For now, my best piece of advice for participating in a Toastmasters Speech Contest is: Learn the Rules.

In Part 3, I’ll cover helpful tips I learned through this process. For instance, handling feedback from other people, how to prepare to compete in the next level, and more. 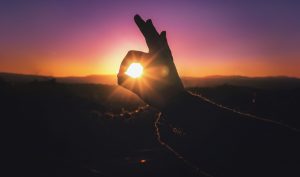 What are your thoughts? Are you familiar with Toastmasters? Do you like to challenge yourself and step out of your comfort zone? Do you enjoy speaking in front of people? I’d love to hear from you!