Posted on March 14, 2018 by lynnkelleyauthor 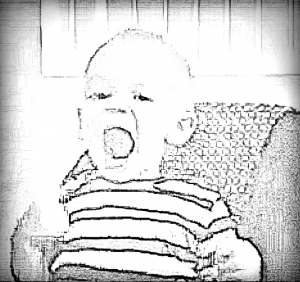 First thing to flash through my mind was the video toward the end of this post. 17-month grandson, Grasshopper, jabbers quietly, then raises his voice. He had a cute little routine going. Soft jabbering, then more loud vocals. It reminded me of some contestants auditioning for American Idol. 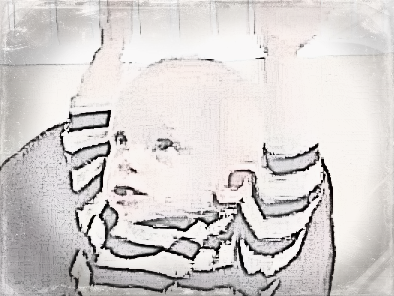 Perhaps he was curious about the range of his voice. Some folks might call it noise. Others (like grandmothers) might think it’s music to their ears. Probably only if it’s their grandchild. 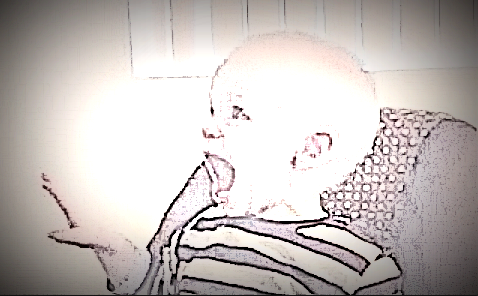 As far as calling it noise, I guess it does qualify, but this is nothing compared to after his sister was born.

Sometimes I’d call my daughter and, as usual, the kids would take their cue to make NOISE whenever their mommy answered the phone. I have a feeling this is universal. Sometimes the two grandkids were so noisy when I called to talk to my daughter, it sounded like she was running a day care center.

Screaming laughter or hysterical crying mixed with various levels of noise from musical gadgets and talking toys, plus the TV playing in the background, it sounded like 20 kids were having a field day. It’s not like my daughter didn’t do her best to shush them. She did. Sometimes it worked. For about five seconds.

If one of the kids had a tummy ache, it was perfect timing to throw up when Mommy was on the phone. Sometimes the little rascals turned into dare devil circus clowns taking flying leaps from the coffee table to the couch. Occasionally one would  miss their mark, landing in a face plant on the hard floor. *Shudders*

I’d be left hanging, heart pounding, trying to discern if it was a life threatening emergency or just a one-bandage owie. At times Ninja Doll cried so hard, she couldn’t catch her breath. Those were heart-stopping moments. Parenting and grand parenting is not for wimps.

Funny how history repeats itself. I went through the same scenarios when my kids were young, except I had four, so it must have sounded like a mob rioting in the background when people called our house.

Some parents can shoot “The Look” at their kids and magically silence the little darlings. I guess I got shorted in “The Look” department.

I love Erma Bombeck’s perspective on raising kids: “My mother phones daily to ask, ‘Did you just try to reach me?’ When I reply, ‘No’, she adds, ‘So, if you’re not too busy, call me while I’m still alive,’ and hangs up.

Yep, we get it, Erma! Thanks for the chuckles.

So, what are your thoughts? What do you think of when you hear the word ‘Noise’? Can you relate to the plights of talking on the phone with kids competing for your attention? Do you relish quiet moments?

I’d love to hear from you!