Posted on February 6, 2018 by lynnkelleyauthor 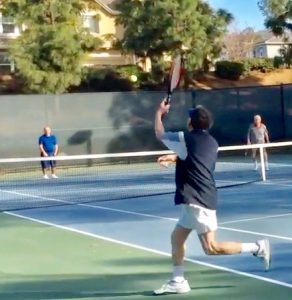 Dad plays tennis for two hours at a time two to three days a week. He learned to play tennis when he was 40.

Being ambidextrous has helped his game. This three-minute video shows him switching the racquet from one hand to the other. You have to watch closely or you’ll miss it.

I interviewed Dad last summer. This is the shorter version, which is over eight minutes in length.

He has slow-progressing Alzheimer’s, and I believe it would be much worse if he wasn’t physically fit. According to the study in my post about activities that help prevent Alzheimer’s, tennis isn’t beneficial in  preventing the disease, but I’d be willing to bet staying physically fit has helped slow it down. That’s just my opinion, though. 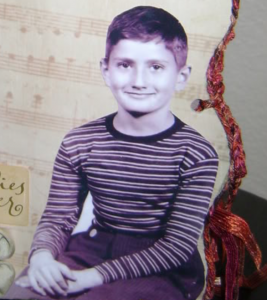 This photo of my father as a boy is on the cover of an altered art book I made for Mom and Dad as a Christmas gift in 2009,

Dad’s mother divorced his father when he was about three years old. She worked as a secretary through the Depression and later remarried. At age 13, Dad got a job setting up pins at a bowling alley. He worked at that job for about four years and gave his money to his mother and step-father to help out with expenses. “That’s what you did back then,” he said.

He met Mom when he was 17 and she was 14. They eloped a couple of years later after Mom’s step-mother slapped her for not handing over the money from her first paycheck, but Mom didn’t get any money from that check because the employment agency took their cut.

Mom asked my father to marry her so she could get out of the house. Her mother died in childbirth on my grandfather’s birthday, leaving a newborn baby girl and six other daughters. Mom was only 13, the third oldest child.

Dad got drafted into the Army at age 20 during the Korean war. He was stationed in Austria. Mom gave birth to my oldest brother while Dad was overseas and she sent a telegram informing him he was the father of  a baby boy.

After serving the required two years in the Army, Dad was discharged, got into sales, and worked long hours to support a growing family. 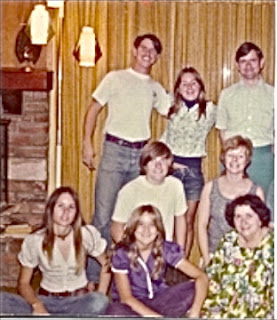 This video is 38 seconds long. The clown bike belonged to my nephew. Dad’s always been one to clown around.

For their  65th wedding anniversary last July, my parents celebrated in small ways, like going out to lunch and an afternoon at the beach. They weren’t up to having a big party like they did for their 60th. 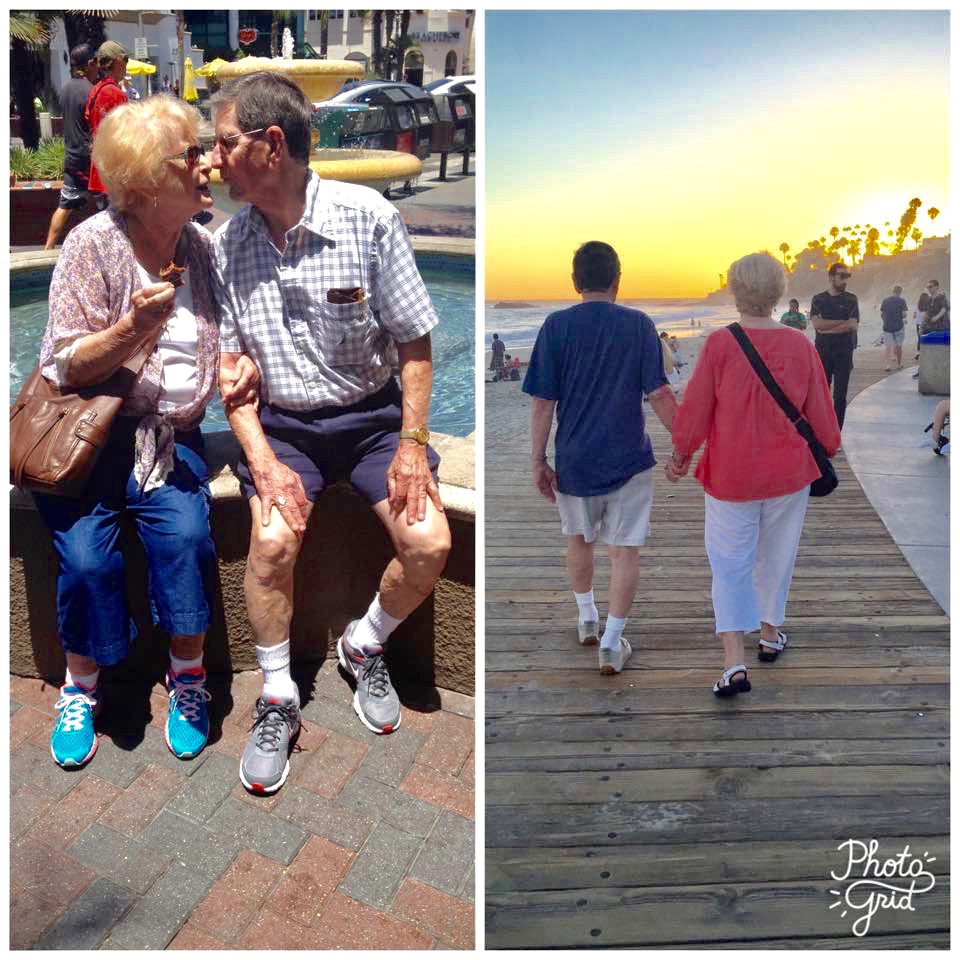 Husband for 65 years, father of five, granddad to 16, great-granddad to fifteen and two on the way. May he continue to play tennis and do all his favorite things for many years to come. He says he’s enjoying life to the fullest. 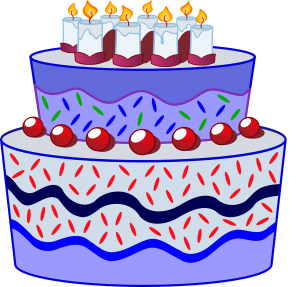 What are your thoughts? Do you celebrate milestone birthdays? Do you play tennis? Are you ambidextrous?

Thank you for stopping by!