A Face and a Shadow in the Crowd

Posted on February 24, 2018 by lynnkelleyauthor

“A Face in the Crowd” is this week’s WordPress photo challenge. I picked this photo because the child is focusing on her shadow. 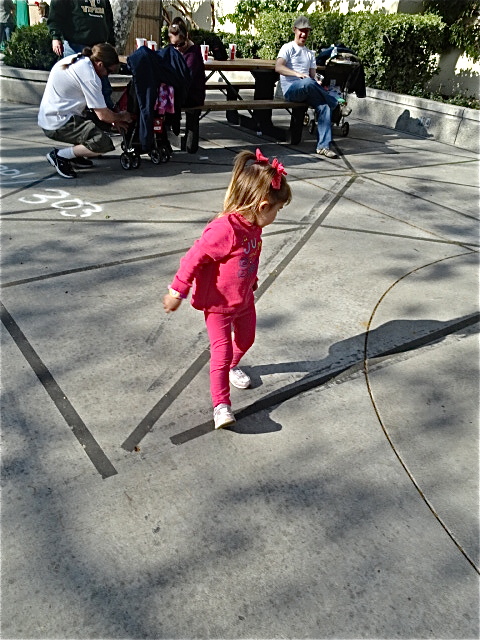 This is my first photo challenge, and what a fun photo to feature. Too much alliteration? Well, it’s a photo of a child and they love playful language, don’t they?

They also go through a stage when they’re intrigued with their own shadow. What an adorable phase. It’s delightful to watch children react to and interact with their shadows. If there’s more than one child, they’ll try to step on each other’s shadows and make a game of it.

I like the contrast of the child’s shadow against the shadows of trees in this photo. Is she aware of the other shadows, too? Or just her own? This photo could actually serve as a writer’s prompt, don’t you think? I wonder if that’s how Peter Pan got started? 🙂

I remember when my grandson wasn’t quite two yet and how seeing his shadow on one wall entertained him every day when the light was at the right angle. It was so cute the way he’d wave his arms, jump up and down and hop back and forth, focusing on his shadow’s mirror image. He even played peekaboo with his shadow when he walked past the corner and his shadow disappeared.

I recorded him one day. Then of course I had to play around with the special effects in iMovie because it’s a kick. I know a video isn’t part of the photo challenge, but it’s a good example of a child’s delightful interaction with his shadow. It still cracks me up when I watch this because he’s so curious, so amused by his shadow.

Seems like such a simple thing, but shadows are actually kind of complex, aren’t they? When it comes to photography, they certainly are for amateurs like me!

What are your thoughts? Do you enjoy watching kids at play? Have you ever watched a child interact with their shadow? Do you enjoy photography? Do you think shadows are tricky?

6 Responses to A Face and a Shadow in the Crowd