Posted on January 17, 2018 by lynnkelleyauthor

Part 1 of Preventing Alzheimer’s Disease covered a major study published in the Journal of New England Medicine, which revealed fascinating findings about certain leisure activities that reduce our risks of developing Alzheimer’s or dementia. 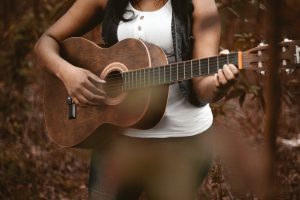 As if playing board games, reading, engaging in small detail crafts, learning a new skill, or learning to play a musical instrument didn’t offer a nice variety of choices to help ward off Alzheimer’s, the number one biggie turned out to be dancing, specifically ballroom dancing. 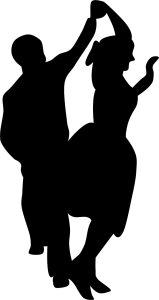 The rapid-fire response required for following a partner while engaging in ballroom dancing seems to explain why it’s so good for our brains. Changing partners also helps because we have to adjust to dancing with a different person.

Dancing is my passion, and I’d love to learn ballroom dancing someday, but first I need to focus on the beginning tap dance class I signed up for  two weeks ago. 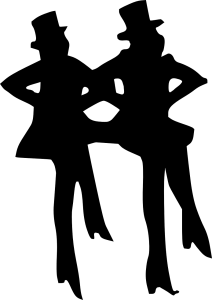 In Part 1, creative thinking and decision making are also listed as being helpful in preventing Alzheimer’s and dementia.

Here’s another activity I was thrilled to learn can help fight Alzheimer’s. A November 12, 2013 article in the Daily News reported a four-month study done at a care facility showed singing helped fight dementia. Basically, singing favorites like show tunes in The Wizard of Oz, Oklahoma, The Sound of Music, and more.

That article is more than four years old, yet most people I know have never heard about singing being helpful in fighting dementia. I hope you will share this knowledge with others.

Below is a YouTube video with the song Summer Nights, one of my favorites from the movie Greece. It’s got the lyrics, so sing along and learn the words if you don’t already know them. Learning new songs is going to pay off for you in the long run.

If you don’t like to sing or you think you can’t sing, don’t let that stop you. Sing in your car or when you’re alone, or sing in a soft voice. Just sing in some way, somehow, in whatever creative way you can come up with to overcome your first inclination to poo-poo this idea.

Patients with moderate to severe dementia showed far more improvement over those who only listened to the songs.

According to Jane Flinn, a scientist who participated in the study, “Even when people are in the fairly advanced stages of dementia, when it is so advanced they are in a secure ward, singing sessions were still helpful.

“The message is: don’t give up on these people. You need to be doing things that engage them, and singing is cheap, easy and engaging.” 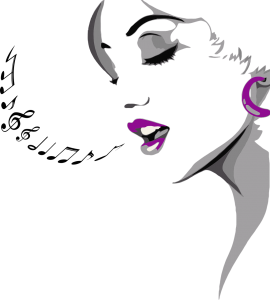 I agree. Singing is a sweet, pleasant way for those who suffer Alzheimer’s or dementia to reconnect with something from their past. Singing a favorite song learned earlier in life seemed to ignite hidden memories in those patients.

An article in the August 31, 2016 issue of Daily Mail by Neuropsychologist Catherine Loveday covers why SINGING can help battle dementia. “Could music provide an important channel of communication when so many other abilities are failing?

“The surprising thing about music is that, contrary to popular belief, we don’t actually learn songs particularly easily. However, once those memories are formed, they become exceptionally robust and easily accessible.”

The article also states, “Jorn-Henrick Jacobsen and his colleagues found that memories of old songs activate very specific areas of the brain.” 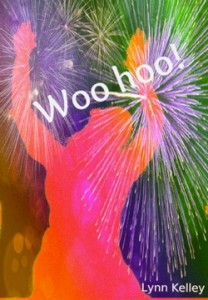 All this information is interesting and inspiring to me. It gives me hope that we can take action to fight these brain-destroying diseases. So, singing and dancing can help me prevent Alzheimer’s? Twist my arm! Haha!

Have fun while fighting Alzheimer’s! Who woulda thunk? 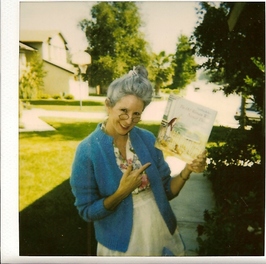 This is me when I’m 120 years old after singing and dancing my way through the second half of life.

More fun: In case the song Summer Nights in the above video isn’t one you care to learn, perhaps this one will appeal to you, Louis Armstrong’s What a Wonderful World.

If this song isn’t for you, go on YouTube and find some videos of songs you’d like to learn, then sing your heart out.

My grandmother never sang. It seems at some point in her life someone told her she couldn’t sing, so she stopped. As a kid, I wouldn’t have cared if she could carry a tune. It would have been fun to sing with her. I love to sing with my grand darlings.

I can’t sing so great myself. My own kids used to tell me I couldn’t sing. Too bad for them because I kept singing anyway! 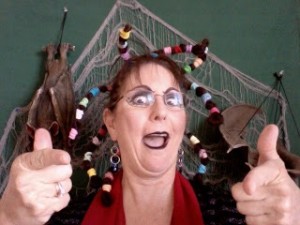 Another activity which may prevent Alzheimer’s is juggling. If you want to learn to juggle, read my post on the Benefits of Juggling. 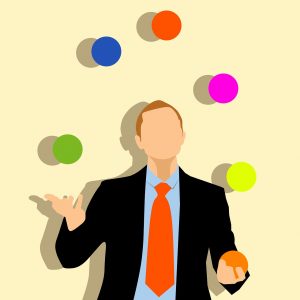 According to the January 2004 issue of Nature magazine, juggling increases gray matter. Just practicing the movements improves your brain and coordination even before you succeed.

A comment from Amy Shojai, CABC in response to Part 1 said, “Interestingly, the same precautions reduce the risks for dogs and cats! (my area of expertise *s*) Practicing mind-stimulating games like tricks, or having cats ‘hunt’ for their hidden bowl of kibble, keeps their brains nimble. And…maybe music (since my dog used to howl when I sang or played my instruments, LOL!).”

Isn’t that neat? Thanks for sharing that with us, Amy.

This is an ongoing series, so as I find more info, I’ll write about it. There are some foods that are good for the brain, so we’ll cover those in a future Health & Wellness Wednesday post.

I’d love to hear your thoughts. Do you like to sing? What’s your favorite song? Do you know someone with Alzheimer’s or dementia? Do you know how to juggle?

If you’d like to receive future posts, you can subscribe by email in the sidebar under the welcome video.

Why SINGING can help battle dementia,

Like Loading...
This entry was posted in Health and Wellness and tagged preventing Alzheimer's disease, preventing dementia, singing can help battle dementia. Bookmark the permalink.