Posted on January 9, 2018 by lynnkelleyauthor

Welcome to my welcome video! 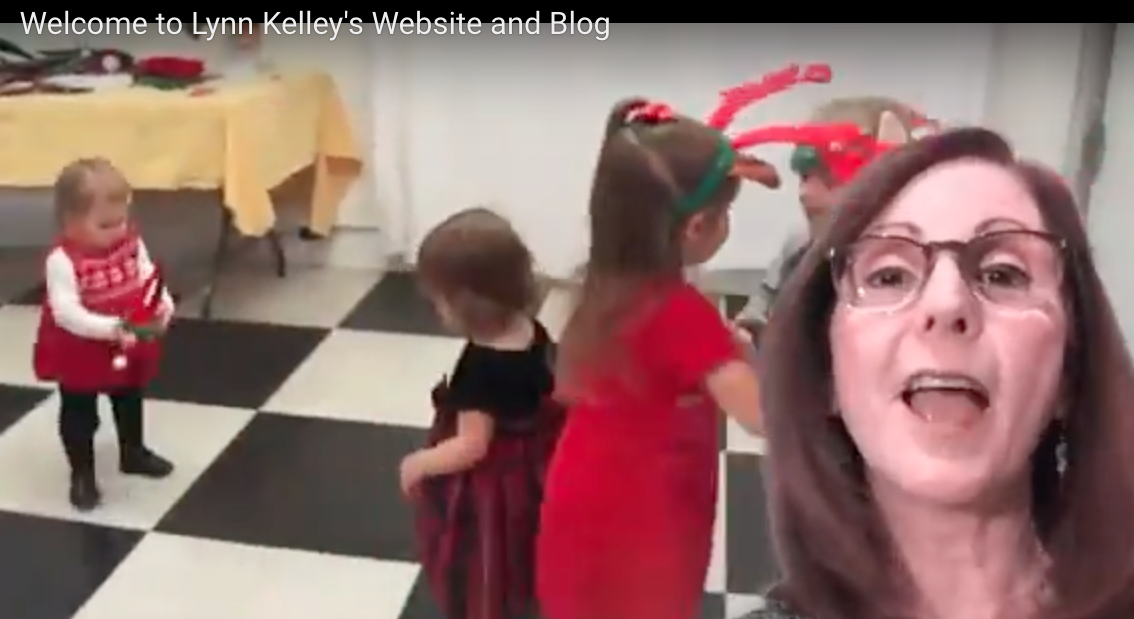 I’m flabbergasted over how many years ago I signed up for Katie Davis’ Video Idiot Boot Camp, aka VIBC. Looks like it was in 2013. The years have passed at warp speed.

Although I’ve made lots of other videos, the Welcome Video was challenging. I couldn’t figure out what I wanted to say so I kept putting it off. Four and a half years later. . . here it is!

Maybe I’m not a vidiot (Katie’s term) anymore, but I am a tech idiot, so making this video was not a piece of chocolate cake with cherries on top.

Using a green screen for the VIBC course wasn’t a requirement. Far from it, but I seem to have a knack for making things more complicated than they need to be.

When I upgraded to Mac’s Yosemite (I believe that’s the version), they changed iMovie. I had to relearn the basics, but as far as the special effects like green screens, I couldn’t figure out how to do it. Finally, maybe nine months later, I found a tutorial on YouTube showing me how to add advanced special effects: the green screen effect, picture in a picture, and split screen. 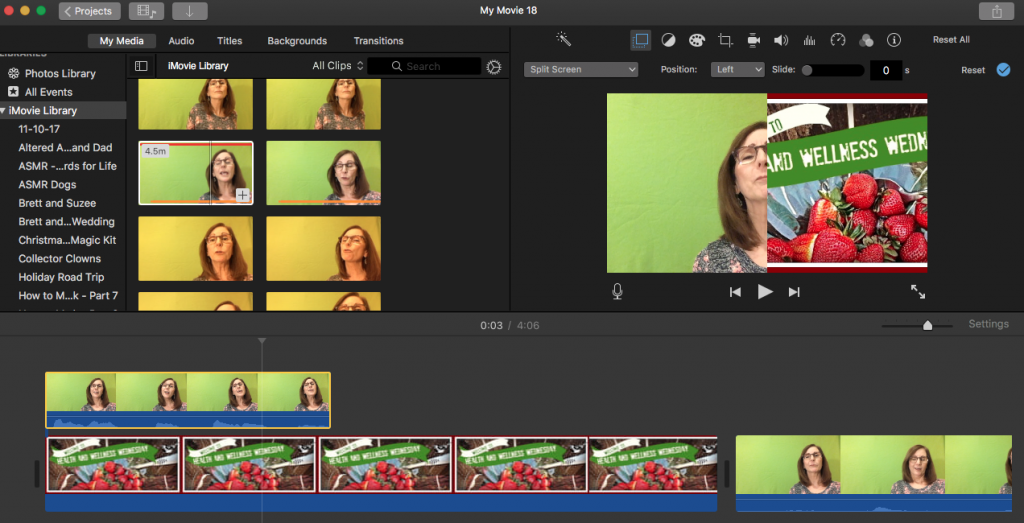 You may wonder why the green screen looks yellowish in some of the frames. It must be the lighting. The same green felt fabric was used for all the clips. 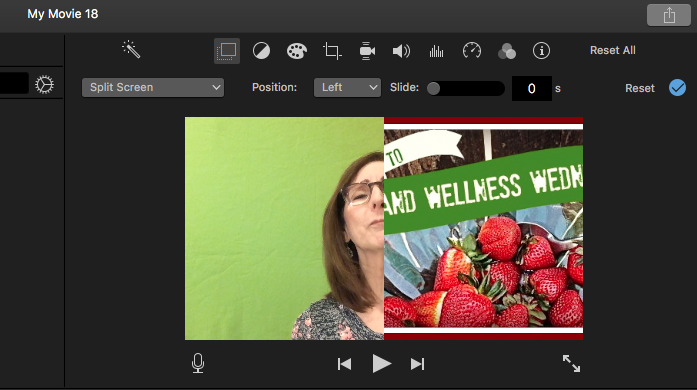 Or picture in a picture: 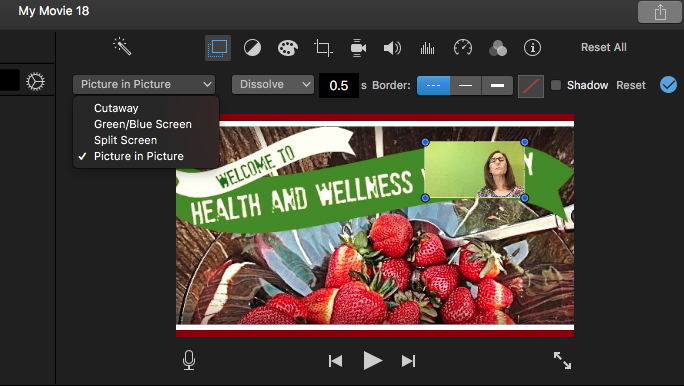 No way was the green screen going to cooperate with certain clips, so I ended up detaching the audio and I used the sound clips with photo or video clips for the background.

Some of the still photos wouldn’t work either, so that limited my choices. In the spots where I added a few different photos, all that showed up was a black screen. I had to delete them and try another photo. Some worked and others didn’t. Trial and error. 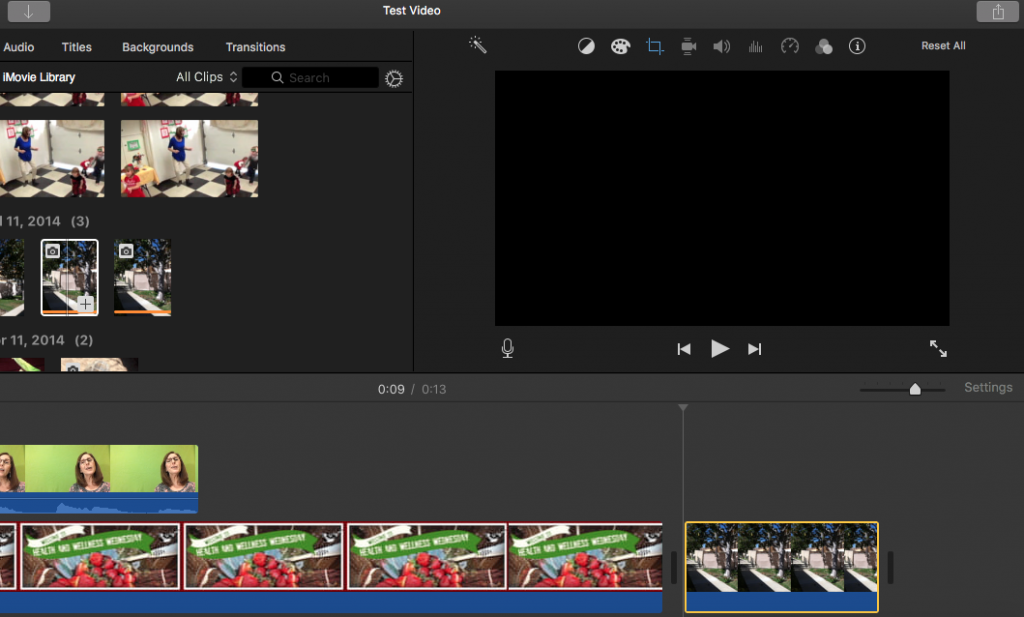 Lighting is something I struggle with, despite watching tutorials on YouTube and reading various articles. Wearing eyeglasses makes it especially tricky with the way lighting throws shadows on one’s face.

After recording clips for the Welcome Video, I was up until 3:00 a.m. editing it and uploading it to YouTube. The next morning at a writers’ meeting, Maria Cisneros Toth, fellow writer and YouTuber, asked if I wanted an honest critique on the video. Of course. I appreciated her feedback. Basically, it fell flat. Those are my words, not hers.

When I got home, I redid the video and used some of the other clips, which were “snappier” as Maria later told me. I thought so, too, so this is the version I’m keeping. For now. It’s at the top of the sidebar, on my “About” page, and above in this post.

Learn From My Mistakes

Despite the challenges, I’ll continue my quest to conquer the green screen effect, and I’ll share my mistakes with others so they don’t run into the same problems.

You can learn from my blunders in the video below, “Green Screen Mistakes You Don’t Want to Make.”

This is from Christmas Day 2013. I set up this hokey green screen at my sister’s, although I didn’t think it was hokey at the time. For my green background, I used felt fabric, which I found on sale for less than $1.99 a yard. It’s very wide, so it was a good deal.

It took a couple of hours to set it up, way more hassle than I bargained for, and I was sweating by the time I was done.

As it turned out, my bright idea wasn’t so great. In this video, I highlight the worst mistakes made that day.

Family members were good sports and donned some of the funky costumes I provided. Great fun. Preserving these memories was well worth the effort that went into making them, even if they’re imperfect.

The quest to conquer the green screen effect shall continue, along with the quest to figure out lighting, angles, and important details like keeping my finger off the microphone so the sound isn’t muffled when using my iPad. 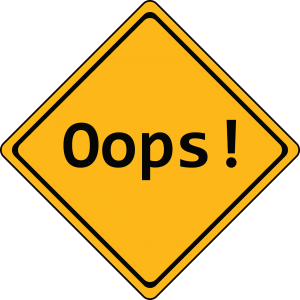 Image: Courtesy of cripi at Pixabay

It’s time for a refresher on the basics of making good videos, so I’ll review the VIBC course. I need to step things up, especially since I’m building up my YouTube channel LynnKelleyAuthor. Am having a blast with it.

What are your thoughts? Do you like to make videos? Have you tinkered with iMovie, Movie Maker, or other video editing software? Are you tech savvy?

If you’d like to receive future posts, you can subscribe by email. Fill in your email address in the window in the sidebar.