Posted on October 2, 2017 by lynnkelleyauthor

Hello friends. I’m hoping to get back to blogging again. The past year has been overwhelming, heartbreaking, and mind boggling, so much so that I’ve wondered if my hubby George and I have been thrust into an alternate universe. 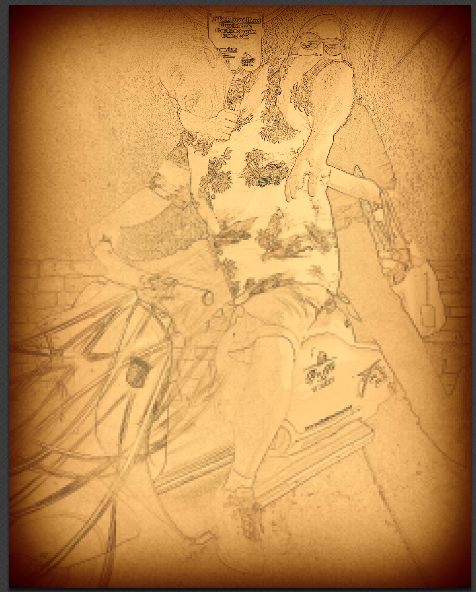 Basically, George was diagnosed with Stage 4 lung cancer in December 2016. Strangely, we received the diagnoses in stages. First, we were told Stage 2, then Stage 3a, and then in December when the MRI of his brain revealed it had metastasized to his brain, it became Stage 4. I need to double check the various stages, but I will get into the entire journey in future posts.

There have also been complications. Many.

The good news is, George has dodged more than one bullet and is doing amazingly well, considering in January 2017 he was diagnosed with an aggressive brain cancer: leptomeningeal disease.

That still remains the diagnosis, but he’s not showing any neurological symptoms. There’s just too much that’s happened to share in one blog post, and, besides, this is a happy post. I just wanted to give you a heads up about why I’ve been MIA and let you know I plan to use this window of opportunity while George is doing so well to get back to writing and share our journey with you, the mistakes we’ve made and the things we’ve done right. I hope it will help others who are facing similar struggles.

I’m also making YouTube videos. Lots and lots of videos on a variety of topics. I’m putting ads on them because, hey, the medical bills are adding up, and all those pennies from the YouTube ads will eventually help out. I’m also an Amazon affiliate and will add links to some books or products I will be posting about.

First, before I share a slice of life true story video with you, I want to thank everyone who has supported George and me through the crazy journey we’ve been on. There are people all over the world praying for him, and I will be eternally grateful for all those prayers and the way God has been answering them. 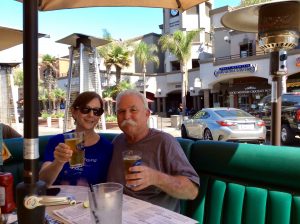 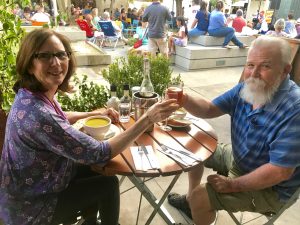 September 2017 – Celebrating our 41st wedding anniversary. So thankful George is still with us.

One thing that’s helped George and me deal with his health issues is humor. Humor is healing (when it’s appropriate). It also helps us stay somewhat sane. We all need a little giggle getaway, right?

So, how have you been? What tools do you use to get you through the hard times?  Have you ever had a vacuum cleaner that drove you to the edge? I’d love to hear from you.

Like Loading...
This entry was posted in family, Funny, Health and Wellness, Humor and tagged humor is healing, leptomeningeal disease, Stage 4 lung cancer. Bookmark the permalink.