Dancing X-Ray Skeleton and Pat Down at the Airport

Posted on October 31, 2017 by lynnkelleyauthor

This is one of the most popular videos on my LynnKelleyAuthor YouTube Channel. How did I make it?

Of course, this isn’t a real x-ray. It was done using the x-ray feature in iMovie. I was wearing my Funny Bones outfit, skeleton costume. It’s a child’s size Large that I got on sale after Halloween one year. That’s why the joints don’t fit where they’re supposed to.

A few days ago someone left a comment, “Obviously fake.” Duh!

Speaking of x-rays, last month I set off the x-ray machine at the airport as we began a trip to North Carolina. George and I seldom fly, so this was our first encounter with an x-ray machine at airport security. It was about 4:30 a.m. 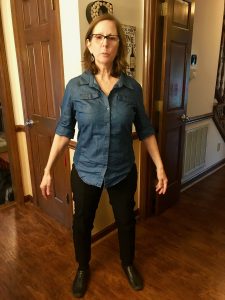 George went through first, with no problem. I was surprised when the lady pulled me aside and showed me a screen that highlighted the area where my right pants pocket would be, but my pants had no pockets.

She was very nice and asked if I wanted to be screened in private or right there. I said, “Right here is fine.” She patted me down. Nothing.

She asked me to hold my pants at the waist band so they wouldn’t move when she ran her hands down each pant leg a third time. 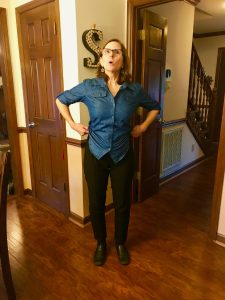 She patted me down in various stances, first with the right foot forward, then the left. 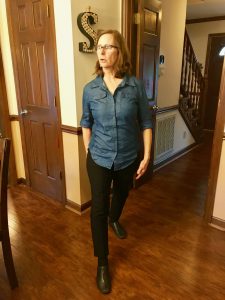 She went through the routine more than once, obviously perplexed as to what set the machine off, but not as perplexed as me. After a very thorough pat down, she concluded my baggy pants must have been the problem. They weren’t very baggy at all, but were loose enough to be comfortable for traveling. 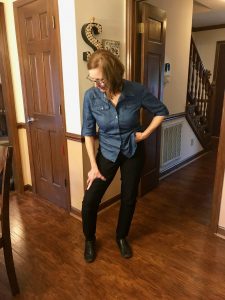 Then she got a small gauze cloth that looked liked a Stridex pad, only it was square in shape, and she ran it across each of my palms. Next, she had me put my hands under some kind of lamp on the counter. 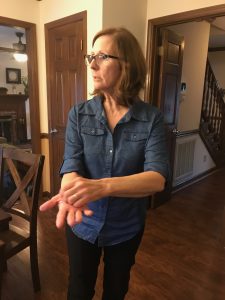 “Are my hands going to light up?” I asked playfully.

“I hope not,” she said in a serious tone. 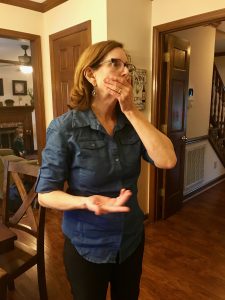 At that point, it dawned on me she was looking for traces of something on my skin. Nothing showed up, so she let me continue on my merry way.

Looking back, I wish I had thought to ask her to pat down my left calf a few more times. With all that tension, I felt a Charlie horse coming on.

A neck and back massage would have done wonders for all the knots in my shoulders. I would have given her a good tip. She would have been happy to make some extra money, and I could have relaxed enough to sleep like a baby on the plane. 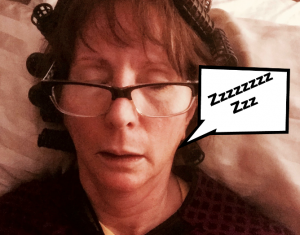 On the trip home, we didn’t have to go through an x-ray machine, but George set off the beeper to the metal detector, so he took off his belt, but the beeper went off again.

He took off his back brace, which is nylon and wraps around his waist. Perhaps there was some metal in it, he thought, but the detector beeped again even after removing it. Third beeps a charm. I guess they didn’t want him to take anything else off, so they waved him through. Maybe because he looks like Santa Claus? Who knows? 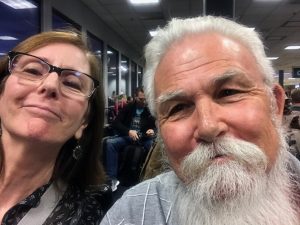 We had a three-hour layover in Salt Lake City, where I ran into Mr. Bones. I wondered if he was related to Funny Bones. Nah! 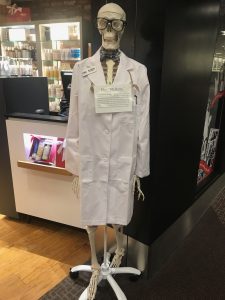 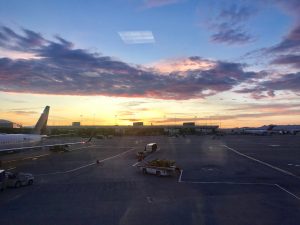 We were home by midnight. “There’s no place like home,” I repeated over and over. 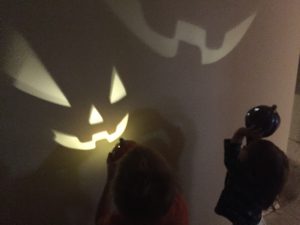 Happy Halloween to you and yours!

Do you like to play around with special effects in iMovie or Movie Maker? Have you ever had any Twilight Zone moments while traveling? What’s your favorite costume you wore when you were a kid?

I’d love to hear from you. Thanks for stopping by. If you enjoyed this post, please consider subscribing in the sidebar.