Posted on March 8, 2014 by lynnkelleyauthor

Have you ever been in a situation when something struck you as awfully funny, but laughter wasn’t kosher for that time and place? Seems like it happens to the best of us. 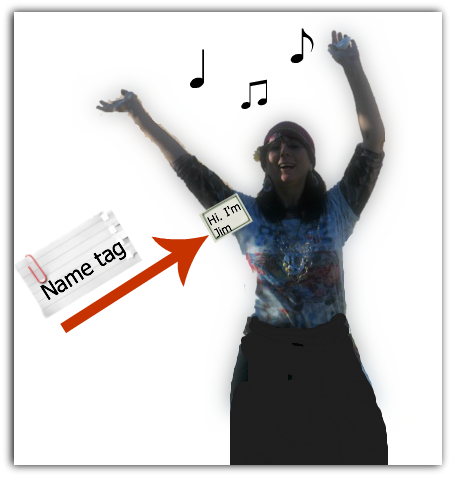 I don’t have a photo of the worship leader, so I came up with this to help you visualize the scene!

My sister Cindy and her husband Jim were at church one time when one of those tickle-your-funny-bone moments struck my sis.

At one point during the service, everyone greets others with a friendly handshake or a hug.

The worship leader hugged Cindy, Jim, and others, then went back to the stage to lead the music for the rest of the service.

My sister giggled, then checked her husband’s chest to see if his name tag was missing. Yes, indeed, it was his name tag appearing on the animated, enthusiastic worship leader’s armpit.

Cindy covered her mouth and did her best to stifle her chuckles.

Jim wasn’t amused since they were seated in the front row. “Shhh!” he warned.

As the worship leader waved her arms more and more passionately, Cindy’s laughter became harder and harder to control, to the point her shoulders rose and fell and tears streamed down her cheeks.

Finally, Jim grew so embarrassed, he insisted she leave. So Cindy went outside to ride out the laughing fit.

I went to a Zen retreat and everyone was deep into meditation and a bee buzzed me. I jumped three feet in the air (I don’t respond well to stinging insects) and my friend next to me jumped after I did. That started a giggling phase between us that forced us out of the room/house and into the woods to laugh uproariously into tears. That ended up being a better source of relaxation and peace–laughter, the best. (Visit Cora’s blog.)

I know what you mean, Cora. Laughter releases endorphins. If we could laugh like that every day, just think how much healthier we’d be!

Jake (names have been changed) and his wife Barb attended the funeral of  a friend who had passed away while sitting upright. By the time he was discovered, rigor mortis had set in.

Their deceased friend was placed sitting upright in the casket. Jake and Barb looked at each other and wanted to bust up because it was so unexpected, awkward, and surreal. 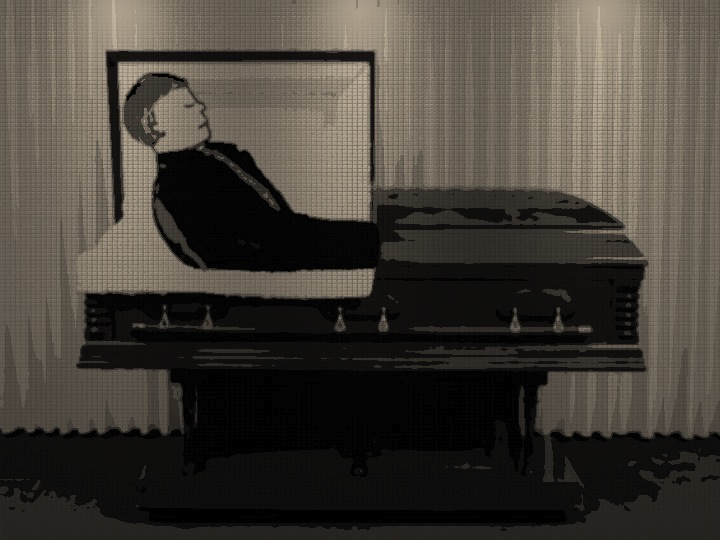 Someway, somehow, both Jake and Barb made it through the service without losing it. They missed out on releasing a good dose of endorphins, but their integrity and self-control remained intact.

How about you? Have you ever been in a situation where you couldn’t help but giggle, but it was not the appropriate time or place? Or was there a time you wanted to laugh so badly, but you held it in?

35 Responses to When Laughing Isn’t Appropriate