Posted on March 13, 2014 by lynnkelleyauthor

You’re in for a treat today. Meet Bish Denham, author of Anansi and Company. 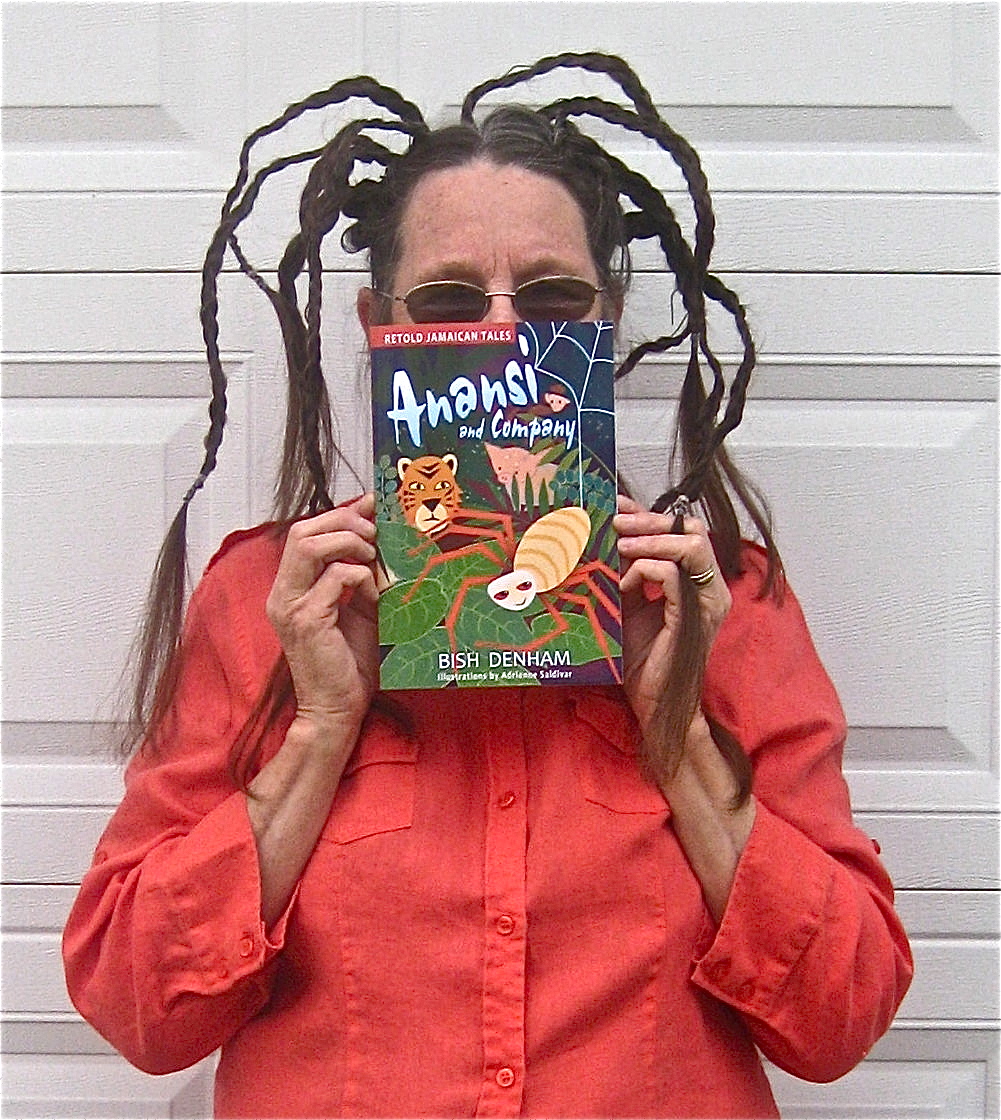 Don’t you love that do? She did it herself. It goes with her new book about Anansi, the trickster spider. 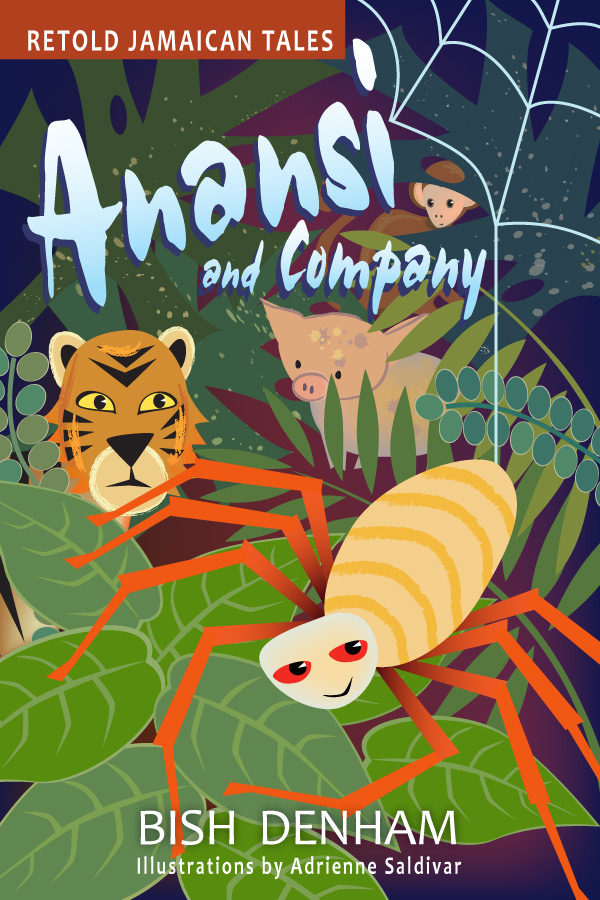 About Anansi and Company

How do you escape a hungry tiger? Why do ram-goats smell? What happens if you get too greedy? In this collection of ten retold Jamaican stories, Anansi the spider tricks, sings, and dances his way into and out of trouble.

But who is Anansi? It was the Ashanti of West Africa who brought the spider into the Caribbean. He clung tight to the web he wove in the minds of those who had been captured, surviving not only the harrowing passage across the Atlantic Ocean, but hundreds of years of slavery.

As a trickster, Anansi has both good and bad traits, which makes him very human. Sometimes he wins, sometimes he loses. When he wins he dances and sings for joy. When he loses, he shakes it off and keeps on living, a lesson for us all.

Isn’t that book cover cool? I love it!

You can get the eBook on Amazon.

Lynn:  I just have one question for you. About how long on the average did it take you to retell each tale? I’m thinking this was a pretty time consuming project for you, huh?

Bish:  A few years BEFORE Hurricane Marilyn tore through the Virgin Islands in 1995, my sister gave me for safe keeping, our old book of Jamaican Anansi Stories. It was compiled by Martha Warren Beckwith who went to Jamaica in the early 1920s and recorded people telling Anansi stories. She then faithfully transcribed the stories in their original Jamaican dialect and published them in 1924. Hurricane Marilyn tore the roof off the family home and most of my sister’s books were destroyed.

It seemed serendipitous to me that the old book survived because I had it. So I began to try to read the stories, with the idea of translating and/or retelling them. They proved difficult to read; almost like reading a foreign language. But I persisted.

First I had to decipher them, then pick a few, and rework them. Most of them are more like fragments of a few hundred words or less, rather than real stories with a true beginning, middle and end.

From my first attempts to read the stories to this published edition, I’d say it took at least 12 years. That’s almost a year for each story, which seems ridiculous. But the thing is I wasn’t working on them all that time. I worked on them on and off while I was writing other things.

Lynn:  Wow! All that hard work sure paid off. I love Anansi and Company, and I gave it 5 Stars on Amazon.

The following Author’s Notes at the end of the book are quite interesting:

“In translating and retelling these stories, I have tried to retain the flavor and flow by using words and sentence structure natural to the way people in the Caribbean speak.

“Most of the original tales are quite violent. Because they were told by slaves who, more often than not, suffered from hunger and deprivation, the majority of the stories have to do with acquiring and eating food. Characters are often being caught, killed, cooked, and eaten. One of the ways I have changed the stories is to eliminate most of the violence.

“There are also many riddles included in Jamaica Anansi Stories. I have chosen a few of my favorites. They are all traditional, though some hint at being European in origin.” 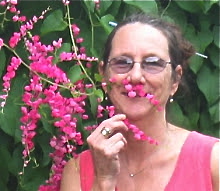 Bish Denham, whose mother’s side of the family has been in the Caribbean for over a hundred years, was raised in the U. S. Virgin Islands. She still has lots of family living there and visits them regularly.

She says, “Growing up in the islands was like living inside a history book. Columbus named them, Sir Francis Drake sailed through the area, and Alexander Hamilton was raised on St. Croix. Pirates plied the waters and hundred of years of slavery left its indelible mark. It was within this atmosphere of magic and wonder that I grew up. My hope is pass some of that magic and wonder on to my readers.”

You can learn more about Bish by visiting her blog: Random Thoughts.