Posted on July 1, 2018 by lynnkelleyauthor

Do you enjoy watching a summer storm? 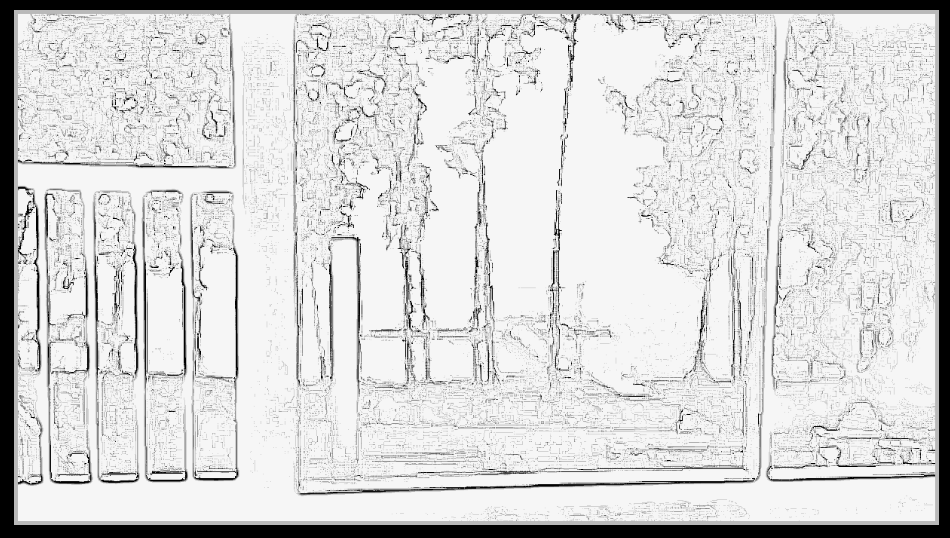 Silhouettes of the trees during a flicker of heat lightning.

I don’t mean from behind the steering wheel on the freeway during a torrential downpour. Those are terrifying times. I’m talking about kicking back on a screened-in porch, hanging out with family or friends and enjoying nature’s performance.

I just returned from a fantastic trip. Flew into Atlanta, Georgia June 13th, where my brother and sister-in-law picked me up. They had to drive through heavy, blinding rain.

Meanwhile, my flight was late due to the storm, and when the pilot announced we might have to “divert” I worried about how far the diversion would set me off course.

Fortunately, the Atlanta airport opened up soon after that and we were able to land. Whew!

My brother moved to Georgia 23 years ago, and this was the first time I visited. I didn’t spend much time there, though, because the next morning we left for his lake house in South Carolina. 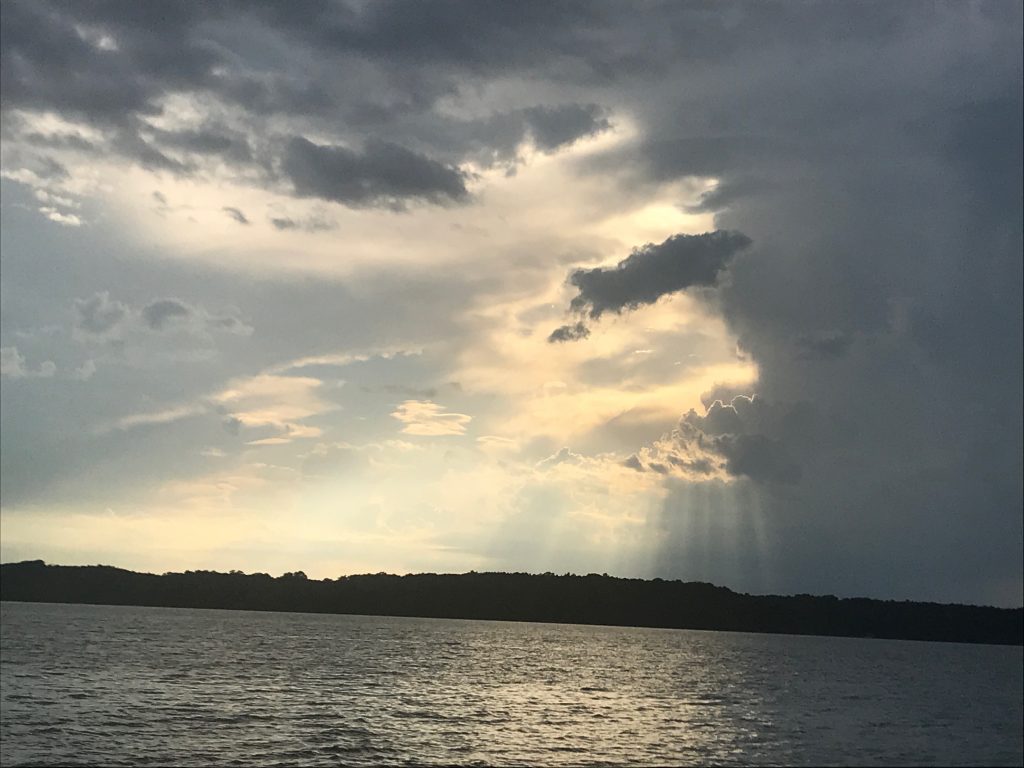 My oldest daughter, April, her husband Bryan, and the kids (Grasshopper and Ninja Doll) drove from North Carolina and met us at the lake house on Friday. 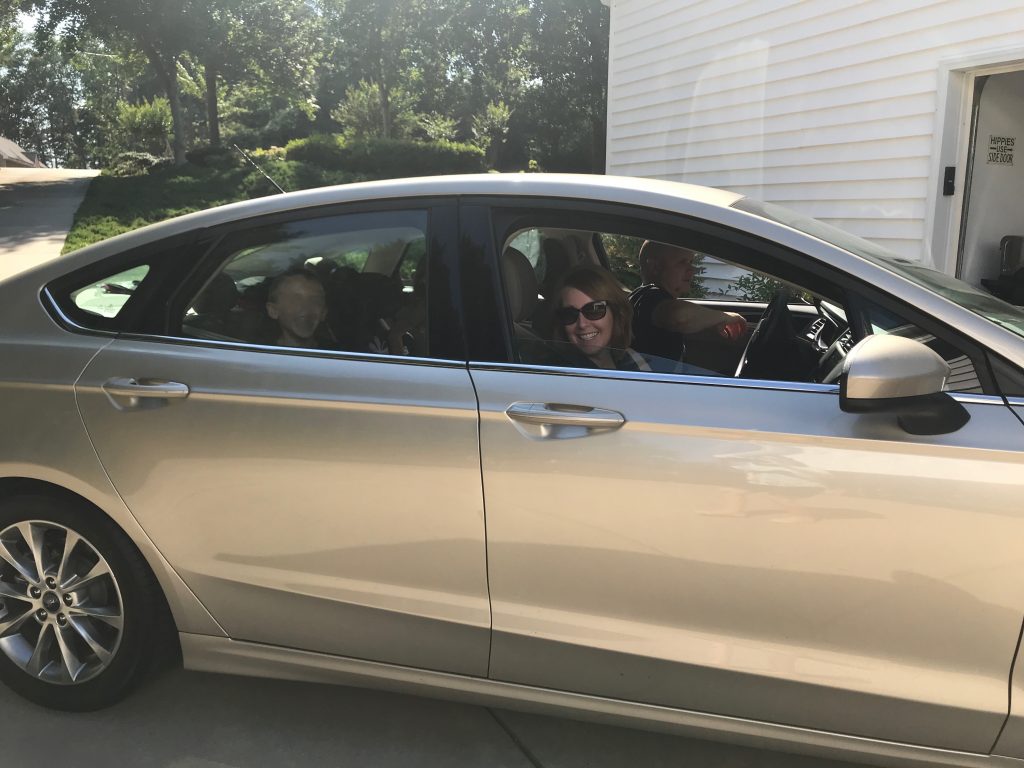 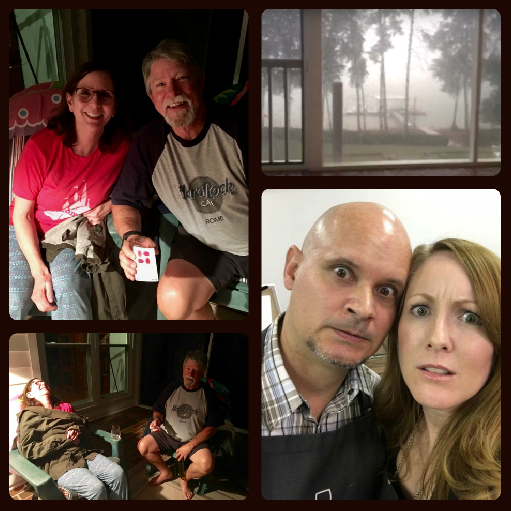 More relatives joined us for the family gathering: my niece and her husband and nephew and his girlfriend. I hadn’t seen them in years.

We were lucky and had two beautiful days at the lake house with no rain. I’ll cover the water fun in another post.

Saturday night felt like rain, even though there was only a 30% chance. It started with heat lightning in the evening. Spectacular!

The wind blowing through the Carolina pine trees sounded like running water, but it wasn’t raining. The heat lightning entertained us for a couple of hours. Then the sky cracked opened and released a downpour.

We sat on the screen porch and the wind blew the rain in. Felt like a misty breeze. Delightful! I loved the way the tension and momentum of the storm built up, just like a good novel!

Here’s a three-minute video with some of the highlights. I changed a couple of clips of lightning flickers to slow motion and ended the video with a freeze-frame finale.

This was a late night storm, but well worth staying up for.

After a while, April announced, “Here’s a song dedicated to my uncle.” Prince’s “Purple Rain” set the tone for a great lineup of songs about storms.

By 2:00 a.m., my brother was ready to call it a night, but April kept asking him questions and Bryan kept the music going.

“Riders On The Storm” by The Doors was perfect!

I enjoyed hearing the oldie “Rain on the Roof” by the Lovin’ Spoonful, but my favorite song of the night was Thunder by Imagine Dragons.

Since I live in California, a summer storm like this one is rare. I’ll never forget the great time we had riding it out this South Carolina summer storm while rocking out to good music.

The heart of man is very much like the sea. It has its storms, it has its tides, and in its depths it has its pearls, too.

What are your thoughts? What’s your favorite song about stormy weather? Do you enjoy watching summer storms? I’d love to hear from you!

Like Loading...
This entry was posted in family, Grammy Gets It, YouTube Video and tagged heat lightning, Lynn Kelley, Riders On the Storm by The Doors, songs about storms, summer storm, summer storm in South Carolina, Thunder by Imagine Dragon. Bookmark the permalink.