Parenting Plights and Delights – Should You Wear Underwear for School Pajama Party?

Today’s post is retrospective. It’s from my archives and is one of my favorite Parenting Plights & Delights stories:

When my nephew Brent was in kindergarten, his class had a Pajama Party on the last day of school. Pancakes would be served. The family was leaving for summer vacation that day, but Brent had been so excited about the party the whole month prior to it that my sister Cindy didn’t want to deprive him of the fun he’d been looking forward to. She decided they’d get a late start on their trip. 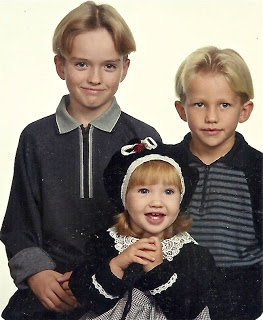 That morning, Brent bounded into the kitchen in his favorite cartoon jamies. “Got your shoes and socks on? Cindy asked.

“I’m not going if I have to wear underwear,” Brent insisted, folding his arms as he took a stance. After awhile, he asked, “Do you think the other kids are wearing underwear?”

Cindy told him to march back into his room and get his underwear on.

Cindy was going to pretend to call, but then decided to call one mother who was a good friend, just to give her a good chuckle.

Cindy couldn’t believe it. As it turned out, Grant did wear his underwear to school that day, but Brent chose to miss out on a great party rather than wear underwear under his pajamas. So, the family got an early start on their vacation!

What are your thoughts?

If you’re not a parent, aunts and uncles have lots of anecdotes, and memories from your own childhood count, too!

4 Responses to Parenting Plights and Delights – Should You Wear Underwear for School Pajama Party?