Posted on March 17, 2015 by lynnkelleyauthor

“This tale will rattle yer timbers, squiffie,
and chill ye to the bone!” ~Vlad 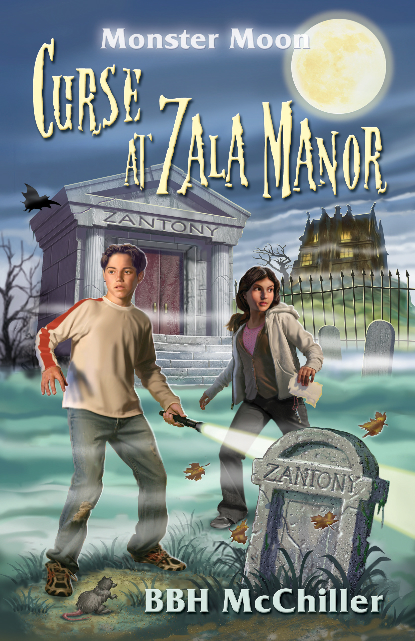 Book 1 in the fun, spooky Monster Moon Mystery series for ages 8 – 12. It’s almost Halloween, and twelve-year-old AJ Zantony’s world is threatened by an ancient curse that releases wicked pirates who had been trapped for centuries in his Aunt Zsofia’s creepy mansion, Zala Manor. 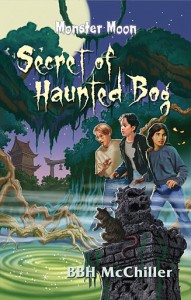 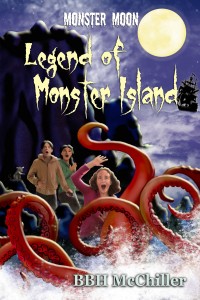 Reviews of Curse at Zala Manor:

In the vein of The Goonies and There’s a Batwing in My Lunchbox comes Monster Moon: Curse at Zala Manor…. This book has it all: secret tunnels and talking animals, mad science and real monsters. This is the perfect…book for in-class reading in elementary schools and early middle schools. Equal parts scary, mysterious, gross and silly, it’s pure fun. It’s definitely recommended for all collections aimed at fostering a love of reading.         ~Monster Librarian

Fun, silly, creepy, gross kiddo read.
If I were a teacher, this is what I [would] read my class…. 4.5 out of 5 stars.
~Michele Lee, Booklove