Cover Reveal of The Swift by Alex Banks 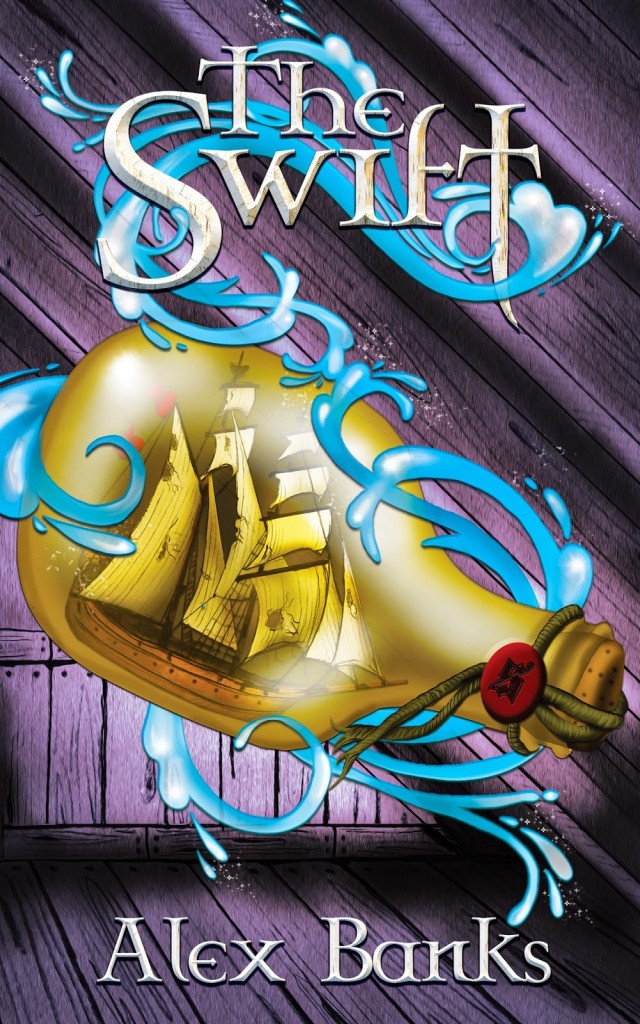 How far would you go to save the ones you love?

“The night twelve-year-old Pete planned to shoot the winning goal in the championship hockey game was the same night his dad was lost at sea. Now, eight months later, his mom still cries all the time, his beloved grandfather, stricken with Alzheimer’s, can’t even remember him, and they’re about to lose their crappy old house to the bank. To make matters worse, his twin brother Henry blames Pete for all of it. After all, they were a family of fishermen—if Pete had gone to help on the boat instead of to the game, their dad might still be alive.

While searching the attic for stuff they can sell, Pete finds a battle-torn ship-in-a-bottle. When he and Henry show the bottle to their grandpa, the three of them are transported back in time—on board the very ship that’s going down.

Battling pirates and the raging sea, the boys must learn to work together to help their grandpa save his past. If they don’t, they won’t have a future to return to.”

Do you like time travel tales? If you could travel back in time and change something in your past, what would it be?

26 Responses to Cover Reveal of The Swift by Alex Banks