Posted on September 17, 2013 by lynnkelleyauthor

He’s answering a different interview question at well over 160 sites, plus doing regular interviews and guest posts on other sites. I think that’s why they call him Ninja Captain. He’s phenomenal!

Here’s my question and his answer:

Q   If you could invent something from an alternate universe, what would it be?  What will you do if you get rich off it? (Shhh, I snuck in two questions!)

A   I’d retire!!! I’d invent the teleporter, because I’d really like to use one as well. I hate the daily commute. Of course, if I’m retired, there won’t be a commute. But then I could travel the world…

Alex picked the perfect invention, don’t you think? A teleporter would make my life much  easier. How about you? Would a teleporter come in handy?

Perhaps Alex won’t need to invent a teleporter so he can retire. His new book might just be the ticket that will make that possible: 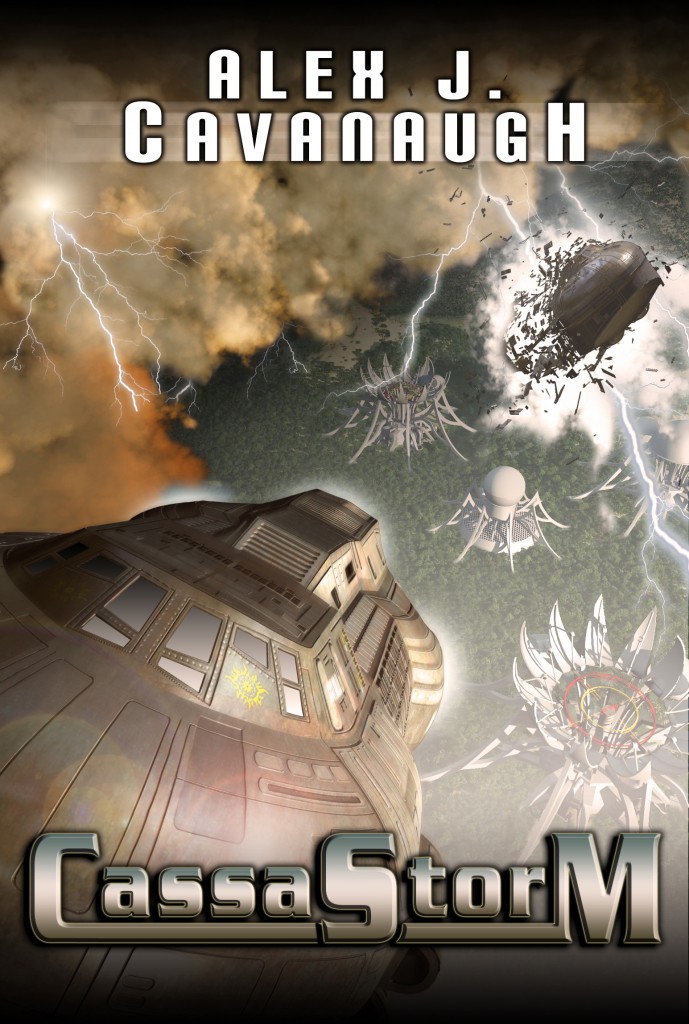 From the Amazon Best Selling Series!

A storm gathers across the galaxy…

Commanding the Cassan base on Tgren, Byron thought he’d put the days of battle behind him. As a galaxy-wide war encroaches upon the desert planet, Byron’s ideal life is threatened and he’s caught between the Tgrens and the Cassans.

After enemy ships attack the desert planet, Byron discovers another battle within his own family. The declaration of war between all ten races triggers nightmares in his son, threatening to destroy the boy’s mind.

Meanwhile the ancient alien ship is transmitting a code that might signal the end of all life in the galaxy. And the mysterious probe that almost destroyed Tgren twenty years ago could return. As his world begins to crumble, Byron suspects a connection. The storm is about to break, and Byron is caught in the middle…

“CassaStorM is a touching and mesmerizing space opera full of action and emotion with strong characters and a cosmic mystery.” – Edi’s Book Lighhouse

“With a talent for worldbuilding and a compelling cast of characters, Alex J. Cavanaugh combines high powered space battles and the challenges of family dynamics to provide readers a space opera with heart.”
– Elizabeth S. Craig, author of the Southern Quilting and Myrtle Clover mysteries

“I thought the revelation was going to be one thing and I was completely wrong … CassaStorm pushes the limits…”
– Tyson Mauermann, Speculative Reviews

Alex J. Cavanaugh has a Bachelor of Fine Arts degree and works in web design and graphics. He is experienced in technical editing and worked with an adult literacy program for several years. A fan of all things science fiction, his interests range from books and movies to music and games. Online he is the Ninja Captain and founder of the Insecure Writer’s Support Group. The author of the Amazon bestsellers, CassaStar and CassaFire, he lives in the Carolinas with his wife.

Comment on Alex’s blog this week for a chance to win a Cassa mug, mousepad, magnet, and swag!

Wishing Alex all the best with his book tour and the success of CassaStorm.

I’m also keeping my fingers crossed Alex scores another big hit with sci-fi fans (like me) and invents that teleporter. Quick!

9 Responses to CassaStorm is Here!