Posted on September 17, 2012 by lynnkelleyauthor

Some kids get in trouble if they utter the dreaded ‘S’ word. Parents, you know what I’m talking about, and big, bad me, I’m going to say it right here in this post, so if your kids are looking over your shoulder, you might want to shoo them away. Here goes, the shocking, scandalous ‘S’ word – ‘Shut up!’ (Hey, that’s actually two words.)

Rene Reiner is one of many parents who designated the ‘S’ word as off limits. In the wee hours one morning while doing paper work, she was startled by the loud voice of her 18-year-old son, J.R., telling her nine-year-old son, “Shut up, Charlton!”

It took Rene a moment before she realized that J.R. was in another state and that Charlton had been asleep for hours. Then once more she heard it, “Shut up, Charlton!” This time she pegged the speaker as their pet parrot.

When J.R. returned home, she asked him why he’d been telling his brother to shut up.

“Then why does the parrot say ‘shut up, Charlton’ in your voice?”

J.R. turned red, then fessed up, “I’ve only done it a couple times.” 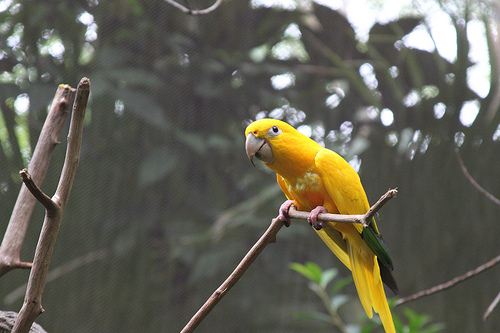 I’ve heard other stories of parrots repeating things they weren’t taught to say, like one family that spent hours trying to teach their new parrot cute phrases, but it wouldn’t say anything. Then one day the parrot started talking, but instead of the cutsie phrases they were teaching it, it said, “Get out of my room!” Then later, “I didn’t do it.” 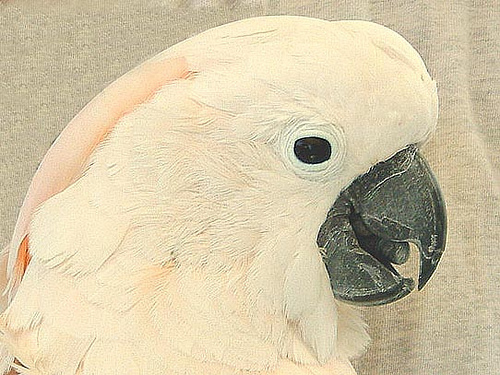 Photo by Dana Ross Martin via WANA Commons
This is not the cockatoo mentioned below.

The parrots repeated some not-so-nice things, but that’s nothing compared to a white cockatoo I heard about. Yes, this is a true story. Imagine buying such a beautiful bird and wondering why anyone would want to sell their gorgeous pet. Now picture the new owners’ shocked expressions when the cockatoo yelled, “Shut the ‘F’ing door!” Oh, my, my, my.  What a predictament!

Do you have certain words or phrases that your kids are forbidden to say?
Have you ever owned a talking bird that said things you didn’t like?
Do you have a parenting or grandparenting memory
or another story you’d like to share?
If you’re not a parent, memories from your own childhood count, too.
Warning: I might feature your story in a future post.
(Names can be changed to protect the guilty!)
I’d like to thank all those who have shared their stories.
These posts wouldn’t be the same without your input.
If you don’t want to leave a comment but would rather contact me by email,
here’s my address: lynkelwoohoo at yahoo dot com.