Posted on July 9, 2012 by lynnkelleyauthor 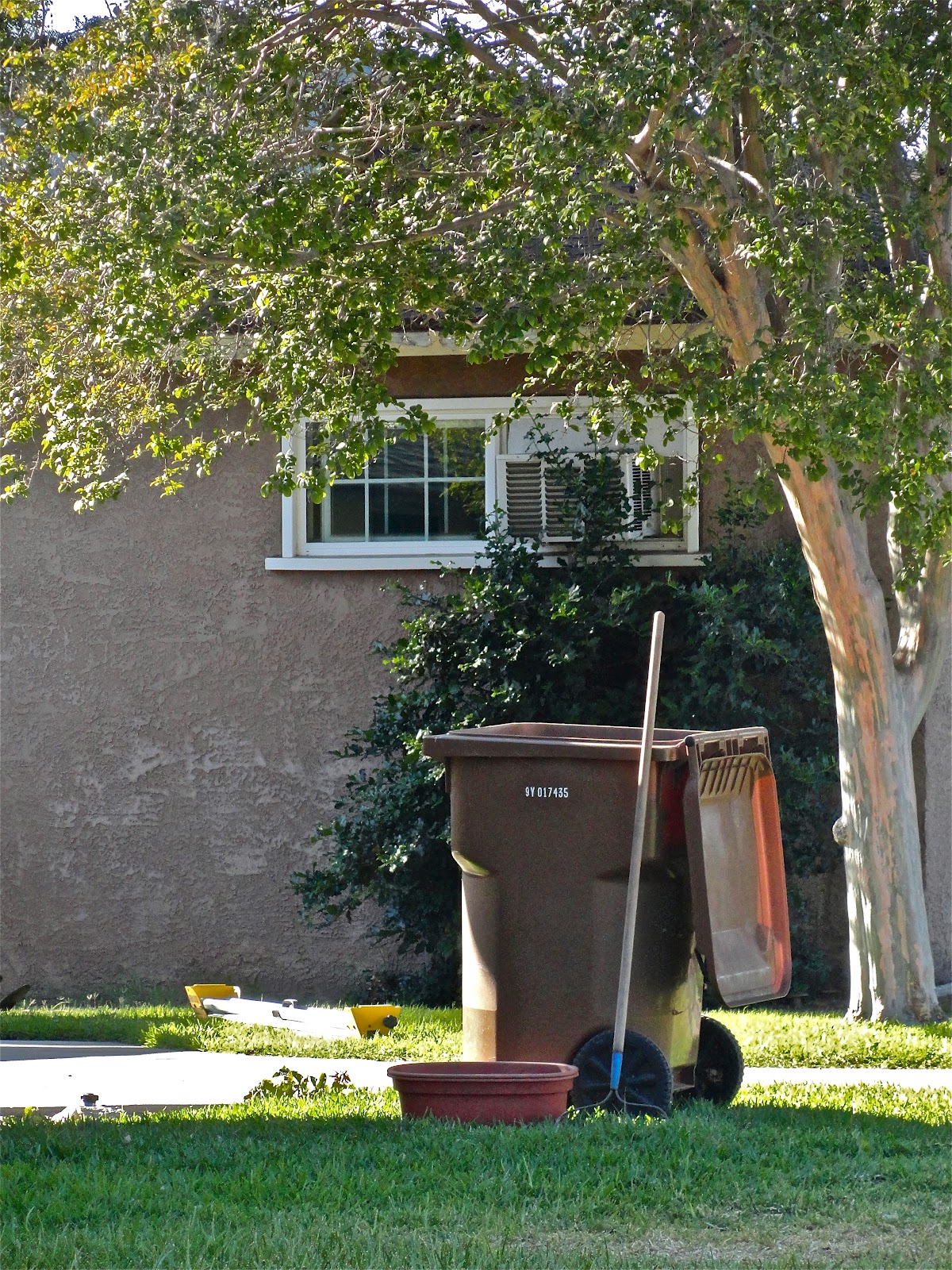 This is one of my favorite parenting stories. It happened years ago when my sister, Cindy, was eight months pregnant with her second child. Her hormones were raging and she’d cry over any little thing.
On a hot summer day, she relaxed on her front porch as she watched her two-year-old son (Soldier) help her husband, Jim, with his yard work. Soldier helped his dad roll the huge trashcan across the lawn. It was provided by the city, the kind with a heavy lid that hangs down when it’s open. The lid almost scrapes the ground when you roll it at an angle.
Suddenly, Jim disappeared. Cindy noticed the trashcan had fallen onto its side. She wondered what in the world was going on. Then she noticed Jim’s foot sticking out and wiggling. He slowly emerged, crawling backwards on his hands and knees. He had tripped on the lid and fallen face down into the trashcan.
Cindy busted up, laughing hysterically. As hard as she tried, she couldn’t get a grip, and tears poured down her face. Then she noticed a cut on Jim’s leg. Her normal response would be to get a bandage for him, but the hormones fueled her laugh attack so it mounted with greater intensity.
Knowing Jim wouldn’t appreciate her laughing at him, she went into the house to calm down. After five minutes of sidesplitting laughter, the thought occurred to her that all that laughing might trigger labor.
That thought, plus the realization that Jim might get mad at her, sobered her up in an instant. Cindy’s hormones did an about-face, she cried uncontrollably, sobs racking her body.
Soon Jim and Soldier walked into the kitchen and stared as she wailed loudly. One look at their puzzled faces and Cindy’s crying fit turned into screams of laughter.
Jim didn’t get mad and Cindy carried the baby full term. She had a boy, who I call Joker, and he ended up with a wonderful sense of humor!
Do you have a parenting or grandparenting memory
or another story you’d like to share?
If you’re not a parent, memories from your own childhood count, too.
(Or another family member’s or a friend’s story)
Warning: I might feature your story in a future post.
(Names can be changed to protect the guilty!)
I’d like to thank all those who have shared their stories.
These posts wouldn’t be the same without your input.
If you don’t want to leave a comment but would rather contact me by email,
here’s my address: lynkelwoohoo at yahoo dot com.
A version of this story originally appeared in The Highland Community News in April 1998.

Like Loading...
This entry was posted in Uncategorized and tagged humor, Parenting, pregnancy, trashcan, trashed. Bookmark the permalink.