It Never Snows in California, Does It?

Posted on March 23, 2012 by lynnkelleyauthor
Tuesday welcomed the first day of spring, a favorite season for many who live in harsh climates. They breathe a sigh of relief when the thaw begins.
Many people hate shoveling snow and driving in it so much that they’ve moved to Southern California where you can go all year without seeing a single flake, unless you take a drive to the mountains.
Below, my Monster Moon co-authors Kathy Sant and Maria Toth join the kids at Valadez Middle School Academy in Placentia, California for some flaky fun on a warm October day in 2010 at the Read for the Record event. Students at schools across the country read A Snowy Day by Ezra Jack Keats. 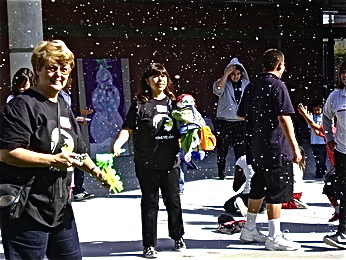 Artificial snow machines kicked on and sprinkled them
with white flakes floating out of the blue California sky!
Actually, it was bubble machines up on the roof, and the flakes weren’t even cold. Some of the kids had never experienced real snow and wouldn’t know the difference. However, there was one patch of actual snow on the school grounds that had been trucked in. The small mound was high enough for a short sled ride. Just enough for the kids to get the drift of what the frozen white stuff’s all about.
There’s something about those delicate icy flakes that seem magical.
About 25 years ago, Highland, California was treated to a little sprinkle. 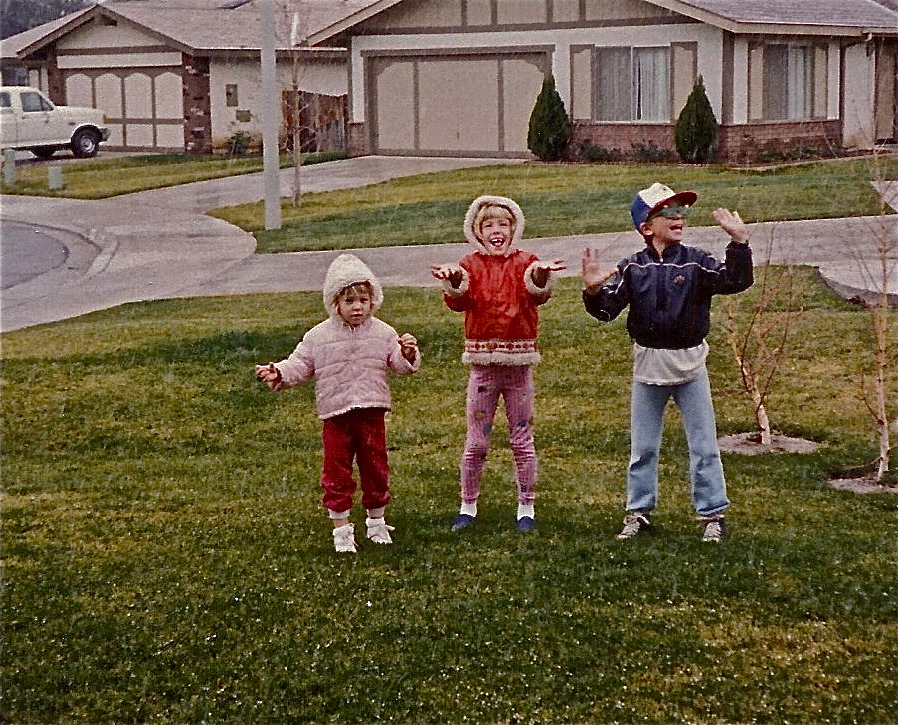 It barely started snowing, but our kids bundled up and ran outside to play in it.
See the tiny white specks? They melted right after they hit the ground!
In 2007 most of Southern California got a good layer of the real deal. Newsclips showed families in Malibu building snowmen and making angel imprints. It wasn’t heavy enough to snow anyone in, but many established trees and plants throughout the southland couldn’t tolerate the cold snap and died.
In December 2008, our third year living in the High Desert of Southern California, we got snowed in. The cities don’t have snow plows. Puck couldn’t get to work, so he went in the jacuzzi with his dad and had a brewski.

Look at that pathetic snowman in the background! 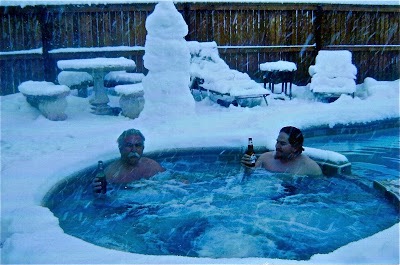 “Snowmen fall from heaven… unassembled.”  ~Author Unknown
Our dogs had never seen snow before. They were happier under the patio cover, where it was dry and they didn’t freeze their paws off. 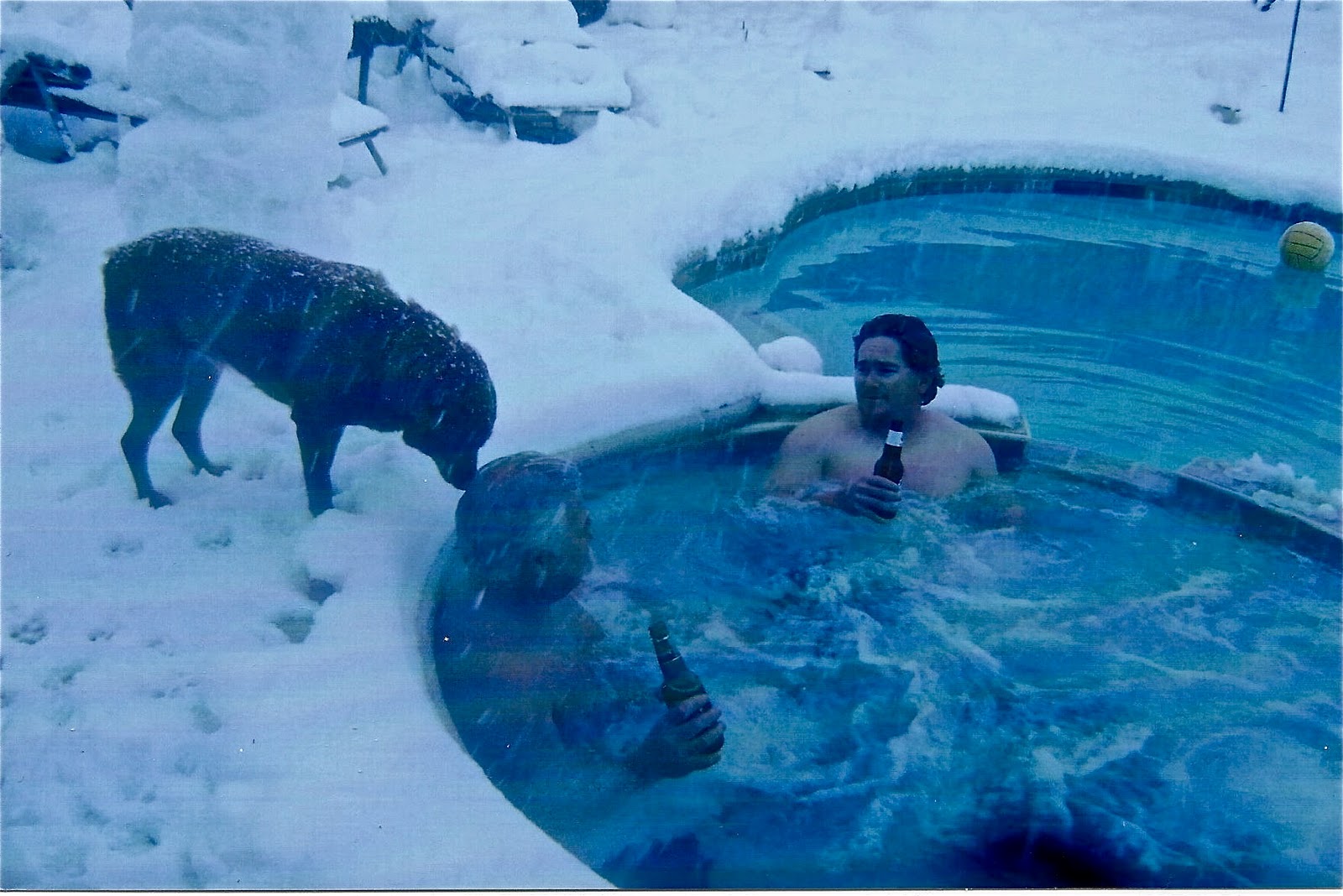 Trivia question:  How big were the largest snowflakes recorded in the USA?
Answer: Fifteen inches in diameter in the state of Montana.
Although I live in a mild climate, I’m happy to say goodbye to winter and hello to spring. It’s my favorite time of year, with its gentle breezes, warm sunny days, and new growth. How about you? What’s your favorite season and why?

Like Loading...
This entry was posted in Uncategorized and tagged Read for the Record, snow in California, Valadez Middle School Academy. Bookmark the permalink.

16 Responses to It Never Snows in California, Does It?