Posted on March 21, 2012 by lynnkelleyauthor

Many people think GPS stands for Global Positioning System, but if you’ve been misguided or lead off the beaten highway by your GPS, you know as well as I do it really stands for Get Punked System! 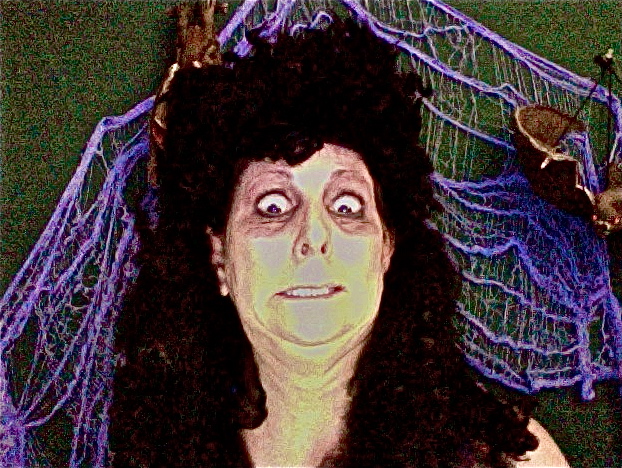 A GPS can drive you crazy!

My sense of direction sucks big time. I’ll exit a restaurant rest room and turn the wrong way to get back to my table. It’s easy enough to backtrack on foot, but not so much when driving.  I thought my traveling woes were over the day hubby bought me a GPS. I named it Beverly.

Here it is a year later and I believe GPS gadgets are programmed by practical jokers. Actually, I’m convinced of it. Here’s a common scenario when I’m trying to follow Beverly’s directions:

About a minute into my set destination, Beverly announces: Lost satellite reception.

Of course you did, Beverly.

I find the freeway, no thanks to Beverly, and I know I’m headed the right way when she picks up reception again and instructs me to turn left on Blah Blah Street.

Earth to Beverly, I said I’m already on the freeway.

You are headed the wrong direction. You need to make a U-turn.

I don’t think so. What the heck?

Isn’t my GPS a gem? What a sucker!

My brother told me about one time when he and his wife were traveling in an unfamiliar city. Their GPS instructed them to exit the freeway, navigated them a few miles away, turning here and there, then guided them back onto the freeway in the same area it had them exit. How bizarre.

I’ve learned I can’t depend on Beverly. She’ll punk me for sure, so I look up directions ahead of time whenever possible just to have an idea of where I’m going.

It’s wise to have a paper map as a backup. That way, you can avoid the mistake three young Japanese tourists made a few days ago. They were visiting Australia and trusted their GPS to guide them from the mainland to North Stradbroke Island.

Things looked fine and dandy in low tide, so they continued straight ahead as the voice instructed. Even when the water got deeper and muddier, the voice announced, “Continue driving ahead.” They did and became stuck in the Pacific Ocean. The GPS failed to notify them of the nine miles of mud and water between their location on the mainland and their island destination. Here’s a link to watch the video clip.

The clip also mentions the funny GPS mishap in an episode of The Office and some real life GPS disasters:

Do you have a GPS? Did you give yours a name? What name? Do you talk to your GPS? Have you had any bad experiences you’d like to share? I love to hear from you!

Like Loading...
This entry was posted in Funny, Humor, Uncategorized and tagged naming your GPS, talking to your GPS. Bookmark the permalink.

18 Responses to GPS – Get Punked System