Teaching Your Kid to Ride a Bike?

Posted on December 5, 2011 by lynnkelleyauthor 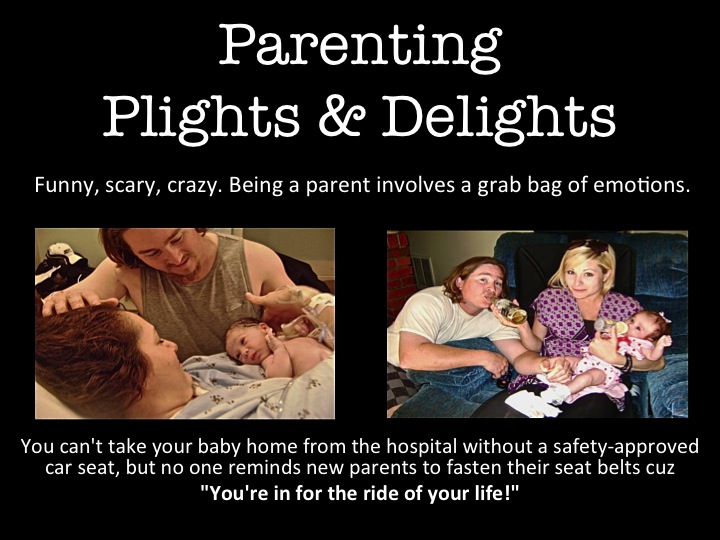 Once Santa leaves that new bicycle under the tree (okay, maybe near the tree), someone has to teach the newbie how to ride it.
Have you ever taught your kid how to ride a bike? 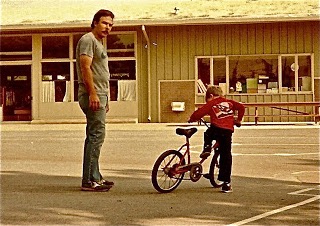 My husband teaching our son to ride many years ago.

When Steve King’s oldest child, Rhett, was not quite five years old, he got a spiffy red bike for Christmas. Steve was excited about teaching his son how to ride his bike. They lived in an apartment complex with a swimming pool in the middle of the complex. Steve realized the pool could pose a problem, but he decided he would steer Rhett away from it.

Steve ran behind Rhett, holding onto the bike. Rhett proved to be a fast learner, so Steve steered Rhett to the right and then let go. Rhett veered to the left and rode along the pool until the bike tipped over and he splashed into the cold water.

Rhett laughed at first, but when Tammy, his mother, ran outside, he cried when he saw how upset she was that he was swimming fully clothed in the dead of winter. Steve helped Rhett out of the pool and then fished the bike out.

Later that same day, Steve decided it would be best if Rhett got back up on the horse right away. He convinced his son that something like that wouldn’t happen again. After steering Rhett to the right and away from the pool, Rhett turned left again and fell into the pool once more.

Steve couldn’t believe it, and his wife wasn’t the least bit amused. Knowing well that with three strikes he’d be out, Steve decided to play it safe and took Rhett up to the high school where his son could learn to perfect his bicycle riding skills.

Once he got the hang of it, “Rhett was thrilled and smiled from ear to ear,” Steve said. 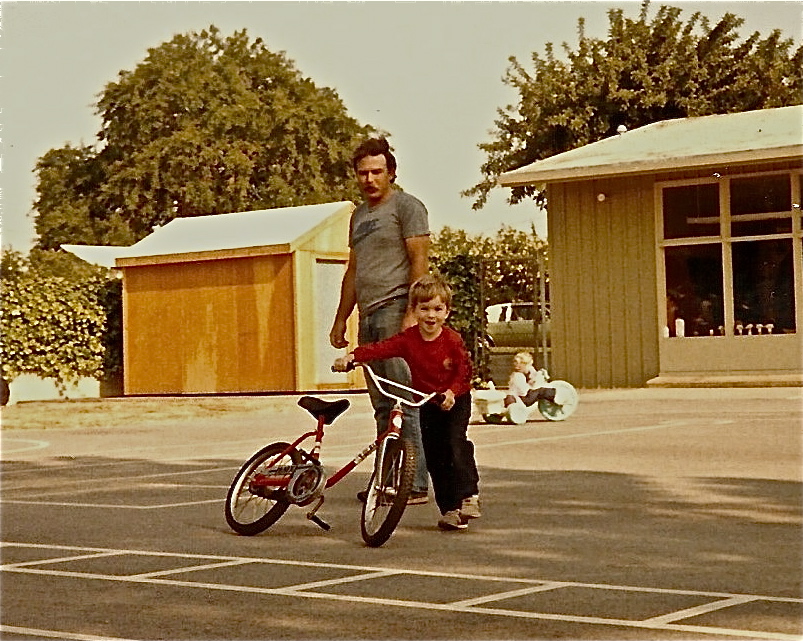 Good thing we had a school near us when it was
time for our son to learn to ride!

This little boy is mighty proud of himself for learning to ride his bike.
If you need a pep talk or a little motivational speech to tackle your goals, you gotta watch this!

So, do you have a parenting or grandparenting story? If you’re not a parent, memories from your own childhood count, too!

(Names can be changed to protect the guilty!)
Thanks to all who shared a parenting memory with me last week. I’m saving them and will publish some in future posts.
If you don’t want to leave a comment but would rather contact me by email, here’s my address: lynkelwoohoo (at) yahoo (dot) com.
A version of this story first appeared in The Highland Community News in June of 1998.

21 Responses to Teaching Your Kid to Ride a Bike?