Happy Mother’s Day to all mothers and especially to my mom, Marilyn! 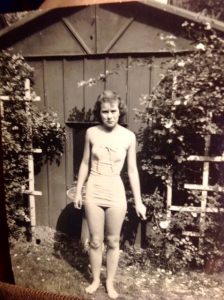 Last August I interviewed my mom, two months before she turned 82. This is Part 2. 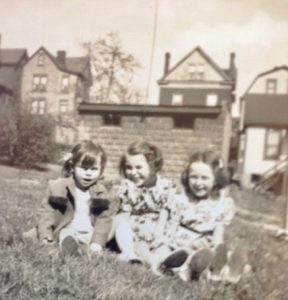 In Part 1 (not available to the public), Mom talks about her family. Mom was 13, the third oldest child, when her mother died after giving birth to my Aunt Clare. It was my grandpap’s birthday. He became a widower with seven daughters to care for.

Mom met my father when she was 14, and her father remarried when Mom was around 15. The evil step-mother badmouthed my dead grandmother, got rid of her things, criticized the clothes the girls wore, and made Cinderella’s step-mom look like a gem. 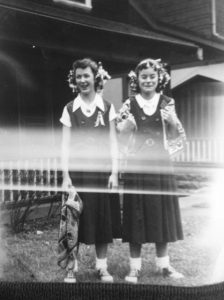 Mom and her best friend, Sis

Mom got a job as a file clerk when she was 16. She went through an employment agency. When her first paycheck was issued, the step-mother demanded Mom hand over the money, but she didn’t receive anything because the employment agency took their cut. Evil stepmother slapped Mom across the face.

That was the last straw. Mom decided to elope and get away from the evil step-mother. In July 1952, Mom and Dad married. She lied and said she was 21. Actually, she was three months shy of turning 17. Dad was 19. His mother signed for him to get married.

Grandpap ended up divorcing Mom’s step-mother not too long after Mom eloped because he’d had enough of that woman’s evil ways. He never remarried after that.

In Part 1, Mom also shares interesting family history. Her mother was the oldest of four children, and their mother (my great-grandmother) died in 1918 from the Spanish influenza, which claimed the lives of many healthy people in their 20s and 30s. Pittsburgh got hit extra hard.

Mom’s grandfather had to put the four children in an orphanage while he moved into a boarding home. He met a woman named Katy, another boarder. They fell in love and married. She helped raise the four children, and because she was unable to have children of her own, they adopted a baby girl.

Mom’s father spent most of his childhood in an orphanage. At age 13 he was out on his own and became an apprentice printer. 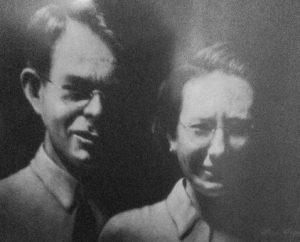 In Part 2 of the interview, Mom talks about what it was like to have babies back in the 1950s. She was given a saddle block, which numbed her from the waist down. Dad had been drafted into the army during the Korean war and was stationed overseas in Austria when my brother was born in 1954. Back then, women were kept in the hospital for five days after giving birth. 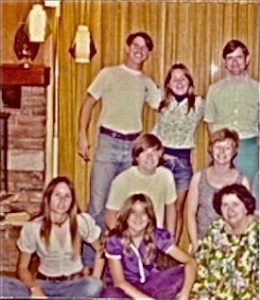 I would also like to remember George’s mother. I never had the pleasure of knowing her because she passed away when he was 15. She had rheumatic fever as a child and it left her with a weak heart. 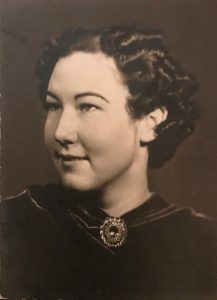 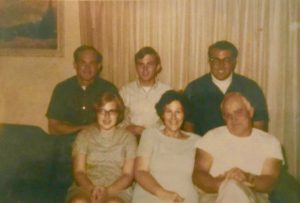 Helen would have turned 100 years old on May 2nd, so we went to the cemetery and put flowers on her grave and on George’s father’s grave, too. Our daughter, Amy, was born on Helen’s birthday. Amy took the photo. 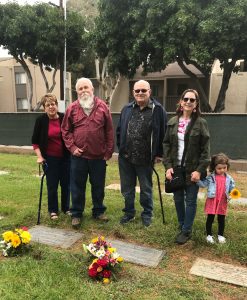 As you can see, family is important to us. Reminds me of a favorite quote: “Families are a lot like fudge – very sweet with a few nuts.” ~ Anonymous

Wishing you and your family a wonderful Mother’s Day.

What are your thoughts? Are you interested in your family’s history? Have you written all the important info down? What are you doing for Mother’s Day? I’d love to hear from you!