The Stone of Valhalla Blog Tour

Posted on March 31, 2014 by lynnkelleyauthor

Welcome to The
Stone of Valhalla Blog Tour!
A middle-grade fantasy-adventure by Mikey Brooks.

for a chance to WIN a $25 Amazon Gift card and other great prizes!

I get asked a lot if my personal childhood affected my writing in any way. In order for me to answer this question I need to tell you a little about my childhood. I grew up on a farm in rural Missouri. Our nearest neighbor was about a mile down the dirt road. It took about 30 minutes to get into town where they had one stop light, a grocery store, a bank, an elementary school, and high school (which consisted of grades 7-12). Because we lived so far outside of town, I didn’t have many friends. We had a very dense forest surrounding our farm and those woods became my Wonderland. I’d go into them and make believe I had found doorways to hidden worlds where new friends awaited there for me. I find it funny that so many years after leaving those woods and growing up I write a story about a boy who goes to another world where new friends await him. So, yes, my writing is very heavily affected by my childhood.

I find a lot of similarities with my main character, Aaron, and myself. Not only does he suffer from asthma (as I did when I was a kid), but he is incredibly good looking. Aaron also shares my sense of humor. He also has a hard time making friends. In fact, he tries to pretend to be something he’s not in order to make them. Looking back at some of the friends I had when I was a kid, I see that I did the same thing. My supposed “friends” teased me and made me do things like steal just so I could belong to their group. Aaron
learns a similar lesson that he doesn’t have to change himself for others to like him. He learns if friendship comes with prerequisites, then it’s not really friendship at all. My favorite line Aaron says to these supposed “friends” is that he’d rather be a loner than a loser. Although it’s easier to stand with a crowd, it’s better to stand alone when it is right.

I am thrilled to announce the release of my newest middle-grade fantasy-adventure: The Stone of Valhalla. I hope you love Aaron as much as I do. Yes, he has a lot to learn in the beginning but the excitement comes as we see him grow throughout his journey.

Aaron was chosen to save their world, but it might come at the cost of
losing his own.

Breaking into an old lady’s basement was supposed to reward 13-year-old Aaron with new friends. Instead he finds an enchanted amulet that transports him to another world—one at war with magic. Before he knows it, he is accused of witchcraft and invited to a bonfire—where he’s the main attraction. If that’s not bad enough, a goblin army shows up and toasts the town…literally. The good news: Aaron escapes being charbroiled. The bad news: the goblins are after him. They want his amulet and will stop at nothing to get it. Battling to find his way home, Aaron teams up with a not-so-magical-wizard and learns it’s his fate to destroy the amulet and save this new world. But is he willing to sacrifice his own?

Check out what these talented authors
are saying about it:

“The Stone of Valhalla is one of those books that only comes along once in a great while. Brooks doesn’t just create a world, he puts you inside of it, allowing you to experience the wonder in a way that only he can. His characters are likable and fun. His twists leave you
asking ‘Why?’ Treat yourself to an exciting adventure through a beautiful new land. Make new friends and be a part of the magic. This is a book that you will not be able to put down!”

“The Stone of Valhalla drew me in from the get-go. Aaron’s journey is
reminiscent of Dorothy’s trek in The Wizard of Oz. Magic, sword fights, danger, and more danger, sprinkled with humor and unexpected twists. This is one of the ‘best’ fantasy adventures I’ve ever experienced!”

“The Stone of Valhalla is a riveting mystery revealing true friendship, loyalty and sacrifice. Brooks engages the curiosity of middle graders and older sleuths alike, until the very end. Fantastic!”

Where to Find The Stone of Valhalla: 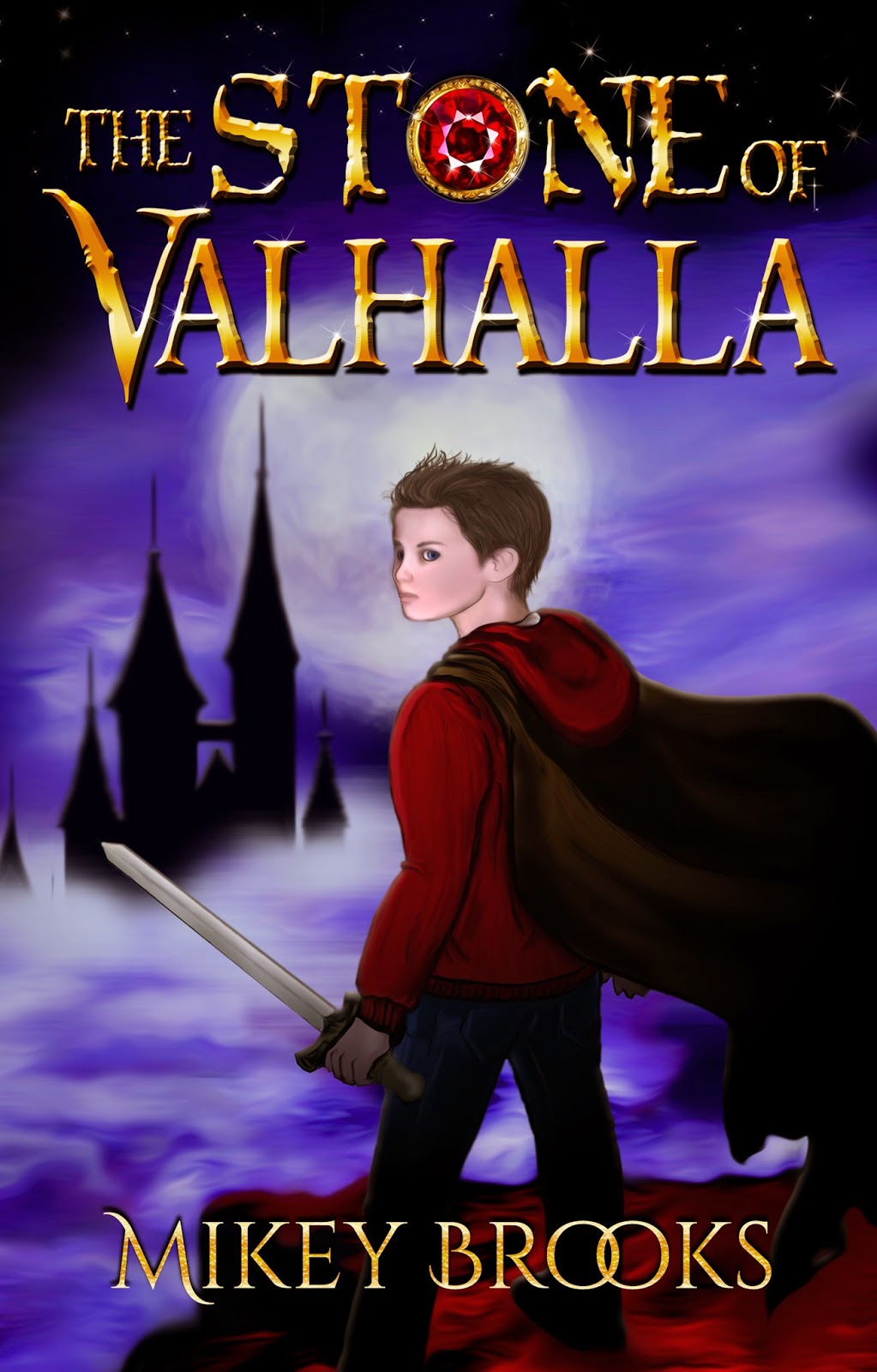 During The Stone of Valhalla
Blog Tour

Mikey’s other great middle-grade eBooks will also be set to the low
price of just $0.99!

The online launch party will take place on Thursday, April 10th at 4pm (MST). The party will run for 2 hours and you’re invited to drop by anytime. The longer you stay the more chances you have of winning prizes! We have slew of eBooks to giveaway, as well as a Stone of Valhalla necklace AND a $25 Amazon gift card! It is hosted by LovingtheBookLaunchParty on Facebook. Just follow this link to join the event: http://goo.gl/Q2Fd3r.

What’s that? Another Party!

That’s right! If you’re local to Utah you don’t want to miss this kickin’ party. We
are having a launch party to celebrate the release of this awesome new book. Of
course there will be plenty of giveaways there too, but what’s even better are
the guest authors! Just check out these fabulous names: J. Scott Savage, Chad
Morris, Lisa Mangum, Jenni James, Ali Cross, and many more. The Launch Party
is: Friday, April 11th from 6-9pm at the Viridian Center in West Jordan, Utah.

Mikey is a small child masquerading as an adult. On occasion you’ll catch him dancing the funky chicken, singing like a banshee, and pretending to have never grown up. He is the author/illustrator of several books including the best-selling ABC Adventures: Magical Creatures and Bean’s Dragons as well as the middle-grade fantasy-adventure series The Dream Keeper Chronicles. His art can be seen in many forms from picture books to full room murals. He loves to
daydream with his three daughters and explore the worlds that only the imagination of children can create. Mikey has a BS degree in English from Utah State University and works full-time as a freelance illustrator, cover designer, and author. As a member of the Emblazoners, he is one of many authors devoted to ‘writing stories on the hearts of
children’. He is also one of the hosts of the Authors’ Think Tank Podcast. You can find more about him and his books at: http://www.insidemikeysworld.com/.

12 Responses to The Stone of Valhalla Blog Tour