Posted on August 31, 2012 by lynnkelleyauthor
Reality is merely an illusion, albeit a persistent one.
~ Albert Einstein
What’s going on with the spoon dangling from that bracelet?
No, it’s not a charm gone wild. No, it’s not a magic trick. No, it’s not Photoshopped. 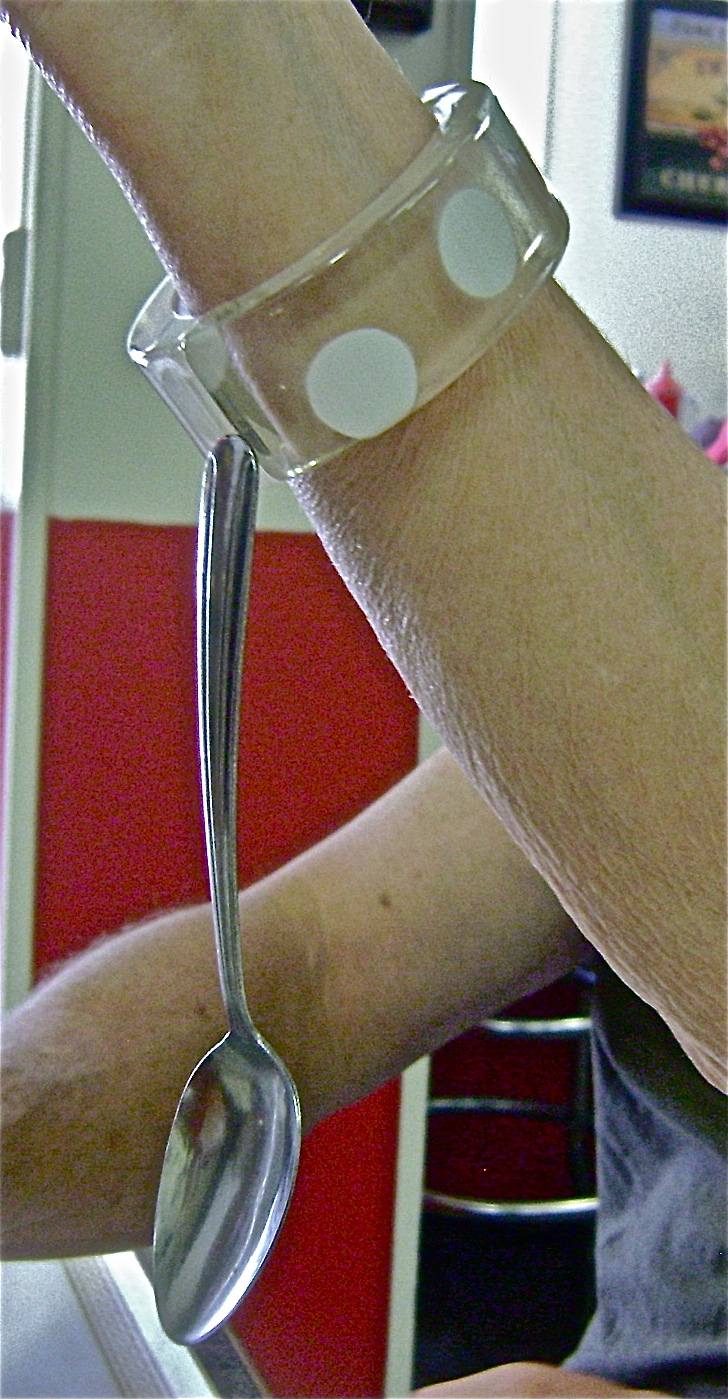 This is my aunt’s bracelet. A group of us went out to breakfast. She lifted her arm and felt something heavy on her wrist. She couldn’t believe a spoon was sticking to her bracelet. She removed it, but the next time she lifted her arm, it happened again! How could that be?

Simple: Her bracelet comes apart in two separate equal-sized pieces. Each piece has magnets built into them to hold the bracelet together around her wrist. The magnet attracted the silverware on the table.

I wonder what she’d pick up wearing that bracelet in a jewelry shop? Imagine her walking out with a pricey metallic piece and not realizing it. She could end up in prison!

Magnetism is one of the Six Fundamental Forces of the universe,
with the other five being Gravity, Duct Tape, Whining, Remote Control,
and the Force That Pulls Dogs Toward the Groins of Strangers.
~ Dave Barry

Can you think of any other strange scenarios that could happen with a bracelet like that? C’mon now, stretch your imagination and have some fun!

21 Responses to This Isn’t Photoshopped!