The Making of a Leather Breastplate

Posted on January 11, 2012 by lynnkelleyauthor
Last week I shared the inspiration behind Stephanie Jefferson’s novel, PRINCESS KANDAKE – Warrior By Choice….Appointed to Rule. If you missed it, you can read it here.

Today, I’d like to cover the fascinating process Stephanie went through to make the leather breastplate for her model, Makeda, to wear during the photo shoot. Stephanie knocked herself out to get every detail of the costume as authentic as possible. 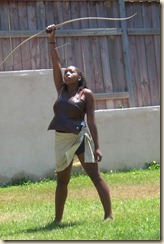 Here’s a cool shot Stephanie
considered using for the book cover.
If the model’s breastplate looks like it was made to fit,
that’s because Stephanie designed it specifically for Makeda.
Watch the video clip below to hear how she did it! 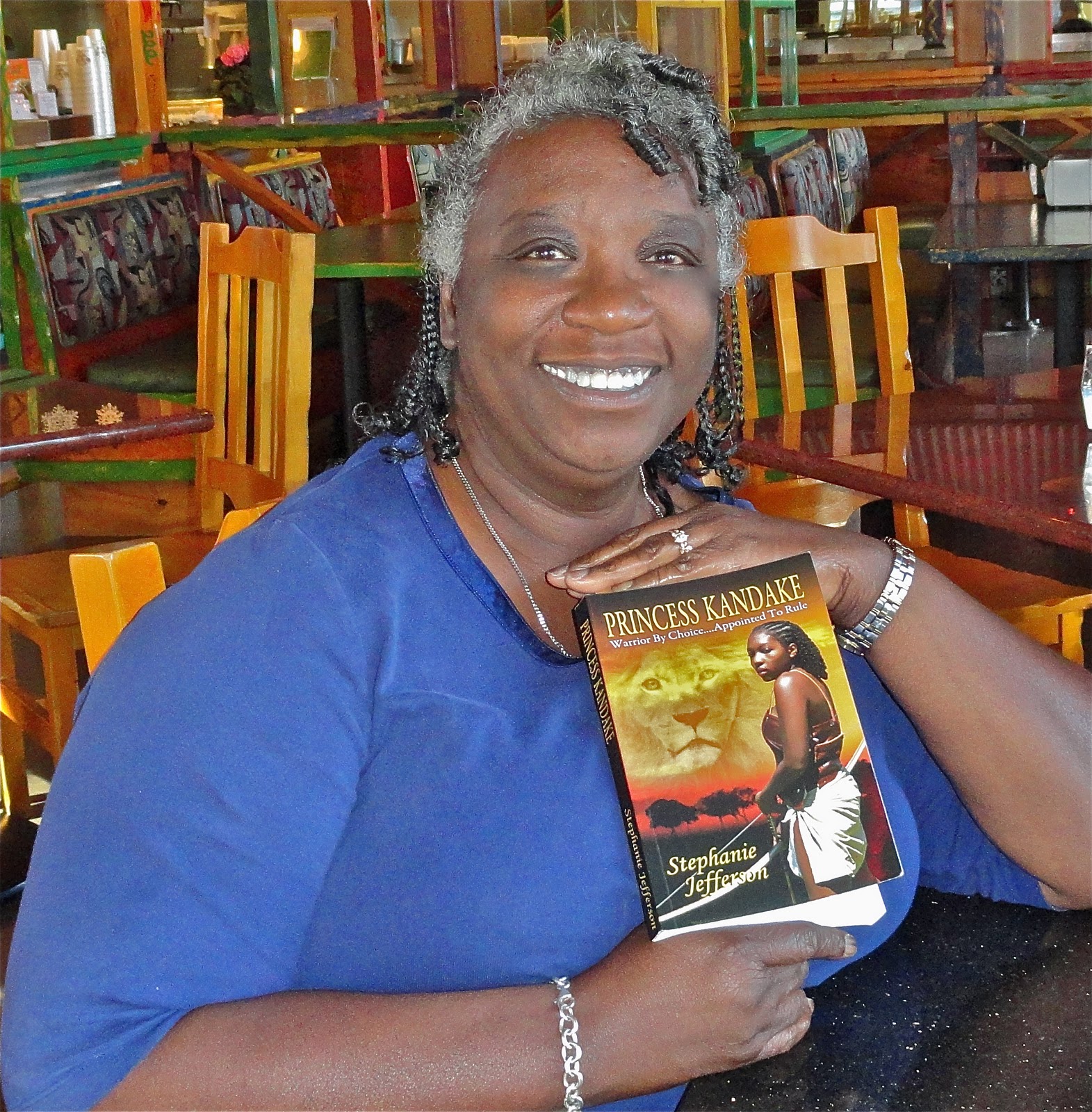 Here’s the cover shot Stephanie decided on.
I have to say I think it makes a beautiful cover.

After wrapping Makeda (wearing a t-shirt) with duct tape to make the mold, Stephanie formed the breastplate out of calf skin. She figured out this whole process on her own. Very impressive! She made the sarong, too, designed the pattern and dyed it so it was the color of dried grass. Beads give it a nice touch. You can read Stephanie’s post about it here.

But that post doesn’t explain the making of the mold, which she created with plaster strips.


Watch this video clip to hear Stephanie explain
how she designed the sarong and made the leather breastplate.
(This video was shot a month before she
suffered a massive heart attack in September.
Thankfully, she’s making an astonishing recovery.)

Here’s a comical excerpt from her blog post of July 12, 2011. She had a bad morning trying to accomplish other things, so she decided to work on the breastplate instead:

I’m  in the craft room setting up the mold, taping everything in place so that the bloomin’ thing won’t shift when I pour the plaster in it. The duct tape is sticking to the plastic drop cloths. The braces shift because I’m removing the tape from the plastic.Finally I get it all set up. So now I’m mixing the plaster. The dog runs by. I still don’t know how he got caught in the plastic sheeting, but the mold starts sliding off of the table. Now remember I’m mixing plaster and have a short window of time to get it poured.

I grab at the plastic to keep the mold from hitting the floor. The piece of board I’m using to stir falls on the floor. Now I have to mop up the spill before the dog gets into it. I get it all cleaned up and I’m ready to finish mixing the plaster, but it’s hardened in the bucket. SCREAM!!

Okay, so that day was a bust. Some things have gone delightfully well for Stephanie. She lucked out by finding a bow for $10 at a garage sale. When she showed the archery dude who was going to lend her a bow to use for the photo shoot, he told her what a bargain she got and he offered to buy it for $300.


Stephanie isn’t selling the bow. It will make an awesome visual aid at book signings and speaking engagements, along with the breastplate and sarong. She also plans to use gemstones that would be found in Nubia and will grind some of them to demonstrate how to make eye shadow. Now, that sounds like something that would interest Tween girls!


In addition to designing the costume, Stephanie spent hours braiding Makeda’s hair for the photo shoot. All that work on the cover paid off. Stephanie googled “Princess Kandake” to see what came up and was delighted to discover that her book won Royal Book Cover of the Month for January 2012 from the World of Royalty Blog. You can view the link here.
These are just a few glimpses into Stephanie’s inspiring and amazing journey, which has taken years of hard work and dedication. You can follow her blog here to keep up with the latest in her adventures. If you love history, Stephanie is doing a series about the ancient land of Nubia. Read the first in the series here.

Stephanie visited family in California for the holidays,
so some of the members of our critique group met
with her to see her book in print and to celebrate this milestone
in her writing career, plus the fact that she survived the heart attack
and is making a remarkable recovery.
She passed out trading cards. How cool!

On February 1st, print copies of PRINCESS KANDAKE – Warrior By Choice….Appointed to Rule will be available at Createspace and Amazon.


Note:  If you buy from Createspace (a division of Amazon), the author gets a much better royalty!


Ebooks will be available through Smashwords, Amazon, and Barnes & Noble.

19 Responses to The Making of a Leather Breastplate