Posted on December 23, 2011 by lynnkelleyauthor 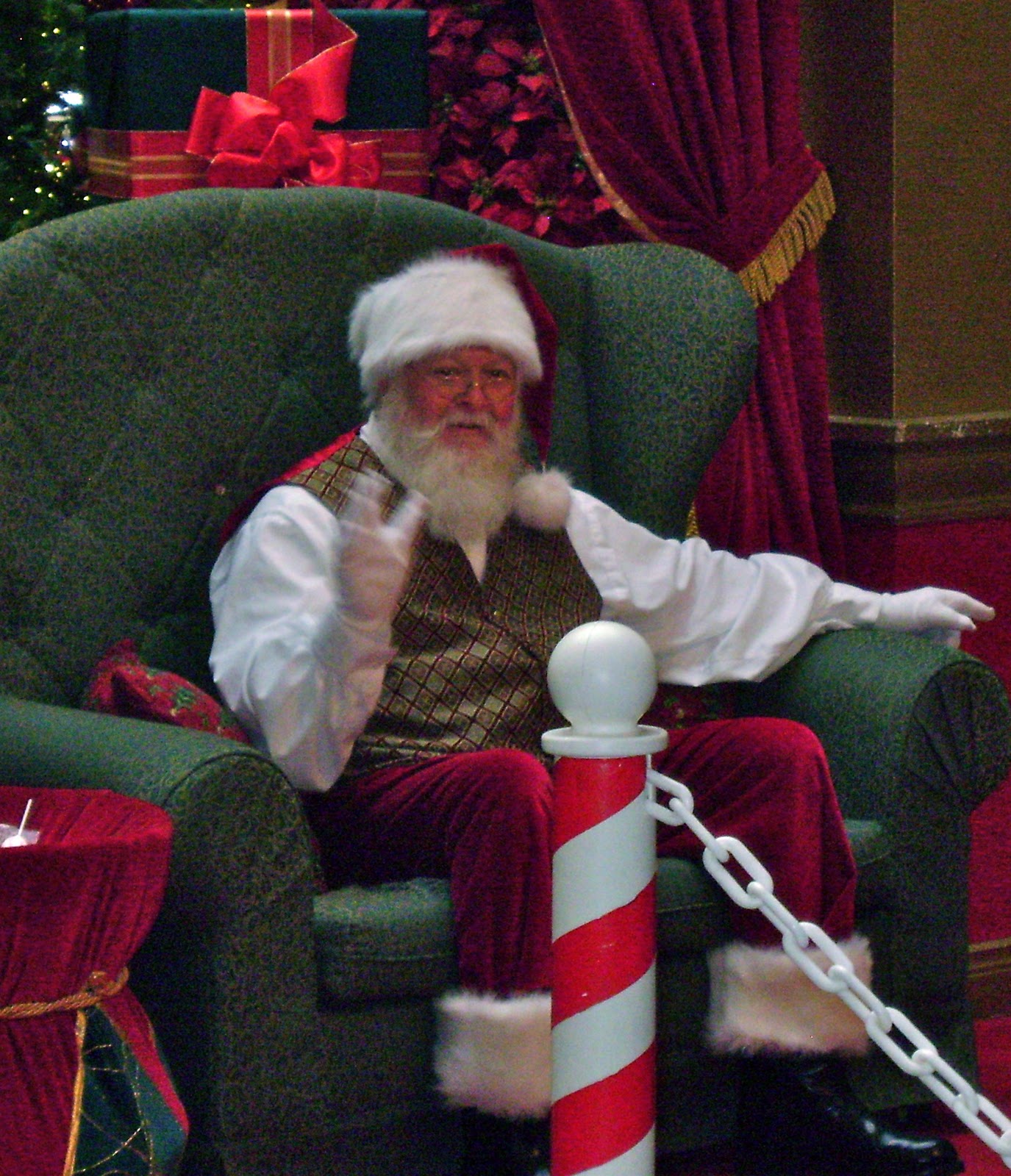 For those who no longer believe in Santa, my friend and co-author Maria Toth will tell you otherwise. She works at a craft store, and here’s what happened this week, in Maria’s own words:
At work a customer and her two young children stepped up to the cut counter with bolts of fabric. As I began to measure, I asked the brother and sister if they were excited about Santa Claus. They were quiet. Then their mom explained that she told her kids that there is NO Santa Claus.
Whoa, whoa, whoa. . . As I cut her fabric, I smiled at the kids and told them that Santa is very real. I happen to know this for a fact since I was an elf and worked at the North Pole in the Doll House.
I told them how every morning Santa came by and said good morning to all the elves.
And how Mrs. Claus makes the yummiest fudge and gingerbread with whipped cream.

And how the reindeer are real. I’ve seen them!
At this point, Mom is giving me this odd look. . . so, I stopped and said, “Ah, you still don’t believe, do you?” Then I told her that I could take a lie detector’s test and pass with ‘flying reindeer.’ (It’s true.) A curious smile began to sprout on Mom’s face, and soon her little girl began to tell me about the Easter Bunny. My co-worker tossed in a good word for the Tooth Fairy. I could see the magic in the children’s eyes. Sooo much fun!
BTW. . . I REALLY was an elf and worked at the North Pole! Honest.
So what can I say? Years ago Maria really did work at Santa’s Village!
Here are some memories from Christmases past:
Jolly Old Saint Nicholas isn’t jolly in this picture.
In fact, Santa looks downright bored.
Why are his eyes droopy?
Look at his hands.
Is he thinking that kids have cooties?
Puck and Tulip when they were little.
How can Burt go anywhere without Ernie? 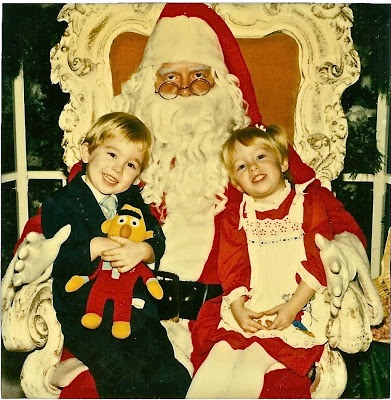 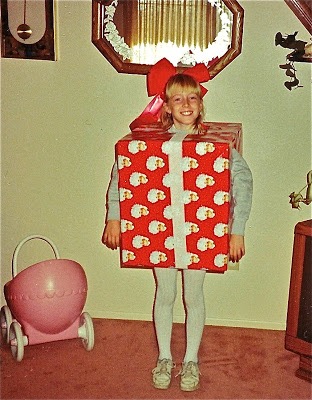 Tulip’s got the whole package!
She was in the Christmas Parade with her Girl Scout Troop. 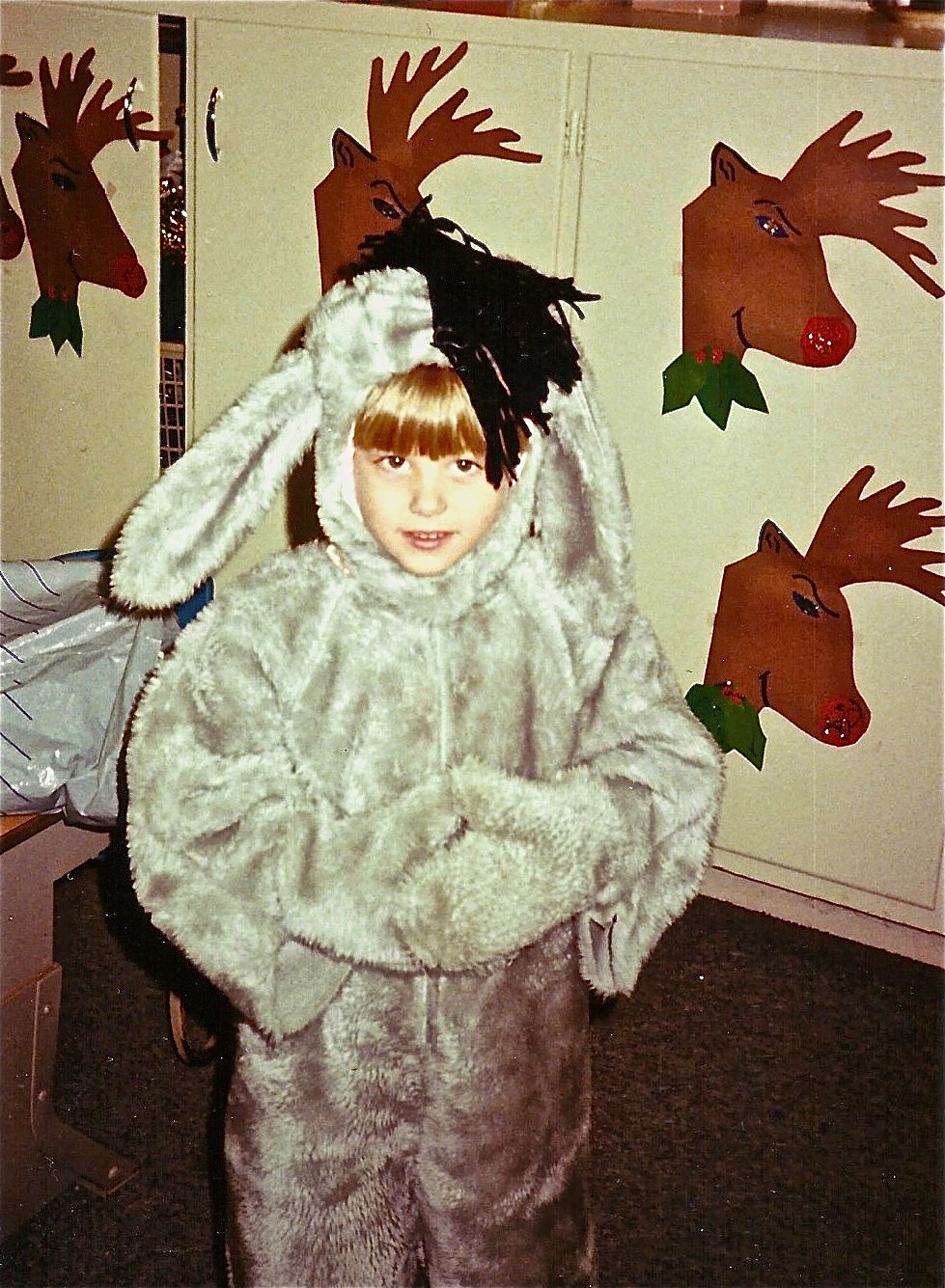 “I don’t want to be a queen!”
Lily was picked by Mrs. Weber, kindergarten teacher, to be a queen,
wife of one of the three kings, for the school Christmas play.
She opted to be a donkey instead! 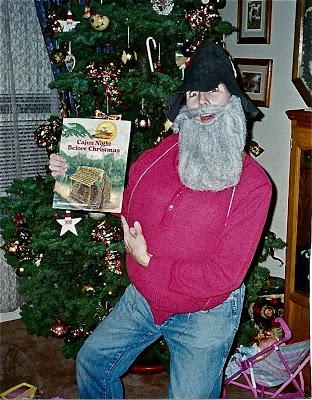 One Christmas Eve I entertained the family by reading
CAJUN NIGHT BEFORE CHRISTMAS by Trosclari.
Kids of all ages get the biggest kick out of this picture book.
So do adults. Such a fun read aloud!
One year I read it to every grade at my kids’ school.
I went to each classroom, from kindergarten all the way to 8th grade!
The middle school kids enjoyed it as much as the little ones.

To wrap things up (sorry, couldn’t resist saying that!) here are some quotes for you:I once bought my kids a set of batteries for Christmas with a note on it saying,
‘Toys not included.’  ~Bernard Manning

Guilt – the gift that keeps on giving.  ~ Erma Bombeck

Merry Christmas, my friends.
Do you have any special plans for the holidays?

16 Responses to Santa is Very Real!