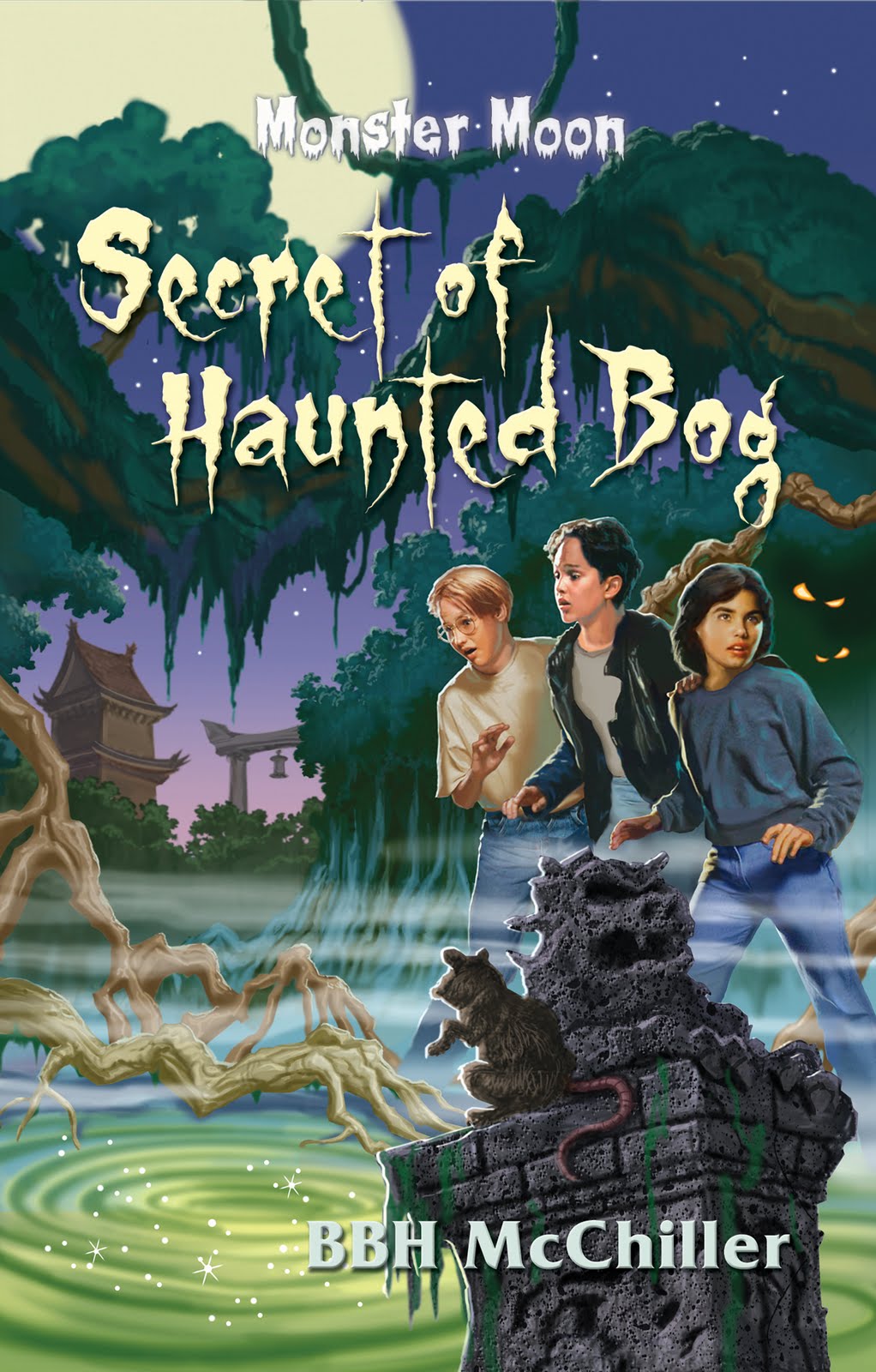 Click to order from Amazon
By BBH McChiller
For ages 8 to 12
Keep Out of the Bog!

Twelve-year-old AJ Zantony had heard rumors about the haunted bog near Old Chinatown. Now, in order to save Vlad, the pirate rat, he’s forced to face the dangers of the spooky marsh: toxic waterways, bog bodies, ghostly apparitions, buried secrets, even death. Danger lurks with AJ’s every step. Will he and his Zombuddies come out alive?

AJ Zantony is a sixth-grader whose passion is skateboarding. His goal is to become a world champion, but it’s hard to concentrate. He has a big problem–monsters. Real monsters! Attracting other-worldly creatures is a Zantony curse. He didn’t ask to be a monster magnet, but has to deal with it.
Emily Peralta has just moved to Craggy Cove and is having a hard time fitting in. It is never easy to be a new girl in school. Being a know-it-all doesn’t help. She loves snooping and believes there’s a scientific explanation for everything- including monster sightings.
Freddy ‘Hangman’ Gallows wins friends easily with his never-ending sense of humor and practical jokes, but as soon as kids discover that he lives above a mortuary (where his dad is a mortician), friendships turn as cold as the corpses in the basement. Watch out for Freddy’s pranks!
Mei Yen, a first generation Chinese-American, lives in New Raven’s old Chinatown. She struggles between two worlds–modern America and her family’s traditional ways. She is willing to face danger to protect a family secret.

Who is BBH McChiller?
BBH McChiller is the pseudonym for three Southern California writers. Writing together has been a rewarding adventure for them. The authors of Monster Moon are featured in episodes of the Los Angeles based educational television show, Homework Hotline, in its series on Storytelling. (KLCS, Los Angeles)

Lynn Kelley worked as a court reporter for 25 years. She is the author of the picture book, Merry as a Cricket (WhipperSnapper Books). Her story, “The Jobo Tree” won her Highlights For Children’s Author of the Month award.  She has written for the Highland Community News and is currently working on a Young Adult novel. She’s a big scaredy cat and is afraid to watch horror movies.

Kathryn Sant is a retired Obstetrician who has witnessed the births of thousands of future readers. She has published a middle-grade novel, Desert Chase (Scholastic), and written for the Society of Children’s Book Writers and Illustrator’s newsletter. She is currently working on a middle-grade boys’ adventure novel. Her interest in adventure, accurate research, and genealogy has led to a love of world travel, but she also enjoys quiet evenings, reading, with her dogs at her side.
Maria Toth has a background in journalism. Her work, including children’s stories, has appeared in The Los Angeles Times and the San Bernardino Sun. She is a Reading Buddy at local schools and has appeared on Storytime, a children’s television program. She just finished her MG historical novel, Butterfly Hollow. Her favorite holiday is Halloween. She enjoys ghostly tales and reading epitaphs at historic graveyards.
Who’s the awesome illustrator?
Greg Martin is a freelance illustrator who grew up on a constant diet of cartoons. His animation creations have been used by studios such as Disney, Hanna-Barbera, Warner Brothers, and Marvel Productions where he was key designer in the animation department. He is a graduate of the Art Center of College of Design in Pasadena, Califronia. Mr. Martin currently resides in Colorado. 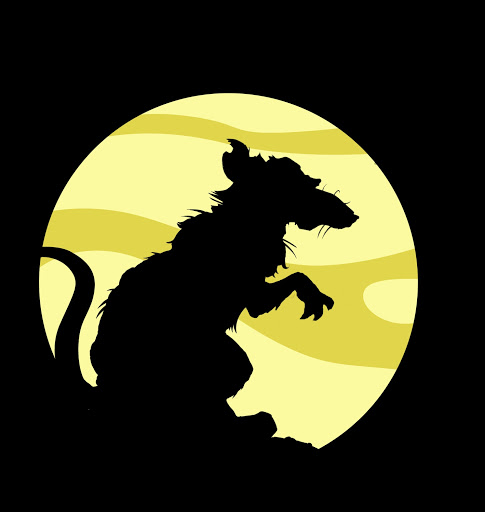 14 Responses to Release of Secret of Haunted Bog – Kidlit